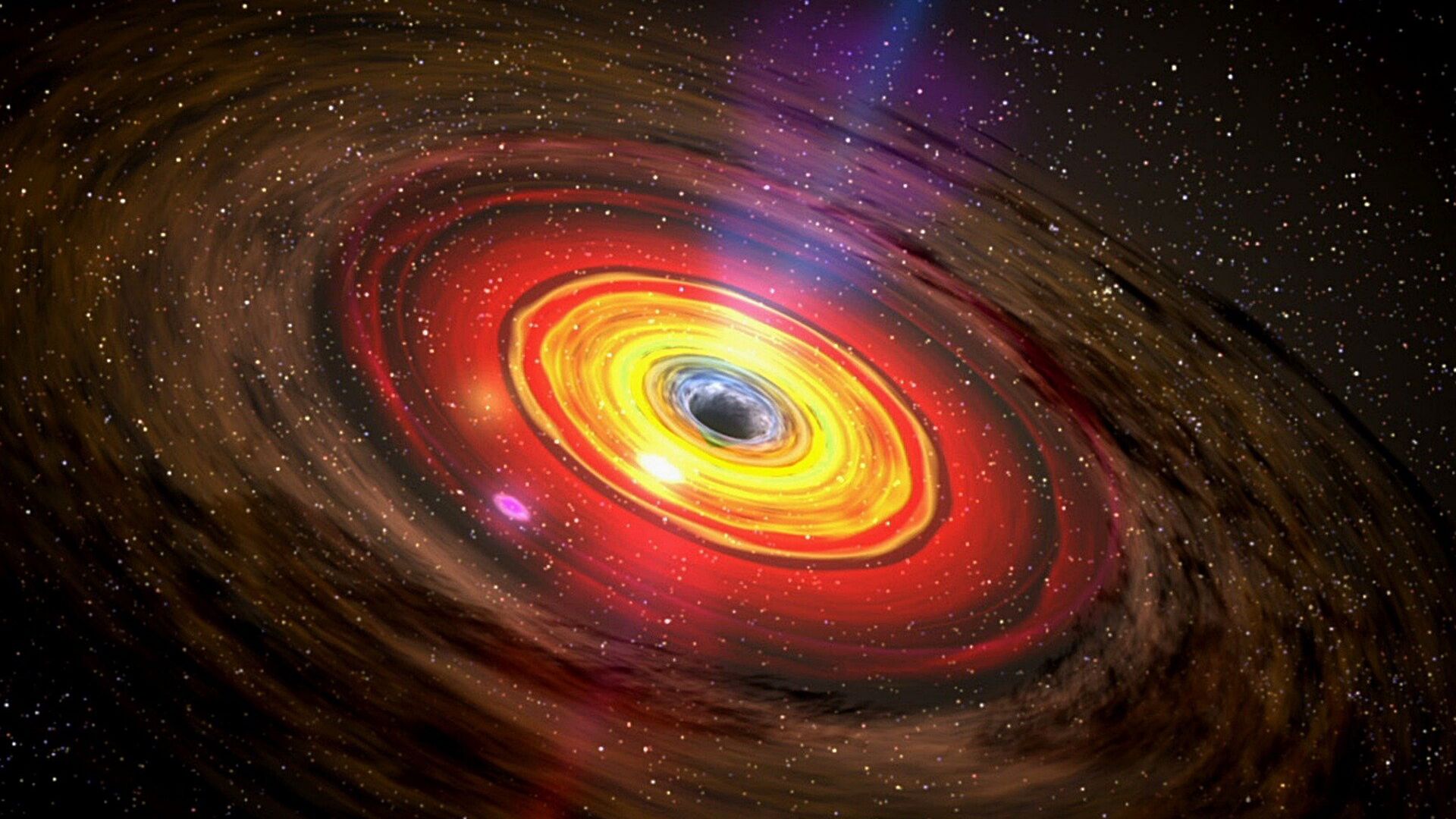 What is the probability that the Earth will someday be sucked into a black hole? And if it does happen, then how?

Experts believe that the chance that the Earth will ever collide with a black hole before it is swallowed by the Sun – which will happen in about five billion years – is practically zero.

“To begin with, outer space is called that for a reason,” said University of Rhode Island Physics Department professor Doug Gobielle. “The average density of luminous matter in the universe is about one proton per cubic meter. In the galaxy and the solar system, the density is significantly higher, but still virtually non-existent.

“Objects that we consider ‘large’ and ‘dense’ are quite rare in the Universe: these are planets, stars and their associated remnants – white dwarfs, neutron stars and black holes,” Gobiel explained.

Although there are countless stars in our galaxy alone, chance encounters between them are extremely rare due to the huge distance between objects, said Jonathan Zrake, assistant professor of physics and astronomy at Clemson University.

“Apart from a super-advanced civilization with virtually unlimited resources and energy, which will deliberately “launch” a black hole into the solar system, such a collision is so unlikely that it is almost zero,” said Gobiel.

“We don’t usually worry about stars passing through the solar system, so this can be extrapolated to the rest of the objects in the galaxy,” he said.

“From time to time, stars come close enough to knock out a few comets from the farthest extremities of the solar system, the so-called Oort Cloud, – this affects their gravitational influence on the solar system. Surely the same will be with black holes and other compact masses that wander outside the solar system,” he said.

According to experts, even the closest black holes to our solar system are too far away to affect us in any way.

For example, to V616 Monocerotis, which is considered one of the closest, more than 3,000 light years away.

“Even if a black hole swallows its twin star, its mass will not be enough for anything other than a few bursts of radiation,” Gobiel emphasized. “At this distance from the Earth, we will generally notice this only through powerful instruments. And the impact on the Earth is completely will be null.”

Black holes fall into two main types: stellar and supermassive (although recent research has shown that there is probably some intermediate class). Stellar black holes are several times as massive as our Sun. Supermassive black holes can have masses from a few million to billions of suns.

Stellar-mass black holes like V616 Mon are the remnants of massive stars that died in cataclysmic cosmic explosions—also called supernovae. The nearest star that could theoretically form a black hole is Betelgeuse, the second brightest star in the constellation of Orion.

Betelgeuse is nearing the end of its life and is likely to produce a supernova sometime in the next 10,000 years or so, according to Zreik. But it is also located about 500 light years from us, and even if it really turns into a black hole, this will not have any effect on the Earth.

Black holes are thought to be all-powerful cosmic vacuum cleaners that gobble up everything in their path, but Gobiel says that’s not the case at all.

“Generally speaking, black holes absorb matter terribly badly,” he said. “The answer to the question of why black holes have not yet swallowed the universe is that they are in most cases extremely inefficient and do not grow well.”

If a black hole somehow gets close to the Earth (for example, closer than the orbit of the Moon) and moves slowly enough, then our planet will certainly be torn apart by incredible gravity.

“The Earth will lose its atmosphere and oceans, and molten metal will pour out of the Earth’s mantle into space,” Zreik said.

Terrestrial fragments will fall into orbit around the black hole and evaporate into an ionized gas consisting of atoms or molecules that have lost an electron or, conversely, gained an additional one. The gas forms a ring of material around the black hole, called an accretion disk, and most of it will be consumed in a few hours or days, Zreik said.

“The released energy will drive powerful streams of plasma into space – one of the four basic states of matter – and give high-energy radiation. Astronomers from nearby planets will certainly notice a burst of radiation,” he said.

But the chance that this scenario will materialize is astronomically small. Slightly more plausible, but still unlikely, is a scenario in which a black hole gets close enough to somehow affect the Earth, but not close enough to swallow our planet.

The main danger, at least for life on the planet, is the case in which a black hole perturbs the Earth’s orbit so much that the climate changes or a huge amount of debris from the solar system (asteroids, comets and satellites) moves towards us with a high risk of collision, explains Zreik. .

“Life on Earth will certainly survive, but humanity and most of the multicellular species on Earth are unlikely to survive,” Gobiel concluded.

Deputy of Putin’s party Fedorov demands to cancel the recognition of the independence of Lithuania by the USSR – news from Ukraine, World