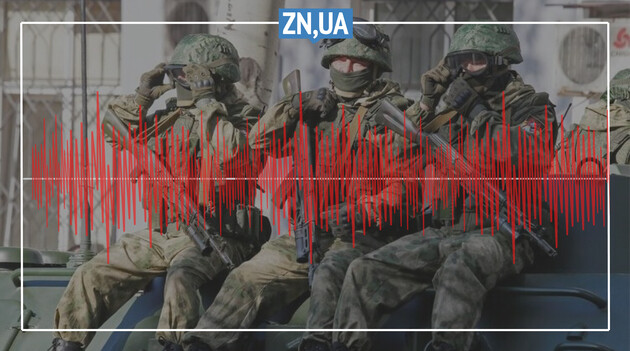 Ukrainian servicemen almost completely defeated the units of the western military district of the Russian Federation, and those invaders who managed to survive refused to participate in hostilities against Ukraine. This is evidenced by a new audio interception of the conversation of the invaders, published by the Security Service of Ukraine in Telegram.

The military of the Russian Federation, who is now standing with a unit on the territory of the Kharkov region, complains to his wife about significant losses in battles. And he says that “there is almost no western district, because it is all in Russia – refuseniks.”

The SBU explained that the specified district, in particular, includes Moscow and St. Petersburg, as well as the “military elite” who were trained to counteract NATO.

However, the Russian leadership sends mostly volunteers to the front line.

“Only “Easterners” dangle past me, there are almost no “Westerners”. Because all the equipment is knocked out: either the tower does not work, or the wheels are punctured, or something else … And so, purely volunteers go to the front and that’s all, ”adds the occupier.

Read also: Intelligence figured out the military of the Russian Federation, who boasted over the phone about the murder of 10 fighters of the Armed Forces of Ukraine

He also complains that many Russian officers died in the war against Ukraine. And he adds that his troops are facing a shortage of officers, drivers and other military personnel.

According to the Russian, because of this, the Russian army stands still. The same volunteers who arrive to participate in hostilities are thrown into the infantry to be used as “live meat”.

Earlier, from the intercepted conversation of the invaders, it became known that Permission for looting in Ukraine to the Russian military was personally given by Russian President Vladimir Putin.

What are the salaries in Lviv, Chernivtsi, Rivne

Biden is going to the Middle East: maybe something will work out there