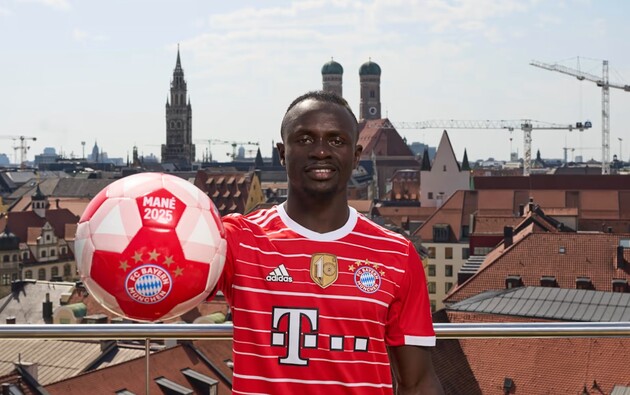 Bayern Munich completed the transfer of Liverpool striker Sadio Mane, about which reported press service of the German club.

The 30-year-old Senegalese football player signed a contract until the summer of 2025. According to insiders, the amount of the transfer was 32 million euros, and another 6 million were included in the deal as bonuses.

Mane’s salary at Bayern will be 20 million euros before taxes.

Sadio Mane Played for Liverpool since 2016 after a transfer from Southampton and was one of the main stars of the English club. With Liverpool, the winger won the Premier League, the Champions League, the UEFA Super Cup, the Club World Cup, as well as the FA Cup and the League Cup.

Last season, the Senegalese scored 23 goals and made 5 assists in 51 matches for the Premier League club.

Read also: Ukrainian talent from Dnipro-1 is close to being transferred to the Premier League club

Previously, it was reported that Benfica announced the transfer of Shakhtar star player.

Battle for Donbass – the situation in the Lugansk region

in “Our brothers”, Rachid Bouchareb probes the injustice of a police crime