The most difficult yesterday was in three directions: Slavyansk, Bakhmut and Avdeevsk.


© Ministry of Defense of the Russian Federation

The General Staff of the Armed Forces of Ukraine reports that yesterday the defenders liquidated 130 Russian soldiers. After that, the number of casualties among the personnel of the Russian army increased to 34,230 people. This is reported press service of the General Staff.

Losses of Russians in the war as of June 11:

“The enemy suffered the greatest losses in the Slavyansk, Bakhmut and Avdeevsky directions,” they say in the General Staff. 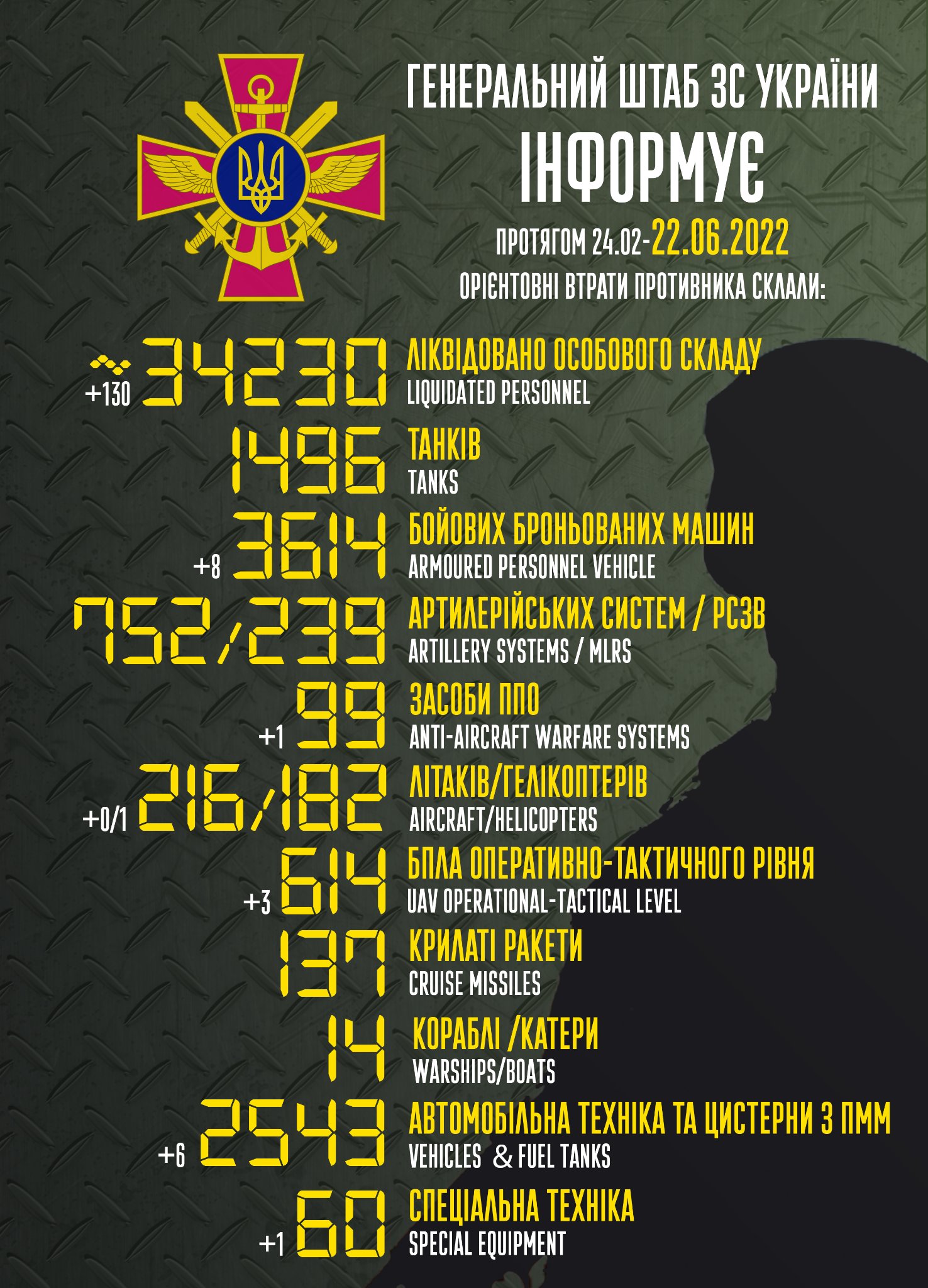 Read also: Ukraine spends up to $6 billion on war every month – USAID

The head of the Lugansk OVA, Sergei Gaidai, said that due to the lack of qualified medical care, the Russian military die after being wounded in 50% of cases.

In the Lugansk region, the intensity of fighting has reached a peak