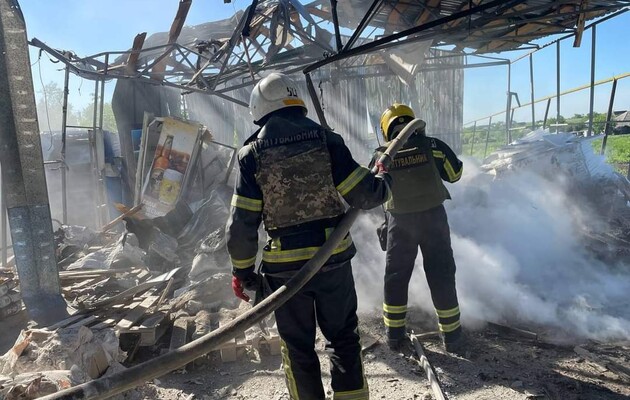 “In the Seversk direction, the enemy, in order to demonstrate their presence, is holding up to three battalion tactical groups and units of airborne troops in the border areas of the Bryansk and Kursk regions. The enemy fired mortars and cannon artillery at the areas of the settlements of Seredina-Buda, Miropolye, Sumy region, as well as the settlement of Gremyach, Chernihiv region,” the General Staff said in a statement.

Also, the Russians are trying to prevent the advance of the Armed Forces of Ukraine in the north of the Kharkiv region to the border. They conduct aerial reconnaissance in order to detect the locations of our troops.

The invaders are also conducting massive artillery shelling of Ukrainian positions near Kharkov, Stary Saltov, Rubizhne and Chepil. In addition, the enemy fired cannon and rocket artillery at civilian infrastructure in the areas of the settlements of Ukrainka, Petrovka, Shevelevka, Bazalievka and Prudyanka.

Recall that the day before during the shelling in Bezruki, Dergachev community, an 8-year-old girl died. BUT five people died in Kharkiv itself.

“We won’t break through the knee.” How Russia is getting rid of the Bologna system of education