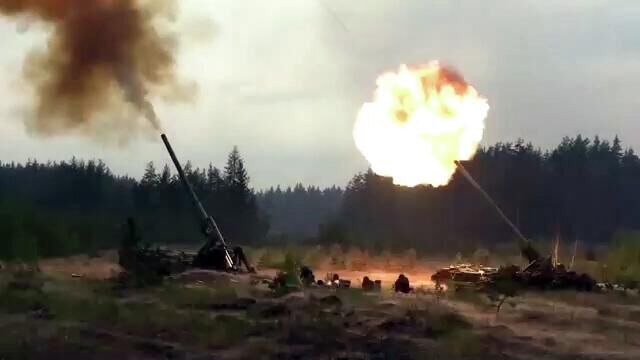 Since the offensive near Popasna, which I wrote about last week, Russia won the first real victory on the Ukrainian battlefields. The offensive in Popasna ended in a breakthrough for a number of reasons.

First, for the first time in three months of hostilities, Russia broke the enemy’s defenses in the territory to which the Ukrainian forces paid the closest attention. All of its past achievements were in areas that were not a priority for the defense of Ukraine.

Secondly, the Russian troops for the first time managed to bring the offensive to the end. Prior to this, conquests were limited to logistical support and supplies. Faced with resistance, the Russians could not maintain pressure for more than a few days.

Third, Russia has advanced more than a few kilometers for the first time and is threatening a further breakthrough. Its latest offensive threatens to cut Ukrainian supply lines to the large city of Severodonetsk on the eastern bank of the Donets. Severodonetsk is the last of the cities in the Luhansk region. By taking control of the entire Luhansk region, Russia will win a powerful symbolic victory.

On the other hand, for the first time the Ukrainians were unprepared for a Russian offensive and did not receive reinforcements in time. So far, the Ukrainians have always been one step ahead: each time they managed to gather enough resources to resist.

Although the offensive near Popasna ended in victory and showed for the first time that Russian forces could push back the Ukrainians, it is too early to talk about a turning point.

In ten days, Russian troops advanced a maximum of 25 kilometers. They are still 20 kilometers from the large city of Lisichansk (hereinafter the author writes “Lychansk”, – approx. transl.) on the western bank of the Donets is the twin brother of Severodonetsk. Even though the Russians threaten Ukrainian supply lines, the battles for Lysychansk and Severodonetsk still lie ahead.

Last week I suggested that the Russians “at best will reach Lisichansk.” Now this prospect is more real than last week, but the probability still does not exceed 50%.

There are still many unknowns in this equation, so it is impossible to say for sure what turn events will take in the next few days. The only thing that can be reliably stated is that both Ukrainian and Russian forces in the area are severely exhausted. This can be seen in all the photographs from the war zone, whether Russian or Ukrainian.

But which side got off lighter and suffered fewer losses? Who will be able to send reinforcements into battle faster? Who has the best supply? Some of these key questions remain unanswered today. For three months of the conflict, Ukrainians are leading in all these indicators. The coming weeks will show if they hold that lead.

Firepower was decisive in the Russian breakthrough near Popasna. But this advantage will only be maintained if the Russians provide a supply of ammunition even as they move forward. So far, they have not succeeded, but perhaps the situation is changing.

But all this is only a small part of the front. Severodonetsk has great symbolic significance for Ukrainians, but even if it falls, it is only a tiny part of a large country.

When Russia refused to storm Kyiv and withdrew its troops from northern Ukraine, I wrote that “the second stage in the Donbass will be brutal.” This was six weeks ago. I expected that the general battle would take place near Izyum, where the Russians concentrated their largest forces.

From here they had the opportunity to conquer the entire Donbass. But they failed to break through the Ukrainian lines near Izyum, and besides, they squandered a significant part of their offensive potential. The offensive near Popasna has a much more modest scale and purpose than I expected.

However, my assessment remains the same: for a larger offensive, Moscow does not have enough personnel. It is unlikely that she will send significant reinforcements to Ukraine in the coming months. True, there are unconfirmed reports that Russia is withdrawing troops from Syria. In this case, she will receive a lot of units ready for battle. The situation will change radically.

Thus, it is essential for the Ukrainian side to have as many longer-range artillery and missile systems as possible than the Russians. Western artillery systems have already been deployed in the east of the country, but, obviously, they are still not enough for a large-scale counteroffensive.

A ceasefire and a return to a “frozen conflict” are unlikely to await us. The most likely scenario now is a brutal war of attrition. Of decisive importance here will be the supply of weapons to Ukraine.

Bulgarians: you can pay for gas in rubles, if only it was cheaper