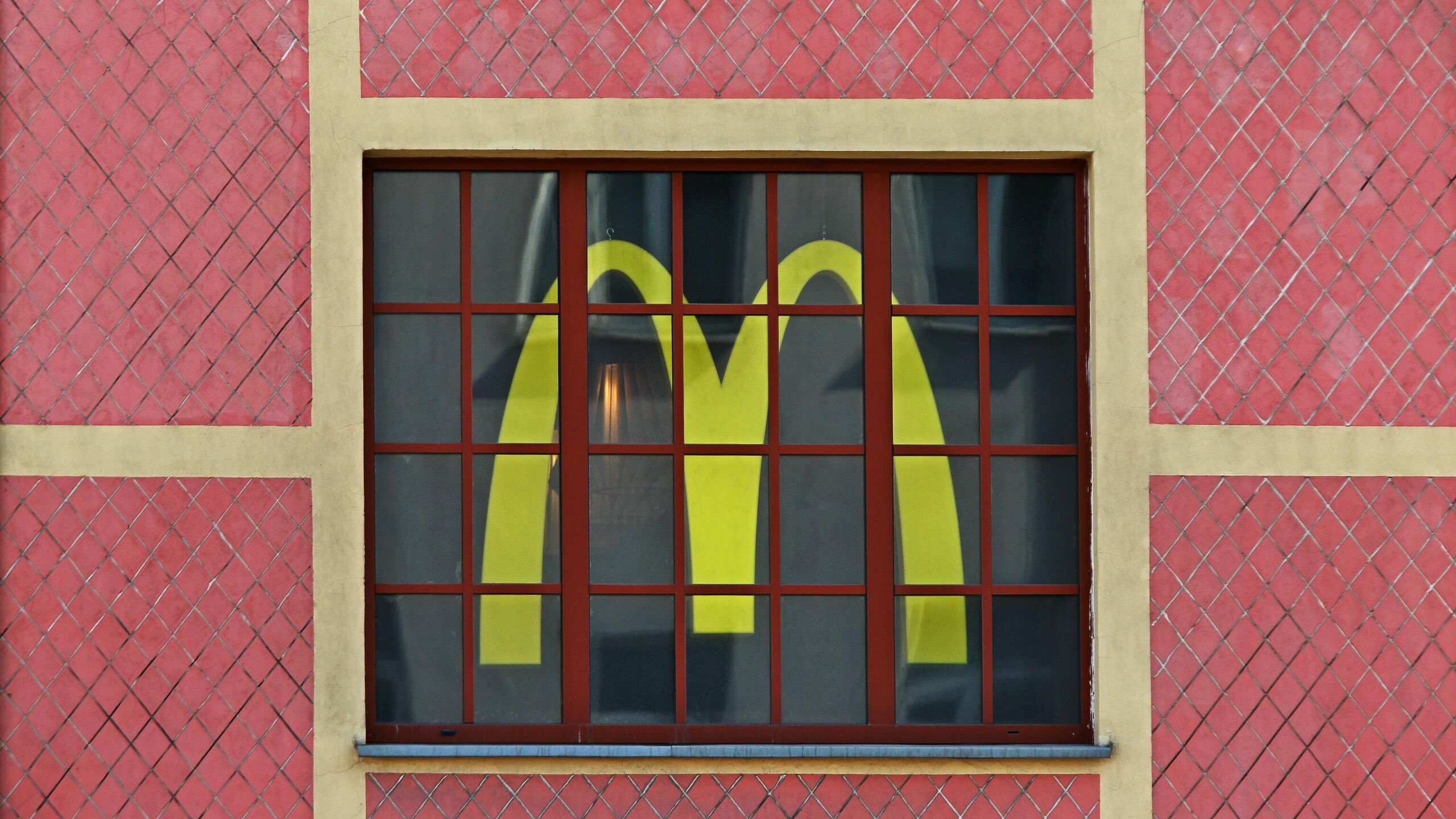 “Today’s sanctions against Russia in the field of energy are a complete failure,” famous politician Jordan Bardella tells us. Is it really?

Considering that an embargo on Russian coal is due to take effect in August, and an embargo on oil will soon follow, “these economic sanctions make Russia much richer, because it benefits from the Ukrainian conflict, it makes super profits. It uses the fact that the embargo led to a sharp rise in prices,” said Jordan Bardella. Another indication of the good state of the Russian economy, he said, is the “historically high” ruble exchange rate and the recent cut in the discount rate of the Central Bank of Russia. (Admittedly, the decline followed a sharp increase a few weeks ago.) So, is Moscow really benefiting economically from international sanctions? Will this continue in the long term?

Looking at the main economic indicators, one cannot say that Russia is getting richer. Its gross domestic product (GDP) is expected to decline in volume this year, with forecasts ranging from -8% according to the Central Bank of Russia to -10% according to the European Bank for Reconstruction and Development (EBRD). Inflation is expected to reach 20% by the end of 2022. True, this forecast comes from the IMF and the Central Bank of the Russian Federation, and not from independent economists.

“The conflict and sanctions have contributed to creating a situation where the Russian economy is experiencing inflationary imbalances that will affect the purchasing power of Russians,” said Julien Vercuy, a Russia specialist at the National Institute of Oriental Languages ​​and Civilizations (INALKO).

In the energy sector, the situation is more ambiguous. As the world’s largest exporter of natural gas and the second largest exporter of crude oil, Russia is taking full advantage of the surge in market prices. Thus, a barrel of Brent oil (oil from the North Sea) has averaged $100 since the beginning of the year, compared to about $70 in 2021. Due to Europe’s attempt to abandon Russian gas, gas prices in the European market have risen from 40 euros per MWh in the summer of 2021 to almost 100 euros today. The price of thermal coal has exceeded $300 per ton.

But “the rise in prices for hydrocarbons is not associated with sanctions or even with a special operation,” says Julien Vercuy. Prices have risen sharply since the end of 2021, and for coal even since the summer of 2021, against the background of the recovery of national economies after the coronavirus. As for gas, which hit historic highs in the fall, the rise in prices was provoked partly by Russia itself, but at the same time by the clumsy actions of EU countries against Russia, said Marc-Antoine Ile-Mazzega, director of the Center for Energy and Climate at the French Institute of International Relations (Ifri). “From the autumn of 2021, the Russians are supplying less gas to Europe and maintaining maximum market tension,” he said. Of course, the Ukrainian conflict and international sanctions against the Nord Stream 2 gas pipeline increased price tensions, but they were not the root cause.

Lower prices in the markets

Jordan Bardell’s assertion of Russia’s “superprofits” can be backed up by a study by the Finnish Center for Energy and Clean Air Research (CREA). The document, dated late April, indicates that Russia received 63 billion euros from the sale of oil, gas and coal in the first two months of the Ukrainian conflict, of which 71% (44 billion) came from the EU. “This is almost double what the European Union spent last year over the same period,” Lauri Müllivirta, chief analyst at CREA, told France 24. And this despite the fact that oil supplies to the EU fell by 20%, and coal – by 40%.

According to Jordan Bardell, Russia is also turning towards new economic partners such as Egypt and India. “Since the beginning of the special operation in Ukraine, India has bought twice as much oil from Russia as in the whole of 2021,” the MEP said on the France Info radio website. But he did not say that the tense geopolitical situation “is forcing Russian producers to offer price cuts for the sale of their hydrocarbons, sometimes very significant,” according to Marc-Antoine Il-Mazzeghi. “The Chinese are asking for a 25 to 30% discount, the Indians too, because they are in a strong position,” adds Thierry Bro, a French energy geopolitician. The Russians are really concerned about finding new markets for large volumes of oil, coal and gas, the main buyers of which were the EU countries before the conflict began.

Serious problems in the future

Currently, despite the discounts provided, the economic balance looks favorable for Russia due to high market prices. On the other hand, the Russian economy, heavily dependent on fossil fuel exports, could suffer in the long run. According to the IMF, international sanctions and Europe’s desire to abandon Russian hydrocarbons by 2027 could eliminate 60 to 70% of current demand for Russian oil and gas in the coming years. Therefore, Russia needs to redirect its exports to other regions.

There is also nothing to suggest that the new partners that Moscow is turning to, such as Beijing and New Delhi, will be able to absorb the volumes supplied so far to Europe. In addition, logistical difficulties will immediately arise. For oil, “the transition will be difficult,” says Julien Verkouil. Shipping black gold by sea to China or India “takes two months round trip, compared to 4-5 days to Europe,” according to Marc-Antoine Ile-Mazzega. For coal there will be the same obstacles.

As for gas, “replacing it will be more difficult because it requires infrastructure,” explains Marie-Eugenia Sanin, lecturer in economics at Paris-Saclay University. The vast majority of gas exported from Russia passes through pipelines. Moscow’s problem is that almost all of them are focused on Europe, except for the Power of Siberia gas pipeline, which has been linking Russia with China since 2019. If the EU decides to cut or even stop its imports, “Russia has no short-term alternative,” says Julien Vercuy. Its economy may suffer losses. Especially if, at the same time, oil prices continue to fall. According to the economist, nothing good awaits Russia if, for example, Saudi Arabia decides to increase production. And the slowdown in economic growth in China and global inflation, which will encourage central banks to raise interest rates, will lead to a slowdown in economic growth and, consequently, to a fall in the price of black gold.

Thus, it would be wrong to say, as Jordan Bardella does, that Russia “benefits” from European sanctions. In fact, the country is now benefiting from rising prices in the markets. But, on the one hand, the rise in prices is not related to the conflict or sanctions, although the latter have strengthened it. On the other hand, if Europe permanently refuses oil, coal, and especially gas from Russia, the consequences for both the Russian and European economies could be extremely detrimental.

I don’t know if the sanctions are enriching Russia, but there is no doubt that they will ruin the European economy! And our cabinets of ministers, which are replaced along with the presidents, continue to promise the people some sort of “increase in purchasing power.”

As soon as hostilities end, trade and export of Russian gas to Europe will resume. Business first!

The peculiarity of this US-Russian confrontation is that it is not the US that is fighting against Russia, but the Pentagon against the Kremlin. Ukraine is the first to pay the highest price for this, followed by the EU. France found herself between two fires, and it is completely out of her hands to rake in the heat for others. We should stay away from this conflict, stop the supply of weapons and abandon the sanctions.

Sanctions are ineffective. Putin knows this and uses it. This weakness in Europe is the result of the irresponsible and suicidal energy policy of Germany, which, under pressure from environmentalists for 30 years and with Merkel’s stunning inconsistency, moved away from nuclear energy. Worst of all, through Brussels, Berlin has imposed its pernicious energy policy on the rest of the EU, including France. Hollande and Macron became his accomplices after the flooding of several nuclear power plants.

Don’t throw away the radish leaves! Here’s what you can do with them

Why do women’s NBA stars go to Russia? It’s not about the money