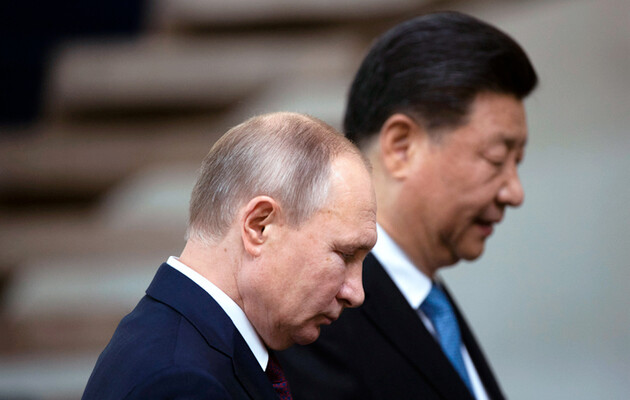 The Russian invasion of Ukraine has greatly complicated US military and diplomatic calculations, but it has not changed Washington’s belief that China is a far greater threat.

The Pentagon sent out a newsletter to US officials outlining the Joe Biden administration’s national defense strategy. It says that the US prioritizes deterring Chinese aggression in the Indo-Pacific region, and only then the Russian challenge in Europe. But this assessment may change even during the years of the Biden presidency. because Vladimir Putin’s aggression in Eastern Europe is a much bigger military problem than anything Beijing is doing in the East right now. The Russian autocrat describes his invasion of Ukraine as the beginning of an alternative world order that is not dominated by the US. About this in an article for Forbes Lauren Thompson, director of the Lexington Institute, writes.

The author notes that Putin rarely misses an opportunity to remind the world that Russia has a nuclear arsenal capable of destroying the West in a matter of hours. Such rhetoric cannot be compared to everything that Chinese leader Xi Jinping says in public. Of course, you can talk as much as you like. But there are better reasons to believe that Washington will have to reconsider its pivot to Asia. Thompson lists five of them.

Read also: Focus: Merkel believes that Putin’s invasion of Ukraine is connected with her resignation

First of all, it’s geography. China and Russia alike have a history of developing empires over many centuries. But the geographic circumstances that dictate their security goals are different. European Russia occupied a large area from the Urals to the North Sea. And there are practically no obstacles for expansion in the western direction. In turn, China is surrounded by large geographical barriers: these are mountains, and deserts, as well as the Pacific Ocean. One of the reasons why Taiwan plays such a big role in Washington’s Indo-Pacific strategy is that the small island nation remains the only place Beijing’s military power has a chance of occupying in another decade. You can’t say the same about Russia. Without reliable Western defense, the Russian army can occupy a large number of neighboring countries: from Moldova to Finland. Putin’s rhetoric reinforces the belief that Ukraine is only the beginning of a new era of Russian imperialism.

The second reason is leaders.. Xi Jinping and Vladimir Putin can be called elderly dictators who do not want to let go of power. In order to remain at the head of their countries, both play with national grievances that foreigners allegedly inflicted on their peoples in the past. However, Xi Jinping’s approach to increasing Beijing’s global influence is multi-layered and not based solely on military force. Putin’s approach in recent years has been based solely on the use of the army to take control of foreign territories. Expert Ishaan Taroor wrote in an op-ed for the Washington Post that Putin’s neo-operalist thinking is based on “assertions of a mystical destiny that transcends any geopolitical imperatives, for which Russia is bound to take on the West.”

Xi Jinping, no doubt, has his own concept of China’s special destiny. But it does not provide for the occupation of territories outside Taiwan. Unlike Putin, who compares himself to the conqueror Peter I, Xi does not compare himself to the Qing emperors who doubled China’s territory. The success of his plan does not depend on the successful conquest of his neighbors.

The third reason is the nature of the threat.. Putin makes such a big bet on military force because of the weakness of all other available tools. The Russian economy, heavily dependent on fossil fuel exports, cannot compete with the West and advanced technologies. In any non-nuclear war with the West, Russia is quickly defeated due to a lack of the latest weapons and economic resources. What Putin so often refers to Russia’s nuclear arsenal is a sign of weakness, reflecting that even in the military dimension, his country is no match for Western rivals if they are united.

In the case of Beijing, the situation is different. By joining the WTO in 2001, China has become the world’s largest industrial nation. Its industrial capabilities are superior to those in the United States, Japan and Western Europe combined. Its own technological capabilities are constantly advancing, and in some areas, Beijing has world leadership. If China simply maintains its economic vector, which it has developed over the past two decades, it will become the dominant global power even without a first-class military. In the case of Russia, this is unrealistic. Its attempts to catch up with other economies have failed. Therefore, only the military methods of realizing Putin’s dreams of “greatness” remained.

The fourth reason is the intensity of the threat. Even though China is rapidly building up its forces, its military threat outside of Taiwan is mostly hypothetical. In the case of Russia, the military threat is obvious and can persist for many generations. British Prime Minister Boris Johnson and NATO Secretary General Jens Stoltenberg warned that Russia’s war against Ukraine could drag on for a long time, perhaps even years. Even if the bloodshed stops, Russian troops will stand on the border of half a dozen NATO countries. Therefore, the threat of war will not disappear from Europe, regardless of how Putin’s current aggression ends. The intensity of the war makes ignoring Moscow’s behavior impossible. At present, the threat from China in the western Pacific region is more vague. Even if Beijing’s current military expansion continues, the Chinese challenge will primarily be economic and technological. The number of US troops in the Pacific will not change the fact that China is constantly commercializing innovation faster than America.

Read also: NYT: Russian war against Ukraine could be either prelude or finale

And the last reason is how much the threat can be handled. Because China poses a regional military threat, the solution is relatively easy to envisage. For example, one could permanently deploy an armored brigade to Taiwan to deter any potential invasion. In Europe, the solution is much more difficult to find. Because, for example, there are natural barriers between countries like Japan and China. But in Europe they are not. Moscow’s lightning strike against several neighbors could succeed before the US can even mobilize forces. And whatever the Western reaction, one has to consider that Russia has thousands of tactical nuclear warheads in the region. Thus, the Russian threat in Eastern Europe will increasingly dominate Washington’s strategic calculations. China has more options and more sophisticated leadership. He will be able to increase his influence in the East without the methods Putin uses.

Shelling Donetsk region June 11 – A lot of destruction, there are wounded and dead

11 wagons with grain from Ukraine overturned in Romania

In Bulgaria they heard the words of Rogozin about "Sarmat". But don’t be afraid