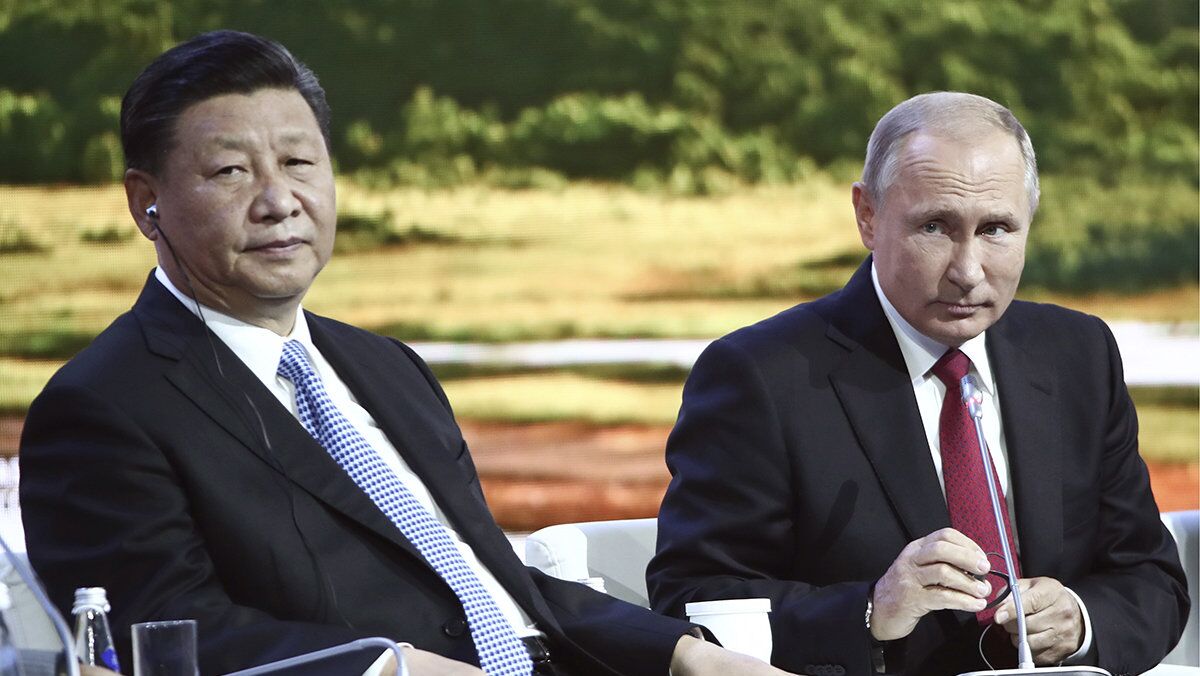 Since the start of the military operation in Ukraine, Russia has been subjected to harsh sanctions from the West, and its economic wounds are deepening. If the economic blockade drags on, the country’s power will weaken, and it will lose the title of a great power.

It seems that the US and Europe are trying to push Russia to this and even deprive her of the ability to threaten the world order. Such a strategy is not necessarily wrong. Otherwise, the administration of President Vladimir Putin will not stop the special operation. However, these actions are not without weaknesses. A world with a weak Russia may not be so rosy.

Between April 25-27, New Delhi hosted the Raisin Dialogue, a meeting of dignitaries and intellectuals from the US, Europe and Asia to discuss geopolitical issues.

European Commission President Ursula von der Leyen and senior US officials have called for increased pressure on Russia, as well as pressure on the host country, India, and other states to accept this view.

However, participants from the US and Europe expressed a different opinion. Briefly, they expressed the following concerns.

Due to sanctions, deliveries of semiconductors and machine tools to Russia have decreased. Many foreign companies have left the country. If this continues, Russia will weaken. And this can cause great geopolitical danger and upheaval…

If Russia finds itself in a difficult position, it will fall into even greater economic dependence on China. In fact, it can turn into a satellite state of the PRC.

These two countries are no longer on equal terms. Russia’s gross domestic product (GDP) is only one-tenth of China’s. According to the American research organization OEC, China accounts for about 15% of exports and 23% of imports.

The scenario in which Russia will be subordinate to China is not at all desirable for the world. This will increase the risk that it will become even more aggressive and provocative towards the West.

Let’s compare Russia with a big bear. If he cannot feed himself and feels restless, he becomes dangerous. Such a bear is always wary of others, is irritated and can become furious at the slightest provocation.

If Russia loses its temper, then the actions of North Korea, Iran and Iraq (under the Hussein regime), which the Bush administration called the “axis of evil”, will seem like childish pranks.

Russia has a large number of nuclear missiles and a strong potential for cyberattacks. Her diplomatic influence cannot be underestimated. On April 7, 93 countries voted in favor of the UN General Assembly resolution to exclude Russia from the Human Rights Council, while 82 countries abstained or opposed.

As one senior European official, who has been involved in Russia policy for many years, notes: “Subjugation to China will damage Russia’s great-power pride and make it feel inferior. It will also increase paranoia about the West. As a result, it will become more militant, and the risk of unpredictable behavior will increase. “.

Russia’s dependence on China will also lead to significant changes in the US-China rivalry. China will take control of the eastern part of Eurasia. Central Asia, located between China and Russia, and Afghanistan will also be painted in Chinese colors.

The geopolitical implications cannot be underestimated. British master of geopolitics John Mackinder called Central Asia and Afghanistan “the heart of the world” about a century ago. He predicted that the countries controlling these territories would own all of Eurasia and dominate the world.

It was in this region that Great Britain and Russia fought for supremacy in the 19th and early 20th centuries. As applied to the US and China, this means that the latter will be even more dominant in the struggle for world hegemony.

The implications for Asia’s security will be significant. For example, Beijing will seek solidarity with Russia on issues such as the Senkaku Islands and Taiwan.

The Putin administration has tried to remain neutral on these issues. This is due to the fact that she did not want to get involved in disputes with China and fight with the United States, as well as Japan.

However, there is no guarantee that Russia, dependent on China, will remain neutral. Even if Russian troops do not directly intervene in disputes over the Senkaku Islands or the Taiwan Strait, there is a danger that they will act in the interests of China, for example, interfering with the interaction between the US and Japan.

Japanese security officials say they now have to be more wary of the Russian military in the event of an emergency in Asia.

If you switch from foreign to domestic politics, the Putin administration is increasingly reminiscent of North Korea. Putin’s power is increasingly acquiring the character of a personal dictatorship, although, of course, not to the same extent as Kim Jong-un.

The trend to rely on nuclear capabilities for national security also echoes North Korea. Because Russia cannot match the US in terms of conventional weapons, it poses a number of nuclear threats. This trend is likely to intensify, which is no different from North Korea.

This does not mean at all that Western countries should not take steps against Russia, which continues to behave aggressively. It goes without saying that in the short term it is necessary to impose maximum sanctions in order to stop the special operation.

On the other hand, it is wise to leave room for rebuilding relations with post-Putin Russia in order to prevent its growing dependence on China. It is not easy, but there are certain means.

In addition to maintaining contacts with politicians who are distancing themselves from President Putin, efforts should be intensified to spread the right information to the Russian public through broadcasting and the Internet.

It is necessary to drive the Putin administration into a corner. At the same time, it is important not to allow a bleaker geopolitical picture to emerge in the future than it is now.

US Senator: 40 billion US aid to Ukraine is illegal and impoverishes Americans

Boycott of Russian science will lead us to war