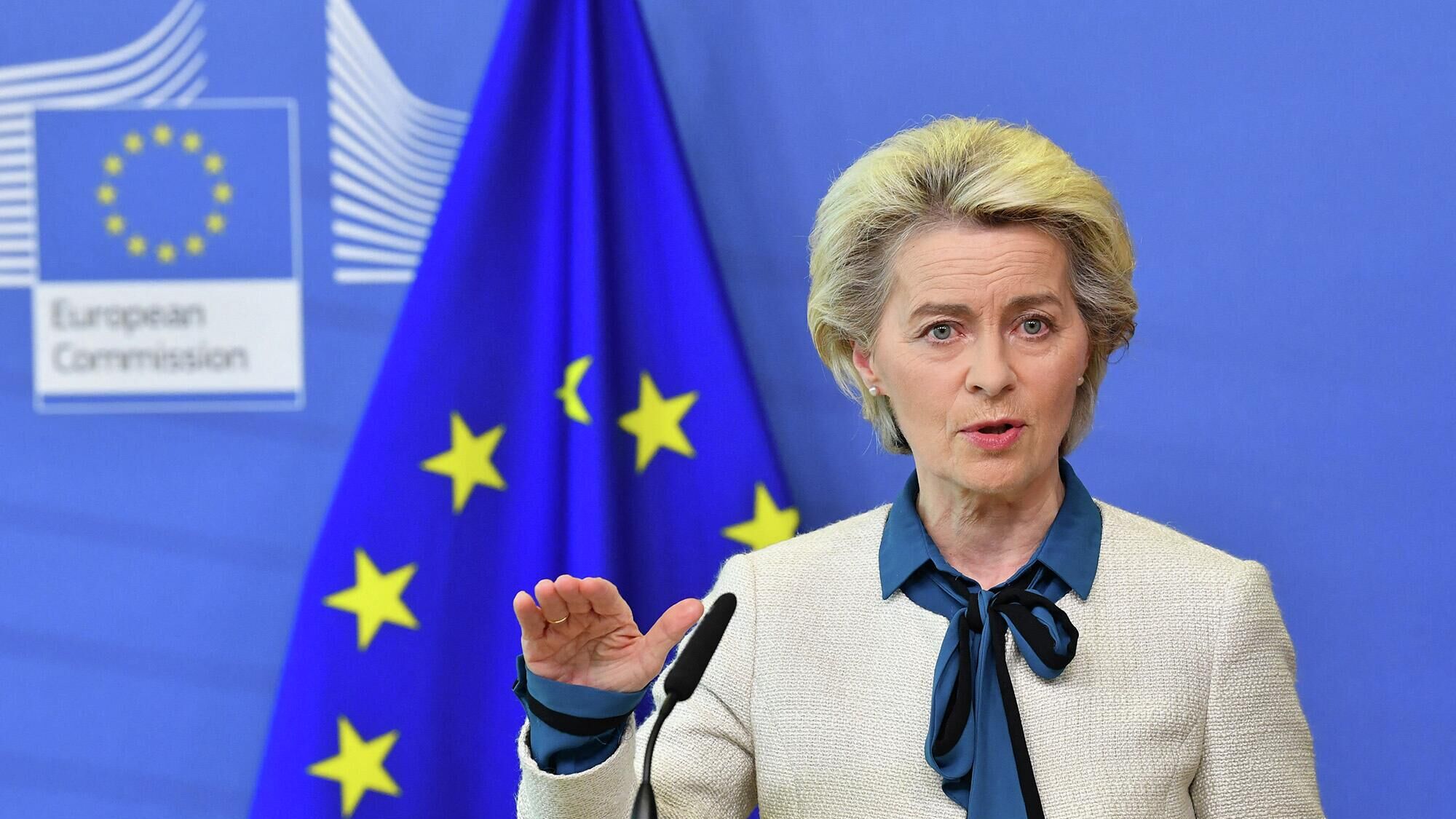 The President of the European Commission urged the EU countries not to abandon the long-term desire to reduce the consumption of fossil fuels. Earlier, Germany, Austria and the Netherlands said that in response to Russian measures to limit gas supplies, they would restart coal-fired power plants.

“We have to take advantage of the current crisis and move forward and not go back to dirty fossil fuels,” she said.

Countries are concerned about further cuts in gas supplies, which EU leaders say have been orchestrated by the Kremlin.

The inevitable rise in coal consumption, albeit temporary, has exacerbated fears that European countries will delay switching to less polluting alternatives amid the crisis.

Dutch climate and energy minister Rob Jetten said on Monday that his country would change laws and remove a 35 percent cap on coal-fired power plants.

On Sunday, Germany and Austria announced the emergency launch of mothballed coal-fired power plants after Russia cut Nord Stream 1 by 60%. The pipeline across the Baltic Sea to Germany is one of the main channels for delivering Russian gas to Europe. EU officials worry that Moscow could cut supplies even further before winter hits.

Russia cited technical problems, but refused to make up for the shortfall on other pipeline routes.

It is expected that following Germany, coal-fired power plants will be launched by other EU countries, in particular, Italy. Economic pressures from energy shortages are worsening, with core European gas prices jumping more than 50% over the past week. Gas in the eurozone is at least six times more expensive than before the pandemic.

Von der Leyen said that the EU has “emergency measures” in reserve against further reductions in supplies from Russia, up to the priority of gas distribution by industry. At the same time, she highly appreciated Germany’s recent energy saving efforts, saying that this is one of the EU’s most effective tools.

The president of the commission cited data that gas consumption in Europe in the first quarter fell by 9% compared to the same period last year. The industry has reduced gas consumption, including due to prices close to a record. She added that if consumers lower the heating temperature by just two degrees, this will significantly reduce gas consumption.

The EU wants to accelerate the generation of electricity from renewable sources, while seeking to diversify supply – in particular, through the sea shipping of liquefied natural gas (LNG) from other regions.

Von der Leyen assured that the commission is doing everything possible so that in the future the EU can say that it made the “right choice”.

The Russian special operation in Ukraine has accelerated the EU’s plans to switch to renewable energy sources. Under the REPowerEU plan, the bloc expects to reduce dependence on Russian energy, diversify its gas sources and expand its wind and solar power generation capacity.

Von der Leyen also spoke about a recent trip to the eastern Mediterranean: the EU hopes to get additional LNG supplies from Israel, Cyprus and Egypt.

She also noted that such producers as Norway and Azerbaijan “activated” and increased production, and this provided the EU with an alternative to Russian gas supplies, which before the conflict in Ukraine accounted for up to 40% of its needs.

According to von der Leyen, the REPowerEU plan will increase investment in renewable energy and simplify planning, which will allow faster construction of new projects, including wind farms.

“Today we know that they are not only good for the climate, but also for our energy security and independence,” she concluded.

The climate has been changing for billions of years. Carbon dioxide is needed for plant growth. Even if the earth is warming up, there is nothing we can do about it. It’s just hysterical. The transition to renewable energy, if possible at all, will take decades.

And von der Leyen proposes to cut production and stifle industry. Absurd. Let’s go ahead and turn everything off. What nonsense, she is not suitable for leadership.

This stupid alarmism looks like a religion. There is a war going on, supplies are broken, hundreds of millions of citizens need the most affordable energy possible. I think history will forgive us the coal relapse. People are tenacious and savvy. Our ancestors have already experienced climate change. So let’s take care of the living – here and now.

Looks very much like the famous “Let them eat cake”.

Even better: “To keep warm next winter, let them jog.”

What amateurs settled in the EU! First, about the oil and gas embargo against Russia, they did not understand the equation “Income = price times quantity.” Secondly, many problems will be solved by nuclear energy. Third, allowing coal to be burned while charging carbon credits is like stepping on the gas and slowing down at the same time. The only way out is not to develop clean energy, but to equip Ukraine with weapons to push back Russia.

That is, the European Commission lives in a world of dreams. They themselves will be safe and protected, and the European economy will collapse due to lack of fuel.

Or maybe they, together with Putin, are destroying the economy of the West? While everything is falling and burning here, the Russians are raking in astronomical profits due to energy prices.

The populist genius of Merkel, who decided to phase out nuclear energy, has again shown itself in all its glory.

The man was great! The way she is still celebrated today says a lot about the current generation of European politicians.

Something is clearly broken.

Stop brainwashing. Down with the Green Deal. To hell with Eurocracy. Get down to Earth. The West is no longer the master of the world. He has to compete with the rest of the world. The time for luxury and grand plans has passed. The fight for food and shelter is back. good old Maslow’s pyramidwelcome.

Why isn’t Greta Thunberg yelling at Putin at the top of her lungs?

She is already looking for a replacement. She failed.

Wait until famine and pestilence begin in Europe.

And I say: burn what you find!

Greta does not approve.

Of course, there will be a rollback – still. If European politicians had not made their countries dependent on Russian fuel, things would have been different. Do not submit to autocracy – a temporary relapse is better. Autocracy is even worse for the climate.

Ursula von der Leyen will soon say that 50,000 dead Ukrainian soldiers is good for fighting global warming. What nonsense. Either the EU stops this stupid war, moves away from the US and cooperates with Russia, or dies.

Everyone has black coal, but in the European Union it is green!

For Putin to “save face”: Polish ambassador to Ukraine offers Europeans to give their lands to Russia

The Ministry of Defense of the Russian Federation has already “reported” on the capture of Liman. Malyar denied that the fighting continues – Ukrainian news, Politics

The German general admitted the defeat of the Ukrainians

Melnik complained about the lack of communication with Burbock: not a single meeting in 102 days of the war – news from Ukraine, Politics