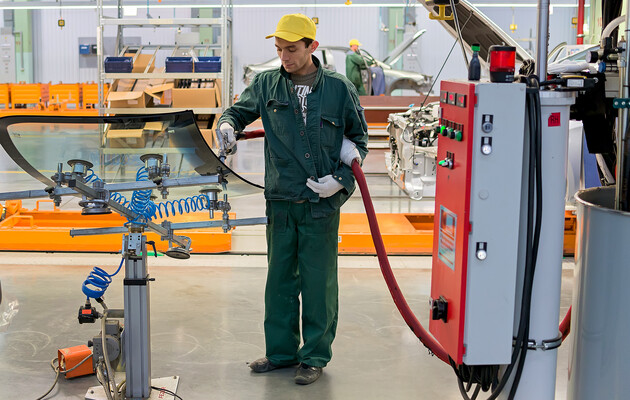 tributary Ukrainian refugees to the European Union could alleviate the eurozone’s labor shortage as some of those fleeing the war are more likely to settle permanently, the European Central Bank says Reuters.

According to German Economics Minister Robert Habeck, only in 2022 the country’s need for workers is 300 thousand, and by 2030 – 5 million people. (cumulative total).

Number of refugees from Ukrainewho registered for temporary protection or similar national protection schemes in the European Union was 3.207 million, the United Nations High Commissioner for Refugees (UNHCR) reported on its website.

Read also: How to return people to Ukraine

According to information received from refugees from various European countries, in particular Poland and the Czech Republic, it is not easy to find a job. Especially without knowing the language. You can only count on hard unskilled labor at construction sites or factories (factories), as an option, in utilities, markets, hotels.

And there is one feature here: if you responded to a vacancy on some site, then your cunning fellow countryman is most likely trying to resell you to the employer. This is his business. And you will work hard for 12 hours 6 days a week (some of them – just for a cunning fellow countryman). If you come to the enterprise directly, the working day, social package and remuneration will be in accordance with national legislation and the conditions of the employer itself, and not the intermediary. Some do this: they get a job through an agent, then they quit and immediately re-register, but directly.

At many, very many enterprises in Europe, it is migrants (not necessarily refugees from Ukraine) who do the hardest work. If you are ready for this, then it is.

But the most pleasant work, no matter how hard it is, is to rebuild your own country. It has to happen. And better sooner than later.

Ukrainians in the Netherlands can exchange hryvnia cash

How dangerous is the technological embargo of the West for the Russian defense industry?

Figaro readers: why are you making Ukraine a candidate for the EU? Give her neutral status

The meeting of the European Council began, at which Ukraine is expected to receive the status of a candidate for the EU