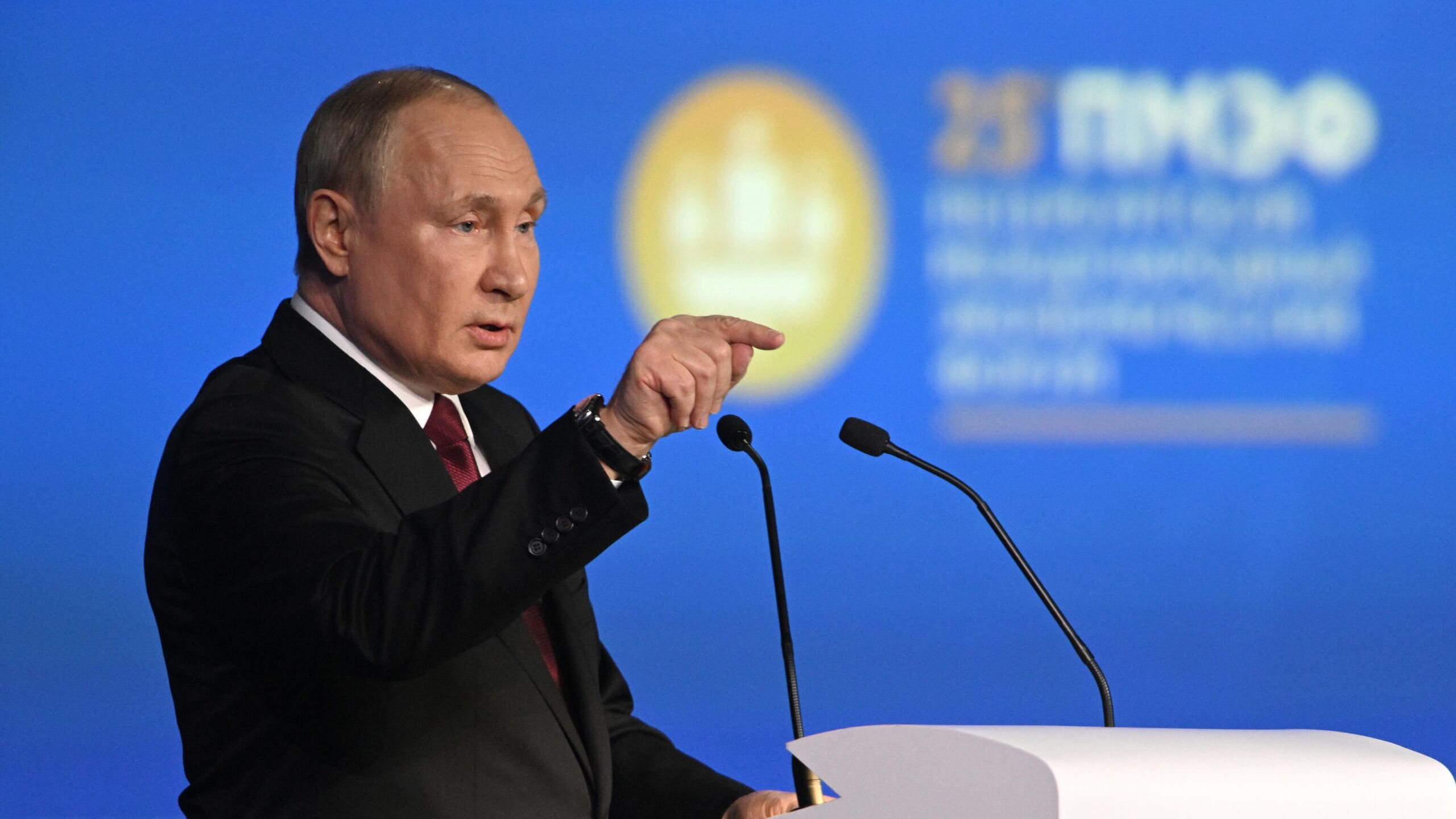 The war launched by the US and Europe against the new multipolar world represented by Russia in Ukraine ended in disappointment. Russian President Vladimir Putin, who drew attention to this fact in his speech at the St. Petersburg International Economic Forum on June 17, announced the end of the unipolar system.

Emphasizing the instability of the international order based on the dogmas of the Atlantic, the Russian leader resolutely stated: “The era of the unipolar world order is over, despite all attempts to preserve it by any means. A multipolar world is inevitable, and those who cling to their imaginary global leadership at all costs are making a colossal mistake. It will cost them dearly.”

Putin noted that the world is at a turning point and said: “Nothing will be the same!” The theses of the President of the Russian Federation, who began his speech one hour and 45 minutes late due to cyber attacks on the technical systems of the forum, are no less historically significant than his rebellion at the Munich Security Conference in 2007.

In his speech, which was in the nature of a new world manifesto, Putin drew attention to the fact that the United States after the Cold War “declared itself the messengers of the Lord on earth”, and emphasized that the West is currently pursuing “the same predatory colonial policy” as and in the past.

Referring to the economic sanctions imposed by the US and the EU against Russia in this regard, Putin, in his speech, which lasted more than an hour, lashed out at the Washington administration.

“The United States, having declared victory in the Cold War, declared its interests sacred. The United States can steal other people’s money at any time, confiscate the assets of other countries if they don’t like something,” the head of the Russian state said.

Putin added that the daring plans of the West to destroy the Russian economy did not work, the sanctions returned like a boomerang, hitting the West more than Russia.

One of the most important was the thesis that the European Union had finally lost its political sovereignty. “And the bureaucratic elites of the EU are dancing to someone else’s tune. The international foundations were deliberately undermined by our partners in the West in the name of their own geopolitical illusions,” the Russian leader stated.

Also touching on the global food problem, rampant inflation and skyrocketing energy prices, Putin blamed the crisis on the current US administration and European bureaucracy, which made systemic mistakes.

As can be understood from the challenge issued by the Russian leader, the Atlantic crisis will continue to grow in the coming period. It becomes obvious that not only the borders of Ukraine, but also the structure of the world geopolitical architecture can no longer remain the same as before.

In fact, the West, which has begun to worry about its own survival, has even begun to turn its back on Ukraine. For example, a comment that appeared in the Western media about the visit of European leaders to Kyiv the day before serves as a brief summary of the new period: “Ukraine was promised EU membership and old mortars. home…”

While the battered mouthpieces of the Atlantic are still trying to put on a good face on a bad game, Putin’s Ukrainian operation has undeniably dealt another heavy blow to the global unipolar order.

At this stage, Europe and the United States are trying to get out of the Ukrainian maelstrom.

The US is paying for its miscalculation with an economic downturn. In addition, in addition to the strategic humiliation experienced, the erosion of the US geopolitical position will accelerate in the coming period.

In this context, the New World Manifesto, proclaimed by Putin as the Ukraine crisis continues, is a vital roadmap filled with critical warnings for the course of the global economic crisis, the future of world politics, and the parameters of a new multipolar post-American world.

Heathrow Airport has asked airlines to cancel 10% of flights. This will affect thousands of passengers