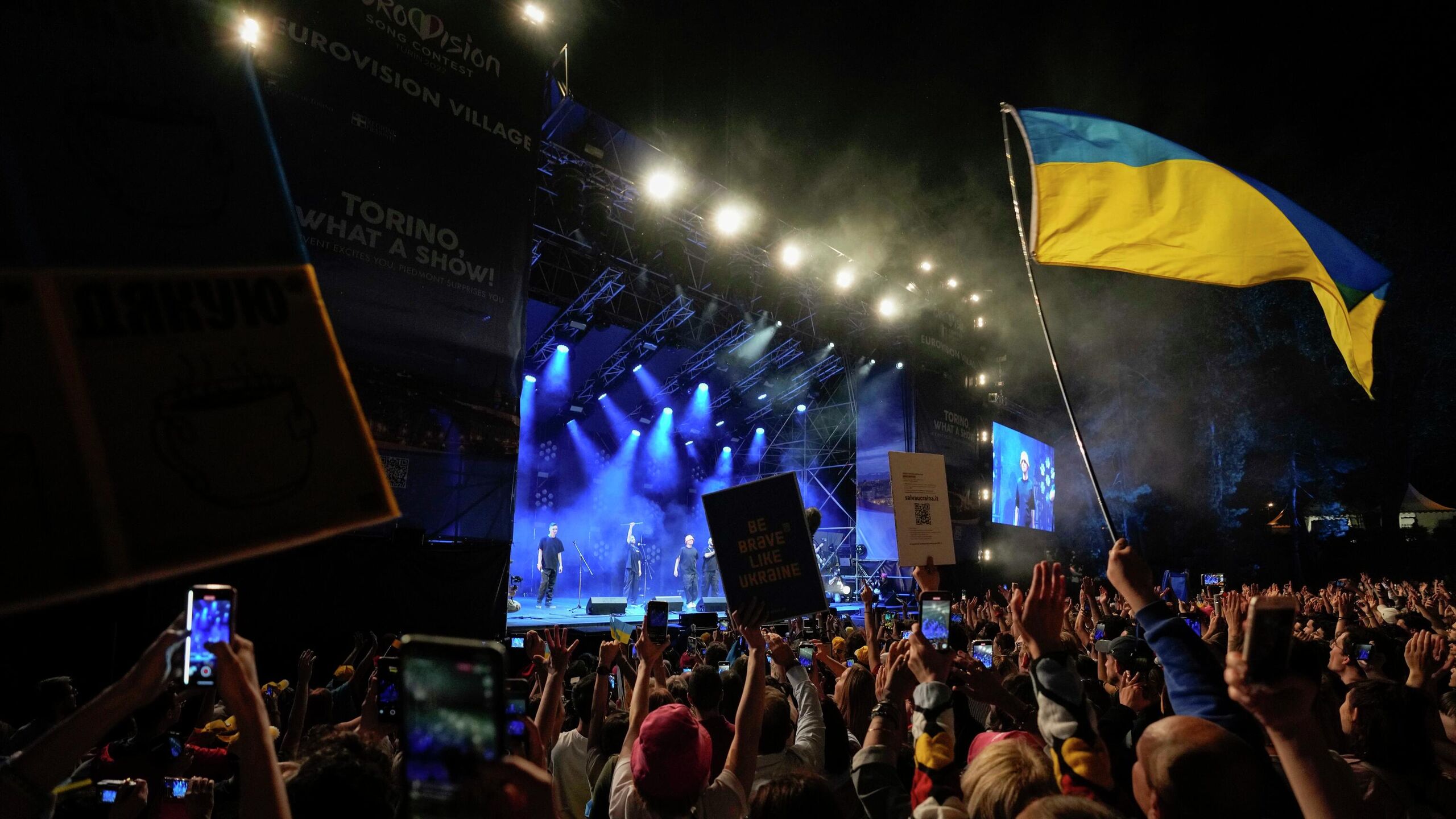 Often ridiculed as a tawdry act that combines highly questionable music and eccentric costumes, the Eurovision Song Contest is expected to make a real political statement this year with its full support for its Ukrainian participants.

The obvious favorite of Eurovision 2022, the final of which will be held in Turin on Saturday, May 14, was the song “Stefania” by the Ukrainian group Kalush Orchestra, which mixes Ukrainian folk and rap. “They got a lot of votes out of sympathy, and a lot more people than usual can support Ukraine in the voting,” said one of the Eurovision organizers, who on Tuesday watched the participants warm up before the performances.

One of the members of the Kalush Orchestra could not come to Italy, deciding to stay at home and fight against Russian soldiers. The rest of the group was given a special permit to leave the territory of Ukraine, but they will have to return immediately after the end of the competition.

Oleg Psyuk, 27, the leader and songwriter of the Kalush Orchestra, decided to take a short break from his job of helping homeless Ukrainians find shelter and receive medical care in order to travel to Turin for the competition. The song “Stefania” performed by the band is named after his mother. The song says that “the field is blooming, but her hair is turning gray.” It was written before the start of the military conflict, but it contains one prophetic line: “I will always find my way home, even if all roads are destroyed.”

Psyuk explained: “After the start of the Russian special operation, this song took on a special meaning for many people, because in the song about mother they saw a song about Mother Ukraine. That is why our song has penetrated the hearts of many Ukrainians, and we hope that Europeans will like it too “. Mika, an Anglo-Lebanese singer who is co-hosting this year’s contest, said: “This song gives me goosebumps.”

At the national selection, the song of the Kalush Orchestra took second place, but the winner of the selection was disqualified when it became known that in 2015 she visited the Russian-controlled Crimea.

According to some betting sites, the chances of the Ukrainian group winning this year are estimated at almost 50%. Meanwhile, the chances of Italy following Ukraine are about 15%.

This year there will be no opportunity for pro-Russian Eurovision viewers to show support for Moscow: Russia has been banned from the contest as it could damage the event’s reputation. This decision of the organizers gives the competition a pronounced political coloring and tension, which were not there at the time when Terry Wogan and Graham Norton commented on the course of the Eurovision not without irony.

This year’s Eurovision final will be watched by about 200 million viewers who will get the right to vote for their favorite contestants (50% of the votes), and support for musicians on social networks will play a very important role. This may give an advantage to the song “Stefania”, which has already reached 5 million views on YouTube. Meanwhile, the remaining 50% of the marks will be given by judges representing all 40 participating countries.

“Some countries support each other – this is called tactical voting, and delegations from different countries agree with each other before the start of the competition,” one source said.

There will be two semi-finals this week. Contestants from the so-called “Big Five” – ​​France, Spain, Italy, Germany and the UK – advance to the final without selection. That could give British TikTok star Sam Ryder some head start hoping to rebuild the country’s reputation after last year’s flounder.

If Ukraine wins, it will get the right to host the next Eurovision Song Contest. “It will already be a new, united, well-developed and prosperous Ukraine,” Psyuk promised.

A million Britons were on the verge of poverty

"This is suicide". Foreign fighters regretted leaving for Ukraine