Just hours after being eliminated from the Roland-Garros tournament, Argentinian tennis player Francisco Cerúndolo allegedly had an altercation with a Parisian taxi driver who refused to take him. He filed a complaint.

A complaint for “voluntary violence in a meeting while drunk” was filed by a Parisian taxi driver, who claims to have been attacked by the tennis player Francisco Cerundolo and four people who accompanied him, according to information disclosed by France Blue Paris.

In his statement, the driver explains that he refused to take the tennis player and his friends, on the night of Wednesday to Thursday, May 26, at the level from the Quai de Grenelle (15th). A refusal motivated by the flagrant alcohol level of the group of friends and by the fact that his vehicle cannot accommodate five customers.

A verbal altercation followed, then a slap in the face by the 23-year-old Argentinian tennis player to the 61-year-old taxi driver.

Alerted, the police then easily arrested the group in a hotel located next door.

This Friday, the complaint was finally dismissed, for lack of sufficient evidence to charge the young tennis player. On the spot, neither CCTV camera nor witness could attest to the blow dealt to the victim by the player who denied on his side “any physical violence”. 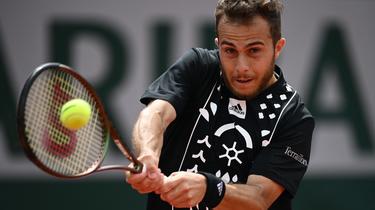 The same day, Wednesday May 25, Francisco Cerúndolo had been definitively eliminated of the Roland-Garros tournament after his defeat in doubles with his sidekick Federico Coria. Two days earlier, on Monday May 23, he had already been eliminated from the tournament, after his singles defeat against Britain’s Daniel Evans.

An outbreak of African swine fever detected in Germany, not far from the French border

Hérault: a mother raped while walking her dog