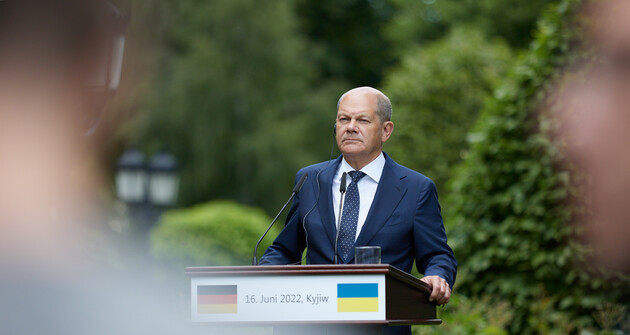 German Chancellor Olaf Scholz said that only Ukraine has the right to decide on its future and spoke out against agreements behind Kyiv’s back. Scholz wrote about this in his microblog Twitter.

“Ukraine – and only Ukraine – decides what suits them. Nothing about Ukraine without Ukraine! We are far from negotiations, because Putin believes in a dictated peace. It is all the more important that we strictly stay on course,” the politician says.

He also stressed that the EU, NATO and the G7 should demonstrate at the upcoming summits that the world’s democracies stand together in the fight against Putin’s imperialism.

Recall that Scholz previously stated that sanctions against the Russian Federation will remain until a “fair agreement” with Ukraine. Also, according to Scholz, Germany will not accept the annexation of Crimea, because it would violate international law.