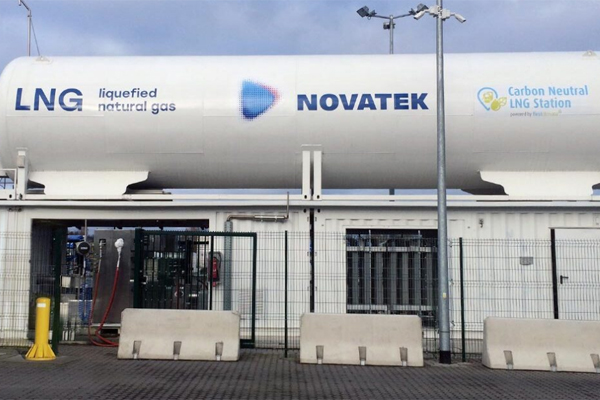 This is stated in circulation head of the company Dariusz Braton, posted on its website. According to the decision of the Ministry of Internal Affairs of Poland dated April 25, 2022, NOVATEK was included in the country’s sanctions list. Measures against NOVATEK provide for the freezing of economic resources and assets, and with respect to its Krakow subsidiary, they also include exclusion from public procurement procedures.

“The “freezing of economic resources” (means all types of tangible and intangible assets, movable and immovable, which are not financial resources, but can be used to obtain funds, goods or services) should be understood as “preventing the use of economic resources to obtain funds , goods or services by any means, including, but not limited to, their sale, lease or pledge,” explains Novatek Green Energy.

“Due to the above force majeure event, the fulfillment of all contractual obligations binding NOVATEK to you is impossible and is suspended until further notice. The freezing of economic resources leads, among other things, to the fact that transmission / distribution equipment or tank installations have been frozen, and any further decisions on this issue are now taken by the state authorities, ”said the head of the company.

“In our opinion, the inclusion of NOVATEK in this list is completely unreasonable and unjustified. At the same time, I would like to inform you that we are taking all necessary measures to exclude NOVATEK from the list of persons and organizations specified in Art. 2 paragraph 1 of the order of the Ministry of Internal Affairs, and the restoration of full operational activity,” the statement said.

Novatek Green Energy also emphasizes safety issues of storage of liquefied petroleum gas (LHG), which it sells. The company indicated that it is necessary to prevent long-term storage of LPG tanks so that spontaneous release does not occur in the event of a rise in temperature.

However, due to sanctions, Novatek Green Energy cannot take any action in this regard. It points to the need for urgent action. Earlier, the Russian press service of Novatek stated that the company intends to protect its interests and property in Poland.

Commenting on whether Novatek will grant access to its networks to Polish companies at the request of the Polish Prime Minister, so that they can supply gas to related regions, they said: “Novatek Green Energy in Poland is ready to resume supplies as soon as possible. In the current situation, end users should not suffer.”

Novatek Green Energy sells on the European market liquefied petroleum gas (LPG) and regasified LNG, which is formed during the transshipment of LNG (boiler gas), as well as during the regasification of purchased LNG at its own stations in Poland and Germany. :///