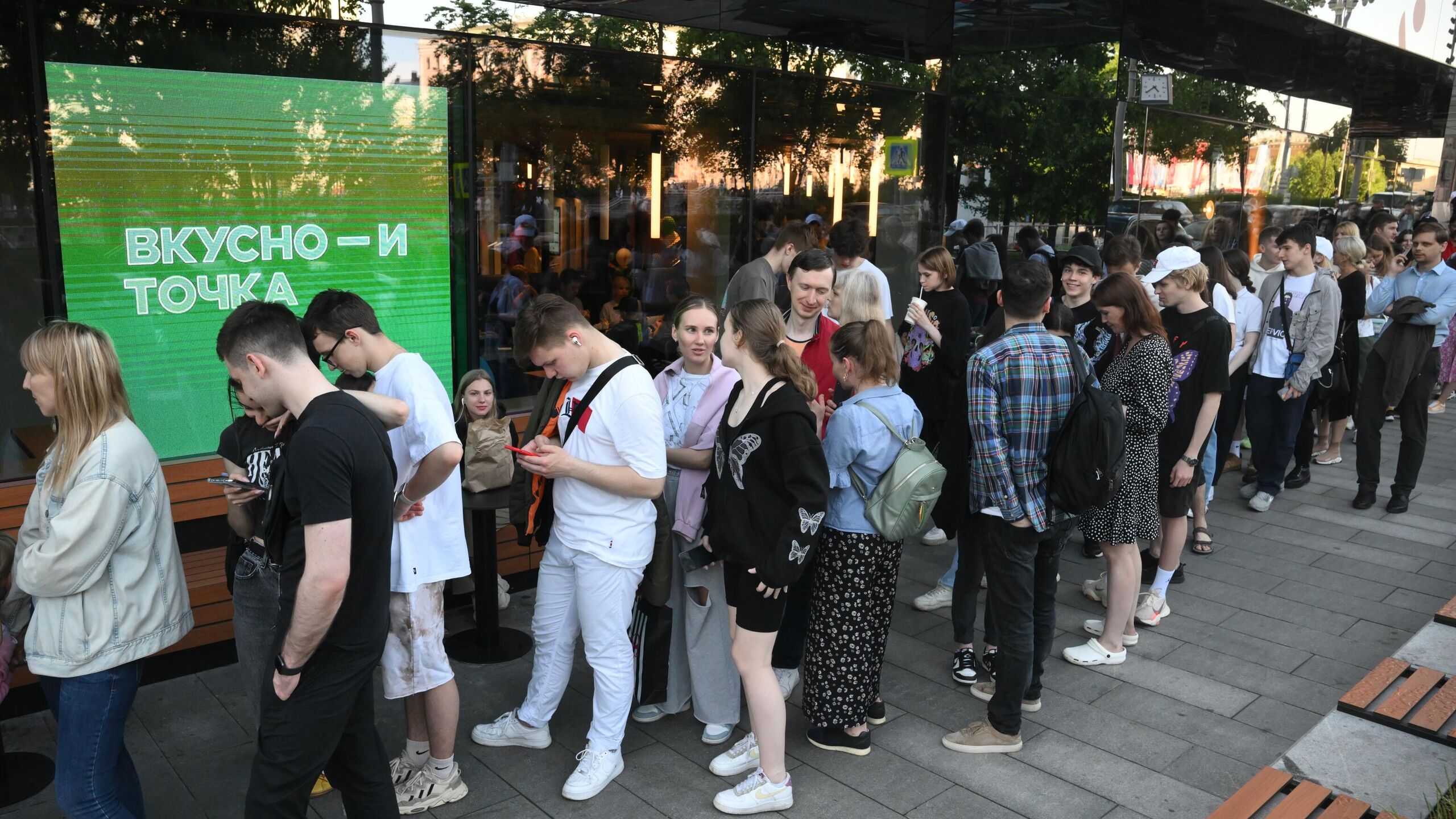 The Russian McDonald’s, which changed its name, sold more than 120,000 burgers on its opening day in Moscow and broke all previous records of the American network before it left the country due to the Russian military operation in Ukraine.

Big Macs and McFlurry ice cream may be removed from the menus of successor restaurants, but the new chain has ambitious growth goals, according to its chief executive.

McDonald’s finally left Russia in May, selling all of its restaurants to a local buyer. 50 establishments under the new name “Tasty – and the point” in Moscow and its environs reopened on June 12 and 13.

CEO Oleg Paroev is interested in expanding the network, but he acknowledged that it would be difficult to replace some of the ingredients and find new suppliers. In addition, there are problems with other franchises that still use the McDonald’s brand.

The story of the exit of the American network shows how difficult it is for Western consumer companies, who decided to leave because of Moscow’s actions in Ukraine, to cut off all ties with Russia, and for local operators to replace popular brands.

Thousands of people who came to the opening of the main restaurant “Tasty – and the point” on Pushkinskaya Square in Moscow saw a new logo, colors and packaging – already without McDonald’s brand symbols. The new company lost the rights to use the trademarks and intellectual property of the American group.

Paroev doesn’t expect high demand to continue for long, but is striving to surpass the scale of growth set by the new owner, Alexander Govor, and complete this task ahead of schedule. The goal of the new owner is to reach the mark of a thousand restaurants in four or five years, while 850 establishments operated under the old brand in Russia.

According to Paroev, the reception of employees continues. In addition, the head of the network wants to expand cooperation with the strategic partner Sberbank, although he excludes the possibility that the largest Russian credit institution will become a shareholder.

Govor, who previously owned 25 restaurants, said at the presentation that he had paid a “token” amount for the McDonald’s chain in Russia, and that the American corporation had made it clear that it would not use the buyback option for 15 years.

According to Paroev’s personal opinion, McDonald’s may return to Russia if Tasty – and that’s it again becomes a franchise, but stressed that there were no negotiations on this matter.

In an emailed statement, McDonald’s said the company had “completed the sale of its business in Russia and exited the market.”

Some of McDonald’s former franchises have retained branding on packaging and on electronic menus and are selling Big Macs under a different name, causing problems for the Vkusno Dot chain management.

“Of course, this does not suit us,” Paroev said.

According to him, the continued use of McDonald’s symbols is a violation of Russian law, but the company cannot sue because it does not have rights to this brand.

The office of Rosinter Restaurants, which previously had franchises from the old chain that still operate at St. Petersburg train stations and Pulkovo Airport, did not respond to a request for comment.

Paroev says that the Vkusno — i dot network offered former franchisees to join the new brand, and one of them has already agreed.

According to Paroev, Alexander Govor bought about 700 restaurants, but for some of them (about 100) the formalities have not yet been settled. And while Vkusno Dot still has access to old suppliers, other former franchisees don’t.

“It’s a mystery to me what kind of products are sold there,” he said on Friday, referring to restaurants at train stations and airports. “But I can say with confidence that this is absolutely not the same product that used to be sold at McDonald’s.” and these are not the same ingredients, not the same suppliers that worked with McDonald’s, at least not of the same quality.”

According to Paroev, the management of the Vkusno-i Tochka chain is determined to guarantee the same quality of products, but it will not be easy to maintain the usual taste.

While 99% of products come from Russian suppliers, a “significant percentage” of the ingredients, according to Paroev, come from abroad, and sanctions and disruptions in the supply chain are causing difficulties here.

According to Paroev, the management of the Vkusno — i Tochka chain is looking for a new supplier of drinks, as Coca-Cola supplies to Russia are declining. According to him, coffee will continue to be supplied by the Indian investor, who bought the Russian division of the Finnish company Paulig.

Paroev says that, in agreement with McDonald’s, the recipes will be changed, and a Big Mac replacement is currently being developed.

It will take time for the new brand to gain a foothold in the market, but Paroev is optimistic.

“Our guests will get used to the new name and will understand that it is no longer possible to meet at Mac, but at Tochka,” he added.

"Javelin" against "Cornet": who is cooler?

Deliveries of MLRS to Kyiv threaten Russian cities. But Moscow will not allow this