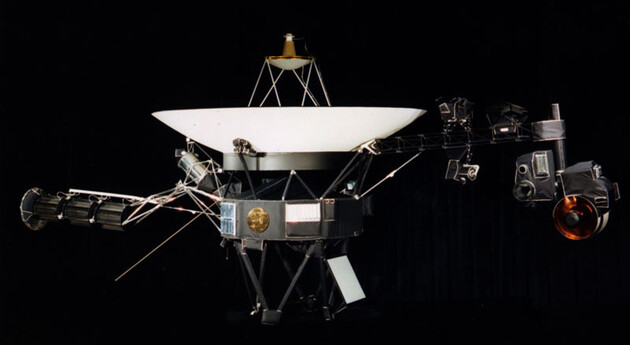 epic interstellar journey Voyager may soon come to an end as NASA begins to slowly shut down their instruments. The solution will help reduce the energy consumption of devices and slightly extend their service life – until 2030, reports business insider.

Voyagers were launched 45 years ago and have since pushed the boundaries of space exploration. They have climbed farther from Earth than any other man-made object, and this record is unlikely to be broken in the coming decades.

The probes are powered by radioactive plutonium, which keeps their tiny computers running for decades. But the energy is being cut by four watts a year, requiring a reduction in power consumption.

“If everything goes really well, maybe we can extend the missions into the 2030s. It just depends on the energy. This is the breaking point,” Linda Spilker, a planetary scientist at NASA’s Jet Propulsion Laboratory, told Scientific American.

The main task of the devices was to fly past Jupiter and Saturn, with which they did an excellent job. Then they simply continued flying, sending home images of the solar system and data from deep space.

It is outside of what is commonly thought of as the solar system. Voyager 1 entered interstellar space in 2012, and Voyager 2 in 2018. They were the first man-made vehicles in human history to do so.

Despite their age, the wired electronics of the devices have stood the test of time. The primitive computers aboard the probes do not require much power. All the data collected by the Voyagers’ instruments is stored on an eight-track tape recorder and sent to Earth by a device that consumes about the same amount of energy as a refrigerator light bulb.

But as the probes lose power, NASA is forced to decide which instruments to keep running. After 2030, Voyagers will likely lose their ability to communicate with Earth. But this does not mean that their mission will be completed.

Both have a “gold plate” that contains information about the Earth. It included 115 images, greetings in 55 languages, sounds including rain, wind and a human heartbeat, and 90 minutes of music. It will be another 20,000 years before probes can reach the nearest star, Proxima Centauri, carrying this time capsule of human data.

The head of the Russian Orthodox Church hinted that Onufry’s statement about “separation” from Moscow was forced hypocrisy – news from Ukraine, Politics

In the Kherson region, the Russians are terrorizing with searches of local residents