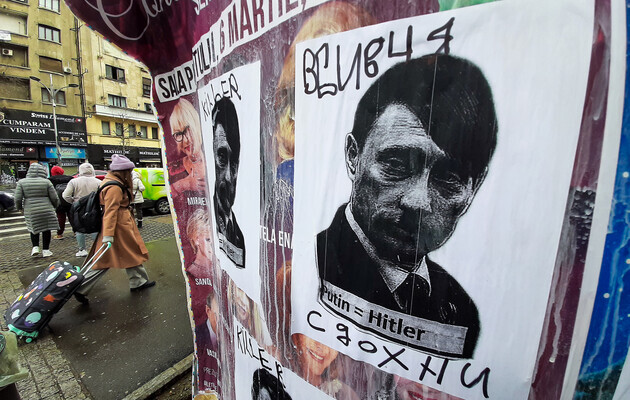 For any judicial body, it is important not only to issue a verdict, but also to comply with the court’s decision. Here, before the new tribunal, the question will certainly arise, how to force Russia and other states to carry out his sentences, for example, by extraditing war criminals, starting with President Vladimir Putin. This was written by the head of the Verkhovna Rada Committee on Foreign Policy and Inter-Parliamentary Cooperation Alexander Merezhko in his material for ZN.UA.

If a certain state refuses to cooperate with the tribunal, the international community of states may adopt a series of sanctions leading to the political, economic and diplomatic isolation of such a state, Merezhko notes. A state headed by a person guilty of the crime of aggression and other grave international crimes must be completely isolated from the entire civilized world.

“One of the researchers of the history of the Nuremberg Tribunal wrote: “The trial of Nazi leaders in Nuremberg was not only to establish their guilt and decide whether to punish them for their crimes. This was part of the search for the best way to contain strong human impulses, aggression and revenge. It was an attempt to replace violence with more acceptable and effective rules for human behavior.” Likewise, a new tribunal for war criminals guilty of the crime of aggression must create guarantees that this international crime will not be repeated in the future, and also direct the development of mankind towards the rule of law, not force, in international relations,” Merezhko writes.

Read also: Britain is open to the idea of ​​creating an international tribunal for Putin – MFA

More details about this – in the material of the Doctor of Law, Professor and Head of the Verkhovna Rada Committee on Foreign Policy and Inter-Parliamentary Cooperation Alexander Merezhko “International tribunal for Putin and his henchmen: how can they be punished” for ZN.UA.

In Karachay-Cherkessia, they buried the general of aviation of the Russian Federation, who was shot down in the Donbas – news from Ukraine, Politics

In a few years, there will be no straight people left in the USA.