Tuesday May 24, a municipal police officer in training plunged into the Seine in Mantes-la-Jolie (Yvelines) to save a young woman who had tried to end her life by throwing herself in the river.

A real act of courage. A trainee municipal policeman saved the life of a woman who had attempted suicide by jumping into the Seine in Mantes-la-Jolie.

It was around 9 p.m. when Florian was heading to a parking lot near the police station. While he was going to look for a vehicle, the young agent came across a teenager followed by another young woman who was running after her.

The latter arrested the policeman, explaining to him that the young girl had fled from the Colibri, a living space dedicated to children placed by child welfare. The young woman also specified that the resident would have scarified herself in several places such as the wrists or the face. While Florian alerted his colleagues and headed for the fleeing girl, who ended up throwing herself into the Seine. 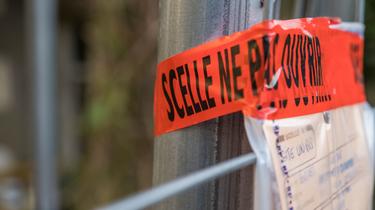 The young man instantly dove in turn to try to save the teenager, after removing his equipment. Once in the water, the young girl, who was trying to end her life, repeatedly refused the officer’s help. She struggled, then submerged several times in order to escape the policeman.

the trainee policeman congratulated by the mayor

During this time, the agent’s colleagues who arrived on the scene sent a lifeline, on which Florian leaned. The victim, meanwhile, refused to use it and continued to struggle until the agent managed to immobilize him while waiting for the firefighters.

At 9:30 p.m., fire rescue boats arrived and were able to bring the officer and victim on board. The fugitive teenager was taken care of by the emergency services. The young policeman continued his service.

The day after the incident, young Florian was received by Raphaël Cognet, the Mayor of Mantes-la-Jolie, who congratulated him for his gesture of bravery: “This gesture reminds us once again of the commitment of our civil servants who work every day for our security and the general interest. We have heroes in Mantes-la-Jolie!”, he shared on his Facebook profile.

Trial of Johnny Depp and Amber Heard: what to remember from the pleadings