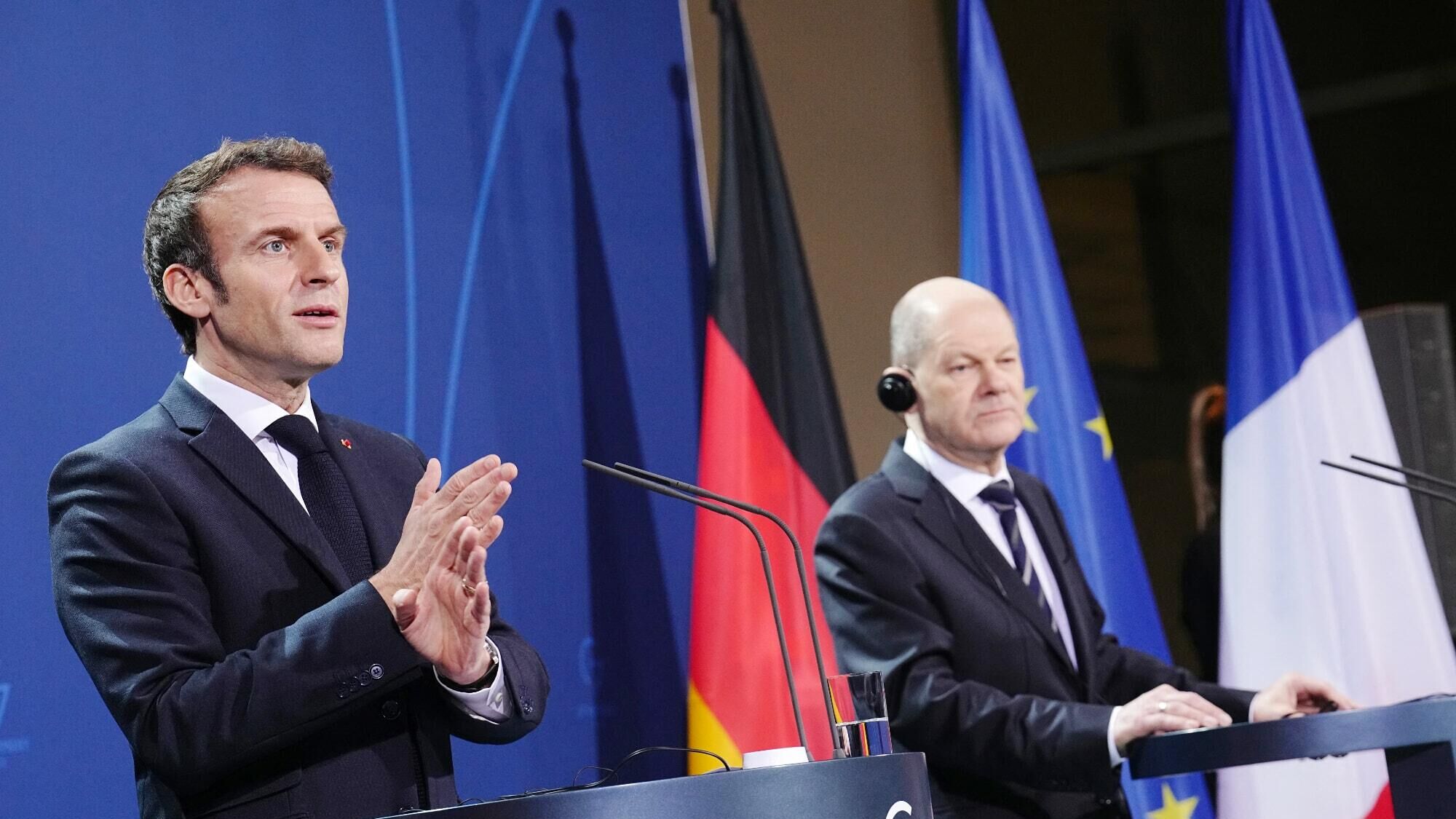 The resounding electoral defeat of Macron’s coalition marks the end of his era. Part of the responsibility for this lies with Angela Merkel and her attitude towards the French president. Now Berlin must think about how to behave if events develop according to a more gloomy scenario.

On the eve of his departure for Kyiv, the president admonished voters not to do stupid things. Macron warned that it is impossible to add to the disorder in the world also the disorder in France.

But when someone tries to tell the French what to do, they always do exactly the opposite. So on Sunday – the day of the parliamentary elections – the French again mixed all the cards.

Parliamentary elections in France are held just a few weeks after the presidential election. This should help the newly elected leader gain the maximum majority in parliament on the wave of success. But it was precisely this that the French denied Emmanuel Macron yesterday.

54% of voters did not go to the polls at all. The rest divided their votes almost evenly among the three large blocs. Macron’s movement “Together!” received 238 seats in parliament, that is, a relative majority. But right behind him is Jean-Luc Mélenchon’s (Nupes) left-wing populist “New People’s Ecological and Social Union of the People’s Tribune”. His candidates got 141 seats.

For the re-elected French president, the election results were a resounding defeat. It seems that just six weeks after his re-election as president, with almost 60% of the vote cast for him, his political capital has been exhausted.

And although politically he is not yet completely neutralized – for this the position of the president in the constitution is too significant – but the apogee of power for this man, who was called upon to personify the new rise of France, is behind him.

At the end of June, France will hand over the presidency of the European Council, and Macron will be less visible in the international arena, because he will have to organize a majority at home when voting for each of his bills.

Mélenchon’s “Unconquered France”, the leading force in the Nupes coalition, and Marine Le Pen’s “National Rally”, both of these political forces will make life difficult for him, actively opposing him with the assistance of the media and supporting the protesting masses in the streets at every opportunity.

Macron can only count on the targeted constructive support of the moderate left and the French “greens”, who are alien to Mélenchon’s disorienting populism, or on the conservatives from the Republicans, a party that is itself in a serious crisis. However, on the evening of election day, these parties made it clear that they were not going to constantly serve as a support for the president.

Since the political culture of France is foreign to the compromises that characterize the German coalition governments, Macron is likely to face five very difficult years. Far-reaching and badly needed reforms are practically impossible in this alignment of political forces.

Against the backdrop of soaring government debt and rising interest rates, with a pessimistic growth outlook, the social environment could quickly heat up. This will further radicalize the political landscape in France.

“National Association” Marine Le Pen for the first time in this election has achieved impressive results in all electoral districts of the country. The party has finally become a recognized political force capable of further growth.

54% of voters did not go to the polls, and among young people the percentage of those who do not want to take part in elections is much higher, since young people no longer rely on politicians.

In principle, the country is divided into three groups: young people who either do not want to vote at all or choose Nupes, then workers and artisans who vote for Marine Le Pen, and finally Macron’s voters are those who are over 60 and who are more or less secure. The Fifth Republic’s success formula of a strong president with a solid majority in parliament no longer works.

The gloomy scenario for France now looks like this: first, five years of blocking any initiatives of the president with the growing radicalization of the whole society, and in 2027 either a left-populist president or a right-populist president enters the Elysee Palace. The fact that Macron turned from the light of the Fifth Republic into its gravedigger has many reasons.

These included the absorption of the moderate left and right by his movement, which, being neither left nor right, willy-nilly pursued a spasmodic, inconsistent policy that angered almost everyone, as well as the arrogance, unacceptable for France, that Macron showed when wearing the mask of an intellectual .

In the election campaign, the movement “Together!” entered surprisingly impassively. Until now, no one knows what, in fact, Macron is going to do during his second term. Instead of discussing the government program after the presidential election, everyone discussed mainly the unsuccessful police action during the Champions League final in Paris.

The election campaign was dominated by Mélenchon, who declared his desire to become prime minister, which was completely out of the question. But this clever ploy mobilized the Macron-hating left-wing electorate.

During the second round of elections between the candidates from Nupes and the “National Union”, the less favored candidates from “Together!” tried not to give any recommendations to voters, so as not to strengthen the left. The result was an unprecedented strengthening of the position of the extreme right “National Association” in parliament until now.

You can list Macron’s mistakes for a long time, but at the same time, you can’t help but see what is on the list of the government’s mistakes that need to be corrected. Angela Merkel the unwillingness to cooperate with Macron is among the most serious. As it now turns out, that was a chance for Europe that will never come again.

When Macron took office, he had great powers and energetically put forward numerous proposals for reforming the EU. Among other things, he proposed to develop a new European social contract. He could bind voters to himself. But now he was hopelessly tired of them with his chatter, losing them forever.

To the proposal from Macron for cooperation, as well as to all his other initiatives put forward for two years, Angela Merkel reacted with gloomy silence. Then the coronavirus crisis broke out and the fighting in Ukraine seriously escalated. And since then, nothing has happened between France and Germany at all. If today Macron has practically nothing to present to the voters in terms of foreign policy, this is due, among other things, to the fact that Angela Merkel ignored all of Macron’s proposals to initiate something big together.

It’s a pity: the chances for a successful foreign policy were enhanced by a good domestic policy. The French economy grew under Macron, while unemployment among the French fell. It is a pity that the German indecision weakened the President, who was so positive towards Germany and the EU. Macron was more disposed towards these two partners than any other figure in contemporary French politics. His defeat in the elections will have serious consequences for Germany as well. Olaf Scholz will be forced to deal with a partner whose political weakness, in the midst of the biggest foreign policy crisis since 1945, will reduce the international attractiveness and viability of the France-Germany tandem, and indeed the entire EU.

The less opportunity Macron has to act as one of Europe’s leading politicians, the sooner Olaf Scholz will be forced to take on a role that is currently three sizes too big for him. Therefore, it would be useful to finally develop a consistent policy towards Ukraine. In addition, Berlin should be thinking now about a bleaker scenario five years from now.

Because then there may be someone in the Elysee Palace who will not see Germany as a partner. This someone in Berlin will see at best a competitor, and at worst an adversary. It will be a president or a president who wants to leave NATO and at least weaken the EU. The German-French friendship, which for 60 years has served as the backbone of Europe, will then come to an end. One way or another, difficult times are approaching Germany.

These Fruits Will Raise Your Blood Sugar Too High