The bloc of the incumbent French president received 25.75% of the vote, and the bloc of left-wing parties Nupes – 25.66%. 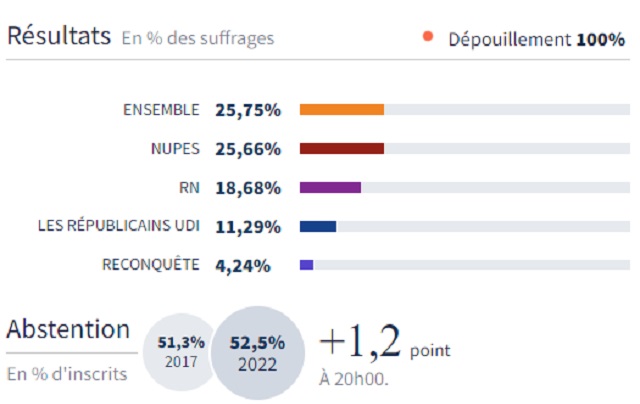 Results of the first round of parliamentary elections in France

Recall a few hours ago, Macron’s party was in second place.

As The Economist wrote, losing the parliamentary elections would significantly complicate the position of the incumbent presidentespecially in the matter of introducing his reforms. The second round of elections to the French parliament will take place in a week, on May 19.

Stay up to date with the latest events! Subscribe to our channel at Telegram

Defenders of Ukraine Armed Forces of Ukraine destroyed another 200 military of the Russian army. Most of all – near Bakhmut – news from Ukraine, Politics