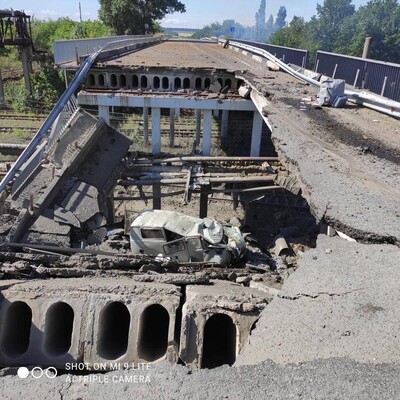 Russian invaders destroy roads and bridges leading to Lisichansk from helicopters Lugansk region. About it informed head of the OVA Sergey Gaidai.

According to him, the occupiers launched airstrikes at the entrance to Lisichansk.

As a result of the strikes, the bridge was damaged, now only light vehicles can pass, the truck will not pass into the city, Gaidai added.

Read also: Loss of Severodonetsk and Lysichansk will not be a major turning point – ISW

Earlier it was reported that the Ukrainian military left Severodonetskin order to continue inflicting losses on the invaders from more fortified positions, because there is no point in being in broken positions, the death toll is growing.