Russian army over the past day lost another 200 military personnel in Ukraine, and the total number of losses of personnel of the Russian occupiers has grown to 34,430 people, informed General Staff of the Armed Forces of Ukraine.

As of Thursday, June 23, Russia has already lost 1,504 tanks, of which eight vehicles have been added in the past 24 hours.

Thus, the total combat losses of the enemy from 24.02 to 23.06 approximately amounted to: 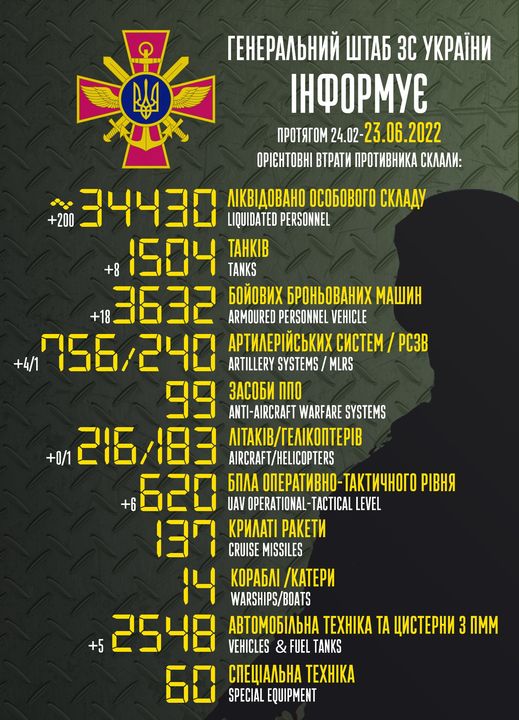 The General Staff noted that the enemy suffered the greatest losses in the Bakhmut direction.

Japan to increase defense budget amid Russian invasion of Ukraine

US to send intelligence to Ukraine for HIMARS strikes