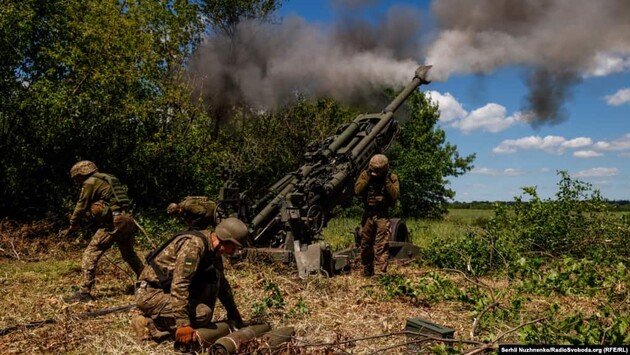 In the southern regions, the Armed Forces of Ukraine carried out 150 fire missions and inflicted significant losses on the enemy in manpower and equipment. In particular, 49 Russians, an enemy ammunition depot, the Pantsir S1 anti-aircraft missile system, and more were destroyed. About it informs operational command “South”.

In addition, the Ukrainian defenders managed to strike at the positions of the invaders on the island. Zmein. There, a hit was recorded on the Pantsir C1 anti-aircraft missile system, a radar station and automotive equipment.

Read also: Ukrainian defenders advance in the Kherson region, despite the defense of the invaders

Previously it was reported that the enemy fired on Nikolaev and Ochakov with cruise missilesresulting in casualties and damage to the port infrastructure.

Successes of Ukraine on the battlefield against the background tough international sanctions against Russia have already created a situation in which for several years, if everything goes as it goes, Russia will suffer a strategic defeat. But if everything goes on, as is the restoration of the territorial integrity of Ukraine within the constitutional boundaries and its economic revival will become a secondary task for the world, in contrast to the strategic defeat of Russia. Why the Russian Federation will inevitably collapse and will Ukraine be able to fight for its freedom without the help of the West – read in the material Alexandra Izhaka How to Defeat Putin’s Troops in Ukraine.

Russia will find a way to pay off its external debt

The situation in the South – Lost ships of the Russian Federation is trying to replace the so-called. drowned

Turkey officially changed the international spelling of its name