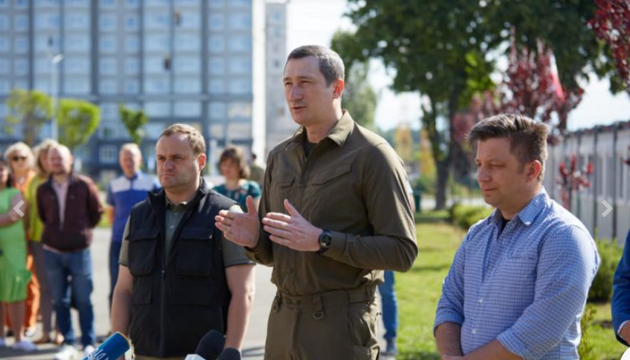 According to the minister, the temporary town is designed for 352 seats.

“People who have lost their homes will live here. In particular, among them there will be teachers whose housing was destroyed both in Bucha and in the surrounding settlements and who work in a local school. This accommodation is temporary. The government, regional and local authorities are now actively working on long-term options for providing housing and rebuilding damaged housing,” – said Alexey Chernyshev.

In total, 704 people are planned to be accommodated in modular towns in three locations in Bucha.

“There are 88 living rooms, dining rooms, children’s, women’s and men’s toilets and shower rooms in this town. This option, which we started to implement together with the Government of Poland, has already proven its convenience and optimal comfort”, – informed the head of the Ministry of Regional Development.

It was previously known that Taiwan will take part in the post-war reconstruction of the Ukrainian city of Bucha. Also, the country’s government promised to send financial assistance to the restoration of Kharkov, Odessa, Chernihiv, Sumy and Zaporozhye.

CHP-5 stops in Kharkiv due to gas prices

Four died, five were hospitalized. What is known about the crash of the military IL-76 near Ryazan