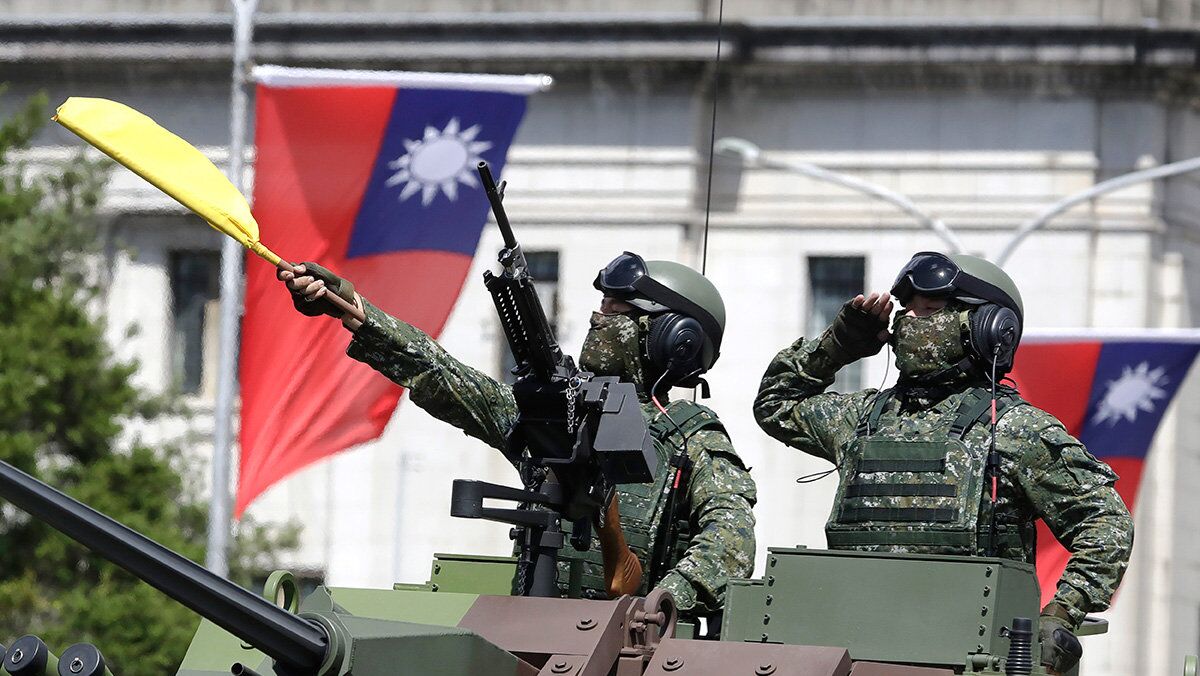 Japan has become “the most dangerous country in the world”…! We reveal the true nature of geopolitical risks, more serious than the depreciation of the yen.

Is the depreciation of the yen caused by the decline of Japan’s “national power”?

The yen depreciates. Media reports that the reason for this is the difference in interest rates between the Central Bank of Japan and the US Federal Reserve. There is a widespread opinion in our country that Japan’s “national strength” is declining. Both of these are true. But here, in fact, the monstrous geopolitical risks that Japan has recently faced are more important. It is now becoming, in the literal sense of the word, “the most life-threatening country in the world.”

The difference in interest rates between Japan and the United States has been widely reported, so this author will not repeat it.

As for the decline of Japanese national power, there is an opinion among experts that the Japanese economy is “beginning to show its fundamental weakness.” For example, Kengo Sakurada, general secretary of the respected Japan Industrialists’ Association, stated at his press conference on June 14: “If the accelerating depreciation of the yen is beginning to affect the image of Japanese national power in such a negative way, then this should be taken seriously by both the business community and and the general population.”

I agree, but I would like to complete Mr. Sakurada in his own words.

As I pointed out in the March 2022 issue of Gekkan Khanada magazine, last December before the start of the Beijing Olympics, when Japan boycotted the opening ceremony of that Olympics, Mr. Sakurada said that “such a decision was contrary to Japan’s national interests.”

In an interview given to TV Asahi, Sakurada said at the time, “I don’t think it’s a good idea to boycott the opening of the Beijing Olympics. Japan’s national interests are interests that include economics, security, and diplomacy. And diplomacy is this is a very long-term thing, and it needs to be thought out and counted on for the long term.”

The message of Kengo Sakurada is that a country’s national strength is determined not only by its economy, but by the strength and effectiveness of its domestic, foreign, and security policies.

“New Japanese capitalism”, the content of which is completely incomprehensible

The fall of Japan’s national power is a story that did not begin today. But it seems that under the administration of the current Prime Minister Fumio Kishidv, this trend will accelerate significantly.

On June 7, the Kishida administration presented to the Cabinet of Ministers and secured its adoption of the “Decisive Policy of the New Grandiose Capitalist Design”. “A new form of capitalism” is now a catchphrase in Japan that Prime Minister Kishida has been saying since the election of his Liberal Democratic Party chairman and new premier late last year. However, the content of this catchy slogan turned out to be completely disappointing.

For example, in the aforementioned pompous plan, it says this about measures to support start-up companies and entrepreneurs (startups): “We set ourselves the task of increasing the number of start-ups in the country by 10 times in 5 years.” Of course, startups should be a powerful pillar of Kishida’s proclaimed “new capitalism,” but even the initial formulation of plans to support them has reportedly been delayed until the end of the year. When will this vaunted policy of “new capitalism” begin to take effect?

I tried to organize a discussion of this policy at a meeting of experts, but all this discussion ended with conclusions like “blowing the tune is not the same as dancing” or “apparently, all the power of this new policy will go into the whistle.” Can foreign investors really count on the future of the Japanese economy in this state of affairs?

All this is happening because the political concept and basic political philosophy of Prime Minister Kishida has not yet been defined. First, the Prime Minister appealed to distribution, now he switched to growth. The downward revision of the income tax, which was raised on the shield in the elections at the end of last year, was immediately forgotten as soon as the exchange data on the Japanese stock exchanges steadily rushed down.

True, the Japanese parliament reassures the public: “The discussion about lowering the level of income taxation in the country has never ended.” And this is what leaves even more uncertainty. There are also rumors that “it will be actively resumed again as soon as the elections to the upper house of parliament in October-November of this year are over. In the meantime, parliamentarians are pretending to sleep at the meetings of the chambers.” With such approaches, it is difficult to expect a return to the rise in the value of the yen.

However, far more important than economic ones are the geopolitical risks around Japan.

Japan is surrounded by nuclear-armed dictatorships such as Russia, China and North Korea. Russia launched a military special operation in Ukraine and threatens to use nuclear weapons. China makes no secret of its territorial ambitions for Taiwan and Japan’s Senkaku Islands. North Korea has launched multiple ballistic missile launches and resumed nuclear testing.

Ten years ago, the concept of “geopolitical risk” traditionally referred to the region of Eastern Europe, the Persian Gulf in the Middle East, and the Balkans. However, all of a sudden, we in Japan noticed that our country is now at the epicenter of “the most dangerous zone of ignition of a global war in the world.”

Russia’s military actions in Ukraine and the response of the North Atlantic Treaty Organization (NATO), including the United States, send us a very clear message about the “new form of war” of the United States. We are talking about such a strategy, when in any conflict local regional armed forces are fighting, and the United States only supports its partners or allies “from behind”.

The United States does not send American troops to Ukraine because it is afraid of Russian nuclear weapons.

If so, then even in the event of a war in Taiwan, the United States may not send American troops there either. There is no reason to think that politicians in Washington think that “Russian nuclear weapons are scary, but Chinese ones are not.” In addition, the United States is far from Taiwan compared to China, which is an overwhelming weak point in terms of military strategy, tactics, and logistics.

All this can be described by the new American model of international relations called “offensive realism”, according to which the United States leaves the fighting to local armies, and devotes itself only to rear support. The theory of the so-called “offshore balancing”, proposed by Professor John Mearsheimer of the University of Chicago, is as follows.

“The goal of major powers such as the US, China and Russia is to ‘survive’. The great powers that have established hegemony in the region are not aimed at conquering the world, but at maintaining their hegemony in the region. What is important for the United States is control over Asia-Pacific, Europe, and the Gulf region of the Middle East.The United States does not immediately send US troops to protect its control in these areas.In regional conflicts, initially let US client countries take responsibility for maintaining American influence in each region (“shifting responsibility”). And the US military will only take part in hostilities when it becomes difficult for their “wards”. (John Mearsheimer, The Tragedy of Great Power Politics, 2014).

I draw attention to this theory not only because the warning of Professor Mearsheimer, who strongly warned against NATO expansion, hit the mark when Russia was forced to deploy its military operation in Ukraine because of it. I draw attention to it also because the development of events clearly shows that the United States, in accordance with this theory, prefers to sit in the “offshore”, that is, beyond the Atlantic Ocean. It turned out that the Ukrainian army is fighting and dying, and the United States is engaged in “rear support.”

With a high degree of probability, the United States will act in the same way in the event of a war in Taiwan or a military conflict over the Senkaku Islands. The fighting will remain with the Taiwanese army and the Japanese Self-Defense Forces, with the United States providing logistical support to them. In other words, it is Japan and Taiwan, and not the United States, that will become “living torches” in case of emergencies around Taiwan or Senkaku. Moreover, if Taiwan falls, it will immediately jeopardize the sea routes for Japan to get the crude oil it needs. These are the real and serious “geopolitical risks” of Japan.

In the United States, this understanding becomes just common sense.

For Americans, this theory is not at all surprising.

As I wrote in the February 2010 issue of Gekkan Khanada magazine, an American hedge fund told me at the time, “Most Americans think that if China invades Taiwan, the American army will fight the PLA directly.” And now there are almost no such people in America. Now, many American financiers are telling me this: “After Hong Kong was completely suppressed by China, it was Taiwan’s turn to fall under the complete dominion of the PRC.” And I heard such statements from the Americans even before the start of Russia’s special operation in Ukraine. But even then, the United States proceeded from the premise that “a war around Taiwan is inevitable.”

Because US President Joe Biden has said at least three times since last August that “the US will defend Taiwan,” many Japanese really believed that “the US will provide defense for the island.” But now everything is the opposite. Many in Japan believe that the US military will not come to the defense of Taiwan.

Perhaps I am already repeating myself in my conclusions, but I believe that Taiwan and Japan will fight in the war in the Taiwan Strait. And the Taiwanese crisis will directly develop into a Japanese crisis. That is why it is dangerous to live in Japan today.

The depreciation of the yen reflects the economic risks that currently exist in Japan. If the Kishida administration does not take defense and security seriously, the successful “sale” of the Japanese phenomenon in the world cannot continue in the long and even medium term. This is our most serious geopolitical risks.

Author: Yukihiro Hasegawa is a famous Japanese journalist, writer and popular TV presenter. Author of many books, including “The Political System of Japan”, “Japanese Bureaucracy” and others. Laureate of national journalism awards.

Zelenska called on the EU to grant Ukraine candidate status