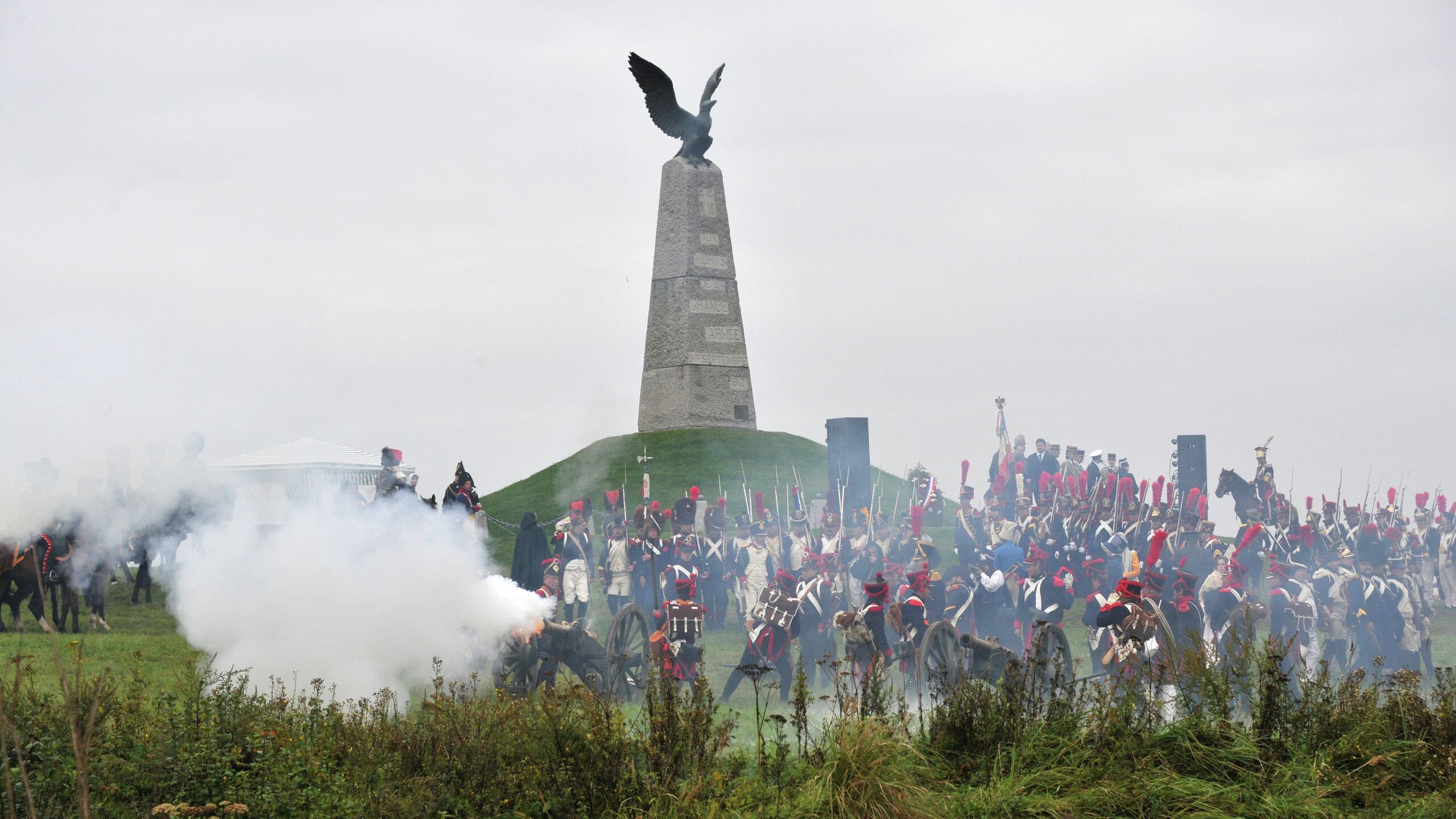 Russian President Vladimir Putin launched a military special operation in Ukraine. He was heavily criticized by the international community for it, considering it a violation of international law.

However, many Russians support the special operation. One of the reasons is that the self-perception of the people as victims of numerous foreign invasions is deeply rooted in the Russian national consciousness. To this day, deep within the people, there is a conviction that Russia is not an aggressor, that “Russia itself is always exposed to aggression.” This conviction comes from the past, from the many attacks of foreign invaders that Russia has endured over the centuries. What was the cost of the most recent war with Nazi Germany, which treacherously attacked the USSR.

“Bang-bang!” There was a terrible roar, and smoke poured from the cannon. A war horse with an officer is rushing right in front of me.

On May 29, 1812, in Borodino near Moscow, a reconstruction of the famous “Battle of Borodino” between the Russian army and the troops of Napoleon who attacked Russia took place. Approximately 300 uniformed men fight as French or Russian cavalry or infantry.

Nearby are reproduced the camps of both armies, which show the work of military doctors of that time, demonstrate the methods of making weapons and shoes, etc.

That year the French army invaded Russia with a large army of about 700,000 men, including Polish and German soldiers.

Historians say that during the epic Battle of Borodino alone, tens of thousands of people died on both sides.

The battle of Borodino is described in detail in the great work of Leo Tolstoy “War and Peace”.

In Russia, the battle with the Napoleonic army is called the “Patriotic War of 1812”. It is remembered as a defensive war of the Russian people along with the “Great Patriotic War” when the USSR fought against Nazi Germany.

The current commemorative event on May 29 was aimed at helping not only adults, but also children learn patriotism.

The young man Denis (36), who attended this memorial holiday with his son Yegor (14), said: “I want children to study history and be brought up on the patriotism of their people.” Denis also added that he felt a surge of patriotism with the start of the Russian special operation in Ukraine. “I fully support the special operation. And I want the situation in Ukraine to be resolved by peaceful agreements.”

The battle of Borodino has been used to raise patriotism in Russia since the days of the Russian Empire.

In 1839, in the presence of Emperor Nicholas I, the opening ceremony of a majestic monument took place at the site of the battle. In 1912, for the 100th anniversary of the battle, a museum was created here, which is still actively working as the Borodino National Military History Museum.

In autumn 2012, President Putin and former French President Giscard d’Estaing watched the event marking the 200th anniversary of the Battle of Borodino. “The Russians achieved the greatest achievements in the development of their homeland only when they were united,” Putin said then. “Patriotism and the unity of the Russian people have always been the basis of our great victories,” he addressed the people.

“Before the Napoleonic wars, Russia experienced the invasion of the Poles, and everything was repeated in 1941, when Nazi Germany invaded our country,” said museum director Igor Korneev. “In history, Russia has experienced many invasions and defeated the invaders in all of them. Russia has never even lived 100 years, so as not to be subjected to anyone’s aggression. She never attacked anyone, she only defended herself.”

However, in reality, the Russian Empire fought with the European powers in order to expand its territory, also extending its power both to the east and to the south. In Soviet times, Soviet troops suppressed the “Budapest uprising” in Hungary and the “Prague Spring” in Czechoslovakia, and also entered Afghanistan.

However, a huge number of Russians share this self-perception of Russia as the victim of multiple aggressions. Putin claimed that one of the reasons for the start of the special operation in Ukraine was that “Ukrainian” neo-Nazis “and” nationalists “with the support of the West were planning an attack on Russia.”

Andrei Kartapolov, head of the Russian State Duma Defense Committee, complained on a national television program on May 29: “Napoleon in the 19th century, Hitler in the 20th century. Every time our lands were invaded by the whole of Europe. And the same thing is happening today.”

Many Russians believe that the Russian special operation in Ukraine was prompted by the need to counter the US plot, which Russia considers to be its biggest threat. And that in fact this special operation is a “battle for the fate of the country” after two previous domestic wars.

The United States provides weapons to Ukraine, denying the readiness for military intervention in this country.

Antonina Aksenova, deputy chairman of the Union of Committees of Mothers of Russian Soldiers, which supports the families of fallen soldiers, emotionally expresses her point of view, which is full of criticism of the United States: “This war is approved and sponsored by the United States. Who was prevented by our friendship with Ukraine?”

Turks about Su-57: fantastic! It’s not too late to buy them