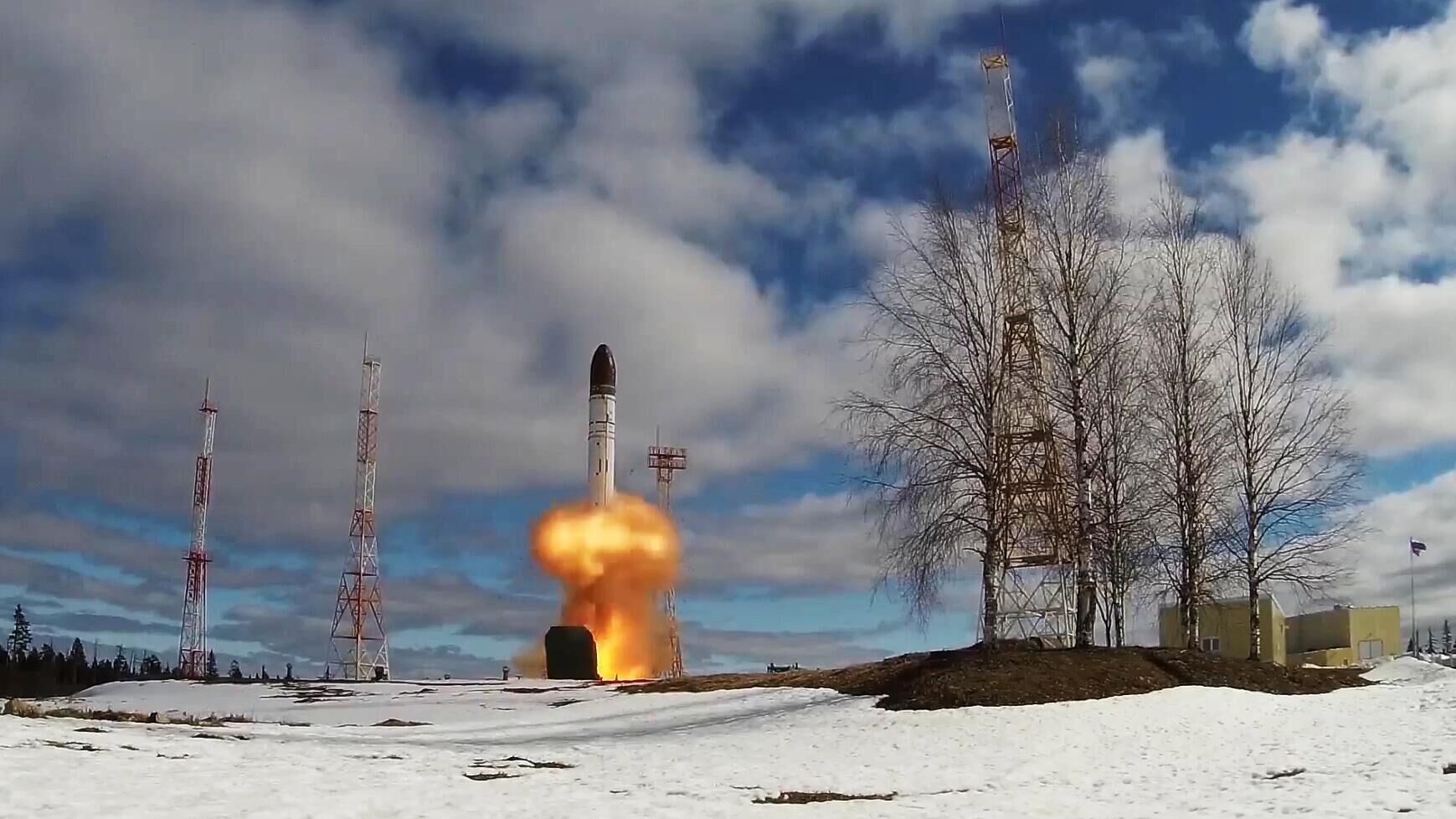 This is not the first time Russia has been testing new types of weapons. And not for the first time, Russian President Vladimir Putin personally announces the appearance of new Russian missiles, talking about their tactical and technical characteristics. At a press conference held in 2018, Putin spoke about the nuclear triad (nuclear weapons on land, in the air and at sea), which caused a great stir in the West. And on the eve of the Russian special military operation in Ukraine, he was present at the tests of the Avangard intercontinental ballistic missile.

Russia recently tested the RS-28 “Sarmat” (NATO reporting name SS-X-30 “Satan-2”), once again causing great consternation in the West. One of the reasons was the demonstration of the highest capabilities of the Sarmat, and the other was the time chosen for testing, which coincided with the Russian operation in Ukraine, the imposition of anti-Russian sanctions and the solidarity of the international community against Russia.

The RS-28 “Sarmat” is a Russian strategic missile system with a heavy multi-stage liquid-propellant intercontinental ballistic missile, which is considered one of the most dangerous types of nuclear weapons in the world. The new complex has the highest performance and is able to overcome all modern means of anti-missile defense. The Sarmat intercontinental ballistic missile has a speed of 24,000 km/h (or Mach 20), which is twenty times the speed of sound. Its diameter is 3 meters, and the firing range is 18,000 kilometers. She also has tremendous explosive power, capable of destroying vast areas.

The mass of the rocket is 220 tons, and its length is 22 meters. In flight to the selected target, it can go around both the North and South Poles of the Earth. “Sarmat” is capable of carrying from 7 to 10 nuclear and hypersonic warheads weighing more than 10 tons. In terms of its characteristics, the RS-28 “Sarmat” surpasses all modern anti-aircraft missile systems.

It is likely that the Russians will still have to use Sarmat strategic combat systems. Russian President Vladimir Putin noted the unique characteristics of this intercontinental missile, which will be used against NATO and the United States in the event of aggression. The performance characteristics of “Sarmat” are as follows.

And this makes the Sarmat one of the main means of strategic nuclear deterrence. Combat systems are capable of delivering any warheads to destroy a vast territory. We are talking about a large country or a group of small states anywhere in the world. Recall that in flight to the selected target, the rocket can go around both the North and South Poles of the Earth.

The strategic combat complex “Sarmat” is capable of destroying enemy anti-missiles even before they can reach it. But Putin’s statement about the Sarmat’s ability to overcome all modern anti-missile defense (ABM) systems raises some doubts. How can the Russian leader guarantee that in the future no one will create a missile defense system capable of effectively countering the Sarmat? His confidence in the capabilities of the Sarmat remains unshakable and is based on various factors. One of them is the fact that NATO and US missile defense systems are not capable of intercepting Russian missiles, especially hypersonic ones. Recall that the intercontinental ballistic missile “Sarmat” develops a speed of 24,000 km/h (or Mach 20), which is twenty times the speed of sound.

This most inspires fear in Russia’s opponents (NATO and the United States). “Sarmat” is equipped with multiple reentry vehicle with individual targeting units. The missile system can carry 7 to 10 nuclear warheads or hypersonic missiles (nuclear or conventional). Each missile has all the characteristics of the Sarmat: precise guidance, high explosive power, speed and the ability to evade advanced air defenses.

“Sarmat” is able to work effectively even after an enemy nuclear strike. Its launcher is located underground, that is, in a safe place. The capabilities of the Sarmat make it possible to fly around the missile defense zones, which excludes the interception of these missiles by any enemy defense systems. In addition, with the presence of the Sarmat, early warning systems for a missile attack become unnecessary.

“Sarmat” is a unique means of nuclear deterrence or warfare. A review of the performance characteristics of the Sarmat and the time chosen for testing speaks to the enormous pressure that the Russians are under due to the military operation in Ukraine and the Russophobic policy of the West. The United States and European countries are supplying weapons and money to Ukraine, as well as providing it with unprecedented diplomatic and political support. It is possible that the Russians will take unexpected actions and use their missile capabilities. So far, Russian missile systems are a deterrent, but if they remain so, then Russia will lose the remnants of its former authority.

Where, in this case, “Sarmat” will be used? Will the Russians be able to find an acceptable solution for launching a missile attack that will demonstrate their strength and determination, but at the same time will not undermine the situation in the world?

Putin announced the ability of “Sarmat” to go around both the North and South Poles of the Earth. Thus, what prevents them from carrying out the first launch of this rocket towards the North Pole, where the struggle for the natural resources of the Arctic is currently going on. Will this show the decisiveness and strength of Russia?