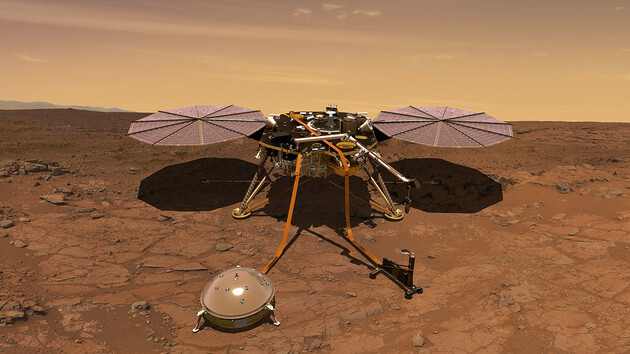 The InSight mission team decided to extend the life of the station’s seismometer. But this means that she will use up her available energy supply faster, according to Phys.org.

As the amount of energy available to InSight is rapidly dwindling, the spacecraft’s team has rescheduled the mission to maximize the scientific work it can do. The station was scheduled to turn off the seismometer, the last scientific instrument still in operation, by the end of June. This was supposed to save energy and allow the device to live until December.

At the same time, now the specialists have decided to continue the work of the seismometer until the end of August, and possibly until September. As a result, its batteries will run out earlier, but will allow the seismometer to record additional marsquakes.

“InSight hasn’t finished telling us about Mars yet. We’re going to get all the science we can before the lander completes operations,” said Laurie Gleizes, director of NASA’s Planetary Science Division in Washington.

InSight has already been able to register 1,300 quakes and also provide scientists with information that has allowed them to measure the composition and depth of the Martian crust, mantle and core. Using other instruments, InSight recorded weather data, examined the soil beneath the lander, and studied what was left of Mars’ ancient magnetic field.

All of the station’s scientific instruments, except for the seismometer, had already been switched off. Like other spacecraft, InSight has a fail-safe system that automatically puts it into safe mode in threatening situations and disables all but the most critical functions. Low batteries and temperatures below certain limits may cause the machine to enter Safe Mode.

In order to extend the life of the seismometer, the InSight team has disabled the fail-safe system. While this will allow the instrument to operate longer, turning it off will not allow the craft to protect itself from sudden situations and breakdowns that the engineers on Earth cannot fix.

Recall that the device encountered technical difficulties on the Red Planet. Due to the large amount of dust on the solar panels, it cannot generate enough energy for scientific research. Scientists believe that the station can complete its mission within a year.

InSight landed on Mars on November 26, 2018. It was supposed that the device will drill the Martian soil, but after two years of unsuccessful attempts, NASA decided to abandon this.

Ukrainian partisans stepped up their operations in the Kherson region

The enemy fired at the Dnepropetrovsk region from “Hurricanes”. There are dead and wounded