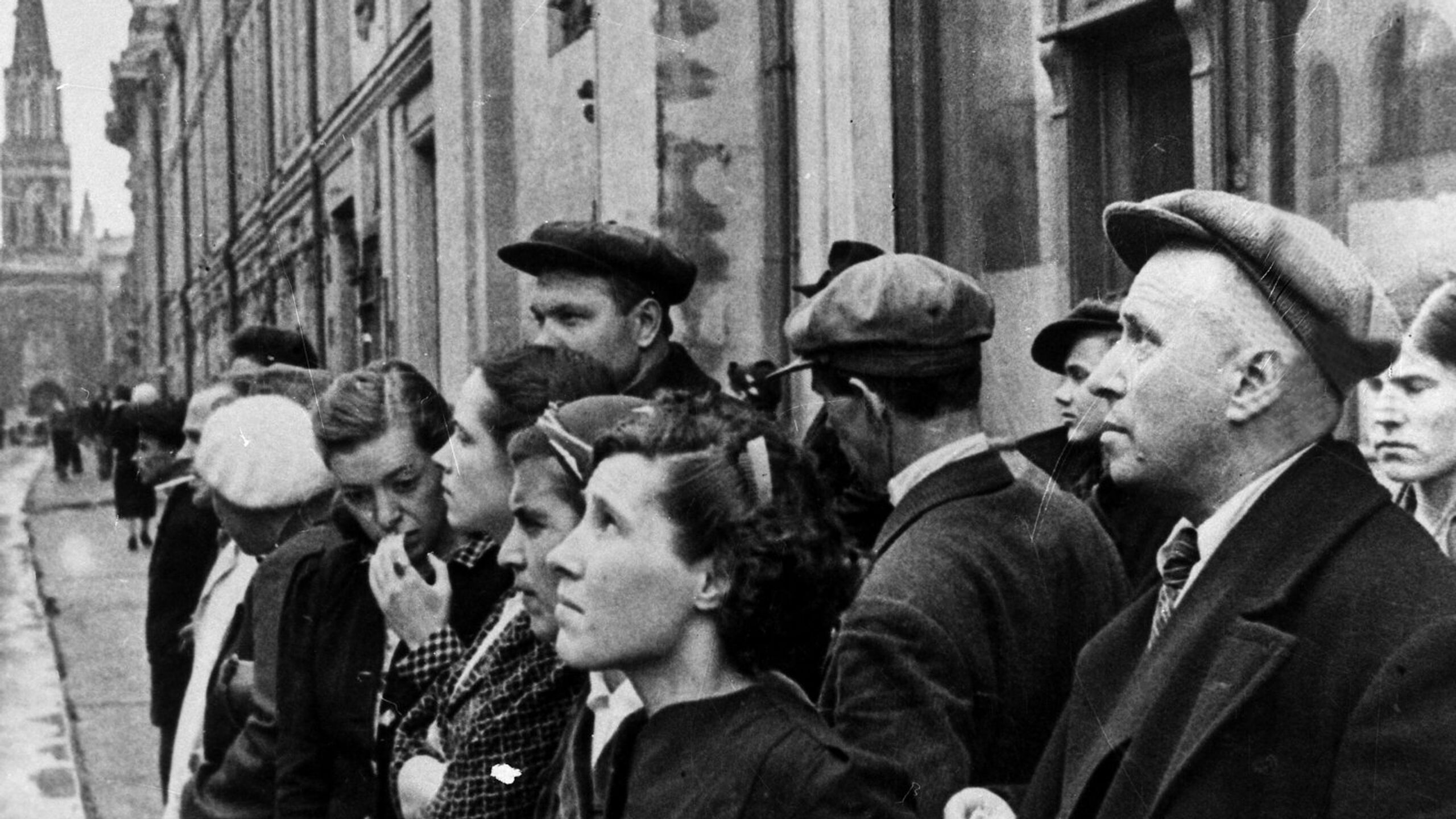 On June 22, 1941, Nazi Germany attacked the Soviet Union. German ideologists denied some states the right to exist, used starvation as a weapon, and terrorized the population of the occupied areas. Ukraine also suffered huge losses. The planned documentation center in Berlin is now taking on a special significance.

The Second World War in Eastern Europe began with a Nazi utopia: a peasant community of ethnic Germans (the so-called Volksdeutschen) was to emerge in the east. This was envisaged by the General Plan “Ost”. This is the name of a collection of documents that arose in the period from 1940 to 1942. Representatives of the German minority, for example, from the Baltic states, were supposed to be settled in Eastern European lands. It was also possible to leave part of the local population there – according to the General Plan Ost, somewhere around 31 million people (out of hundreds of millions). The rest of the local population, Konrad Mayer, under whose leadership the plan was developed, is mentioned in only one paragraph. This population should not have remained: the expulsion and killing of these people was something for granted for Mayer.

The population of Germany does not know much about the violence of the German occupiers in Eastern Europe, here there are “blank spots” in our memory. For example, many associate the victims and victories of the Soviet Union, primarily with Russia, and here Rafael Gross, president of the German Historical Museum in Berlin, makes an amendment: “The Second World War in Eastern Europe was transformed in the minds of these people from the war in Germany against the Soviet Union into a war against Russia. In turn, Russia declared the victory of the Soviet Union over Germany a purely Russian victory.” (Nothing like this was announced in Moscow at any state level, not a single Russian government, either after 1991 or before, disputed the role of other republics of the USSR in the Victory – ed. INOSMI.)

Putin is waging the current war against Ukraine under the pretext of its denazification. Thus, he distorts history, since Ukraine also suffered the most from the Germans. This proves that where ignorance reigns, history can become a weapon. The new documentation center in Berlin aims to close gaps in our knowledge.

The politics of starvation

When Germany invaded Poland in 1939, the Germans translated the General Plan Ost into concrete laws. They drove the Poles from their lands, destroyed the leading stratum of Polish society, drove the Jews into the ghetto and destroyed them, settled the houses of the expelled and murdered Poles with ethnic Germans.

The Nazis intended to do the same in the republics of the Soviet Union. As early as 1970, Nazi planner Konrad Mayer told reporters: “The plan, developed under my direction, envisaged that the transformation of the East would take place within 25 years after the end of the war.” Hitler counted on a blitzkrieg, so at the time of the attack on the Soviet Union in June 1941, his soldiers did not even have winter uniforms in their luggage.

But everything happened differently: the Germans had to provide their front for several years and keep the war industry functioning. The settlement of the Soviet Union by German peasants in the exemplary farmsteads planned by Mayer remained a paper fantasy. But the expulsion of the population from their places of residence and its destruction in those areas of Eastern Europe that had long remained under Nazi occupation has become a reality.

The Nazis starved to death millions of people in the occupied areas. In the first months of the war, they did not provide for the food supply of Soviet prisoners of war at all. While about 4 percent died among captured Western Allied soldiers, the death toll among Soviet prisoners of war was 60 percent. This is written on the website of the “Memorial to the victims of the Nazi policy of conquest of living space.”

But not only prisoners of war, but also quite peaceful areas near the front were completely deprived of food, all of it was taken out by the Wehrmacht. The north-east of Ukraine was especially hard hit. The Germans simply starved the population of Kharkov and Kyiv.

Actual or perceived resistance was brutally suppressed by the Germans, sometimes they burned entire villages. The Nazis waged a war of annihilation. Reichsminister Martin Bormann wrote in July 1941: “This vast expanse must be pacified as quickly as possible. The best way to do this is to shoot anyone who looks askance at us.” In the former Soviet Union alone, there are 15 million civilian casualties.

What role did hatred for the Slavs play?

What, the Nazis simply did not pay attention to the death of these people? Or did they deliberately kill them, because they saw in the local population “Slavic subhumans”? In other words: what role did hatred for the Slavs, Slavophobia play in this case?

The General Plan Ost was based on the racist notion that peoples, regarded as biological races, should fight each other for living space. The German land is allegedly overpopulated, so the German people need more space, where “in a completely alien environment, the German ethnos will have to take root and secure a biological existence for itself for a long time.”

However, the role of racism in German actions is disputed in academic circles. “Detailed racial theory was only circulated among intellectuals and within Nazi leadership circles,” says Alexa Stiller. She teaches at the University of Zurich and previously studied German-annexed areas at the University of Bern. “And among the ordinary German population, the feeling of the superiority of the white race, especially the Germans, did not take the form of a coherent theory.”

For ordinary people, according to Stiller, more important was the conviction that the Germans had a right to the areas that they won during the First World War and then lost under the Treaty of Versailles. These were parts of Slovenia, Poland and France. According to her, the occupiers proceeded more from pragmatic than from ideological considerations. Therefore, they entered into allied relations even with people who were Slavs in language, for example, with Slovaks.

But one thing is certain: the violence against people in the east of Europe was much stronger than in the west. To make this clearer, in 2020 the Bundestag approved the allocation of money for the creation of a new documentation center dedicated to the German occupation policy. All parties voted in favor, only the Alternative for Germany faction abstained. Mark Jongen, considered the ideologue of the Alternative for Germany party, sees in this initiative an expression of “German pride in their sins” and “ostentatious moral repentance.” In March of this year, the Bundestag accepted a proposal for the implementation of a project developed by the German Historical Museum. But it will probably be years before the documentation center opens.

However, Claudia Roth, the Federal Government Commissioner for Culture, specifically referred to the war in Ukraine when discussing the decision to establish a documentation center: “This political signal, which serves as a reminder of the past, is especially important now, when there is a relentless struggle against Ukraine, which the Putin regime accompanies with historical revisionist propaganda.

The president of the German Historical Museum, Raphael Gross, also considers the special significance of the document center in the context of today’s defense of Ukraine: “I do not want to say that by doing this we will prevent wars, but we will be able to better understand the present and, perhaps, in the future, react more correctly to certain events.”

“There is no task of sovereignty as total isolation.” The head of the Ministry of Digital Development on the “islandization” of Russia, censorship on the Internet and surveillance in the subway