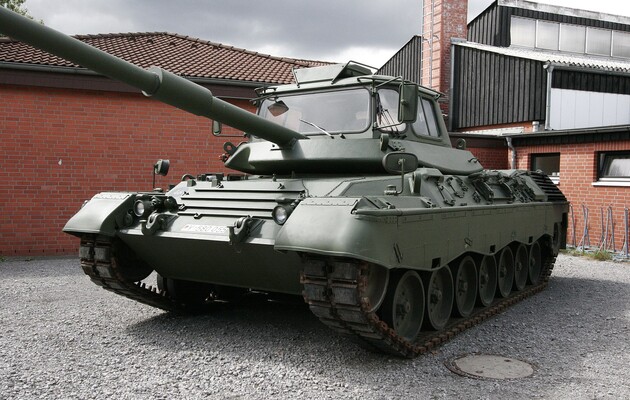 The Polish President criticizes the German government for the allegedly broken promise to supply Poland with tanks, and the German conservatives for the delay in the supply of heavy weapons to Ukraine, writes DW.

“The German government is dumbfounded, I would say.” The official representative of the German Chancellor, Steffen Hebestreit, responded so undiplomatically to a journalist’s question about the federal government’s reaction to the sharp criticism of Germany from the Polish president.

Andrzej Duda accused Berlin of breaking the promise given to Poland – to supply German tanks to replace those Soviet-made T-72s that Warsaw provided to Ukraine from its own reserves.

German opposition conservatives, in turn, sharply criticize the government of Chancellor Olaf Scholz (Olaf Scholz) for the delay in the supply of heavy weapons to Ukraine itself and the concealment of certain “agreements” with NATO partners on the non-transfer of modern Western military equipment to the Ukrainian army.

Surprising journalists with the words about the “stunned government”, Steffen Hebeshtreit told them at a government press conference some of the details of the agreement with Poland on the so-called round-robin arms deliveries.

We are talking about the transfer of Western weapons to Eastern European partners in NATO, which are still armed with Soviet-made military equipment, in exchange for those that they transfer to assistance to the Ukrainian armyreflecting Russian aggression.

The relevant resolution on this matter was adopted by the Bundestag on April 28, with the votes of both the parties of the government coalition and the conservative opposition. The deputies called on the German government to “continue and, if possible, speed up the delivery of the equipment it needs to Ukraine and, at the same time, expand the transfer of heavy and complex weapons systems to this country, for example, within the framework of circular deliveries.”

Such an exchange of Soviet types of weapons for German ones is carried out, for example, with the Czech Republic. According to media reports, Prague sent T-72 tanks, BMP-1 armored personnel carriers, as well as multiple launch rocket systems and Dana self-propelled howitzers of Czechoslovak production to Ukraine. In return, the Czech army will receive at the expense of the German government, in particular, 15 German Leopards.

The same scheme was envisaged with Poland. But there is a difference in the details, and a significant one. The Czechs agreed to the Leopard 2 A4 tanks, which since 1979 began to enter service with the Bundeswehr instead of the first generation combat vehicles – the Leopard 1. Poland, on the other hand, wanted the most modern German Leopard 2 A7 tanks to replace their T-72s.

“The problem is,” Hebestreit explained, “that the Bundeswehr itself has such tanks only in a limited number, if I’m not mistaken, there are about 50 of them.

According to him, Berlin explained the situation to the Polish side, adding that the Bundeswehr did not have enough Leopard 2 A4 tanks, after which there were no more negotiations on this topic.

For German conservatives, the reason to criticize the approach of the government of the Social Democrat Scholz to the supply of heavy weapons to Ukraine was the ambiguous statement of the parliamentary state secretary of the German Ministry of Defense Simtje Möller.

Answering a question from the host of the Berlin direkt program on the ZDF TV channel about the reasons for the delay in the supply of heavy weapons to Ukraine, she said that NATO has an agreement “with which everyone agrees” that “Western-made battle tanks and armored personnel carriers are not supplied to Ukraine”. A little later, the DPA news agency, citing “alliance circles in Brussels,” sensationally reported that NATO had “an informal agreement to refuse to supply certain weapons systems to Ukraine.”

The Christian Democrats were outraged by the very existence of such a “contract” and the fact that the government did not consider it necessary to inform the German parliamentarians about such a decision by NATO, who quite recently had an overwhelming majority called for assistance to Ukraine and heavy weapons.

“I advise you to watch (Berlin direkt. – Ed.) again and listen to what exactly the secretary of state said,” David Helmbold, press secretary of the German Ministry of Defense, suggested through journalists to government opponents. “The accuracy of the quote is important. There was no question of a decision.”

The reasons for this “restraint” are clear. First, these are purely pragmatic considerations. What is the use of sending sophisticated military equipment to Ukrainians, the handling of which takes a long time to learn? It is much more reasonable to replenish the arsenals of Ukraine with the tanks that it already has in service. This is precisely the goal pursued by circular deliveries.

The second reason is the fears of the NATO countries to be drawn into Russia’s war against Ukraine, that is, their unwillingness to risk the emergence of a third world war. The alliance believes that the Kremlin may regard the supply of Western heavy weapons or aircraft to Ukraine as entry into the war. That is why, according to some reports, NATO urged Poland to abandon the plan transfer of Polish MiG-29 light fighters to the Ukrainian Air Force. And French President Emmanuel Macron spoke back in March about “the border, which is not to become a participant in the war.”

At the same time, the situation both at the front in Ukraine and on the world stage is constantly changing, and with it the assessment of possible risks. So Germany is gradually moving away from the previous strict refusal to supply its heavy weapons to Ukraine.

Anti-aircraft guns will be delivered there in July self-propelled units “Gepard”“, and then heavy self-propelled howitzers PzH 2000. Training of Ukrainian crews to work with this equipment is already being carried out at training grounds in Germany.