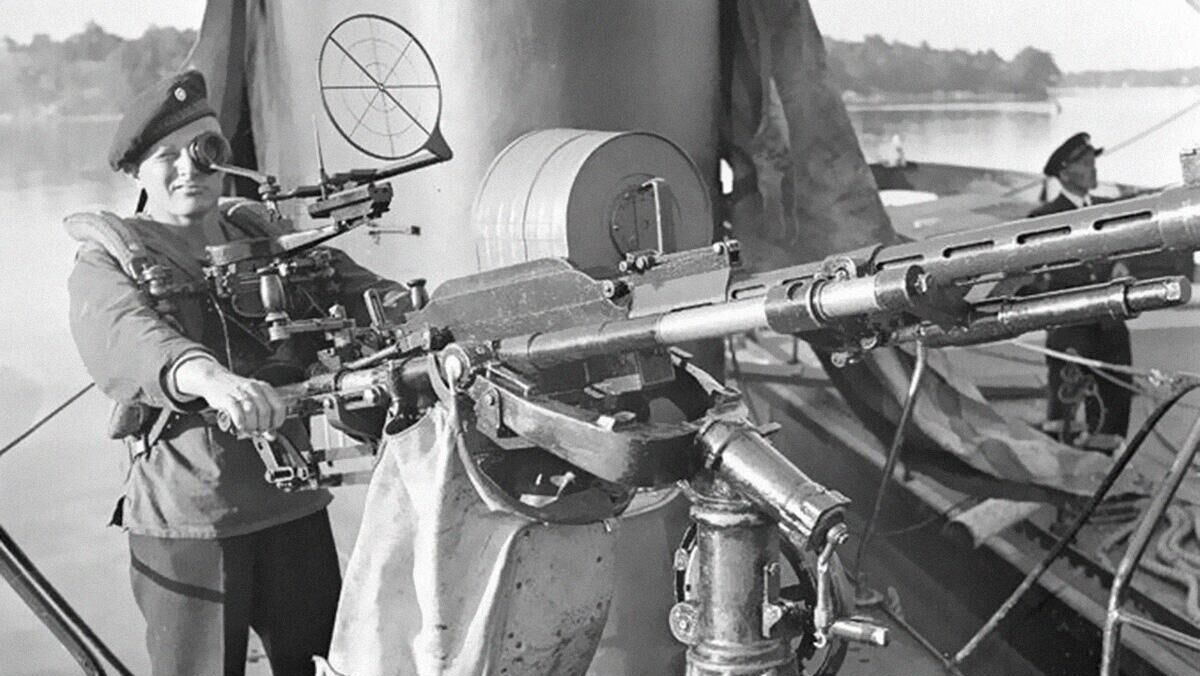 Finnish shipbuilding was not just a by-product of fulfilling reparation obligations following World War II. At the end of the period of existence of the autonomous Principality of Finland, Finnish shipbuilding, the main one of which was the construction of wooden sailboats, began to use metal.

Turku-based shipbuilding company Crichton-Vulcan has been involved in many interesting projects that have won Finland the most demanding customers.

William Crichton is a Scot who, during the years of the Crimean War, ended up in the service of the enemy of his homeland – in Tsarist St. Petersburg. In 1862 he bought a share in the mechanical workshop of Ericsson & Cowie in Turku.

The Russian fleet is a major customer

At the end of the 19th century, the Russian fleet was a major customer for battleships at the Turku shipyard.

The Battle of Tsushima and the defeat in the Russo-Japanese War marked the beginning of the collapse of the Russian Empire, but Turku still received orders for the construction of ships for some time. After the First World War and the revolution of 1917, the number of orders decreased, and the shipbuilding industry was restructured in the newly independent country.

The Rosenlew shipyard in the city of Pori ceased operations immediately – in 1918. Crichton soon merged with the Vulcan engine shop in Turku. In 1929 Crichton-Vulcan became an independent part of Koneja Siltarakennus Oy. Later, Wärtsilä emerged from these companies.

The poor country had 1,500 kilometers of winding maritime frontier running through the archipelagos. In 1927, the law on the protection of the maritime border was passed, according to which the battleships Ilmarinen and Väinämöinen began to patrol the border. Later, three more “large” submarines and two smaller submarines were allocated for these purposes.

Ironclads were the world’s first marine vehicles powered by diesel and electricity. They and four of the five submarines were built by Crichton-Vulcan in Turku.

The young Finnish state wanted to produce the best military vessels in the world – and eventually began to cooperate with the Dutch design bureau NV Ingenieurskantoor voor Scheepsbouw. In fact, this bureau was financed by the German naval forces.

Under the Treaty of Versailles, concluded after the First World War, Germany was forbidden to have offensive naval weapons. The fact is that earlier German submarines sank half the tonnage of British merchant ships.

However, Germany was keen to develop its own submarines – and the consequences are well known to us.

Finland, its navy and Crichton-Vulcan became a laboratory for a resurgent Germany.

Allan Staffans (1880–1946) was a Finnish technician, mining adviser and shipyard manager, a key figure in navy projects and subsequent war reparations matters. Before the First World War, he managed to work for Russia for ten years.

Under him, the Crichton-Vulcan shipyard was thoroughly modernized. Excellent knowledge of the Russian language and understanding of the Russian mentality allowed him to receive several orders for the construction of ships from the Soviet Union even before the war.

Before Crichton-Vulcan built three 400-ton minesweepers, this topic caused a lot of controversy in domestic, foreign and trade policy.

Among others, a German naval officer worked in the Ministry of Defense of Finland, and about a hundred German specialists worked hard at the Crichton-Vulcan shipyard, who carried out the lion’s share of orders for the construction of military ships.

In fact, the Vetehis class of ships, which was completed in 1930-31 – in addition to the battleships Väinämöinen and Ilmarinen, this class included the submarines Vetehinen, Vesihiisi and Iku-Turso – served as a prototype for a larger German project.

However, Germany later chose a vessel type almost twice as large for the task.

All kinds of attempts at espionage and pressure are now presented in the media as an exceptional modern phenomenon. However, the Soviet Union indirectly provoked strikes at the shipyard in Turku from March to December 1927 – and thus slowed down the creation of the Vetehis class. The construction of ships has become much more complicated.

In 1932, Soviet agents obtained drawings of large ships. Lieutenant Vilho Pentikäinen, who served on the General Staff of the Defense Forces, defected and passed photographs of the drawings across the border – though he was soon captured.

An experienced intelligence officer, among other things, was a night duty officer at the General Staff.

Vesikko as a training submarine

An even more important link to the success of the German forces was the submarine CV-707, or Vesikko, built by Crichton-Vulcan after the creation of large ships. At the helm of this 250-ton Finnish vessel, many German captains were trained to perform their future duties.

Vesikko, the only example of the Finnish submarine fleet, is now in Suomenlinna. The remaining submarines were sold for scrap in connection with the requirements of the peace agreements.

The submarine fleet of the Finnish Navy also included the Saukko, with a displacement of less than 100 tons, built at the Helsinki shipyard Hietalahti and originally designed for Ladoga. The little submarine, exhausted by breakdowns, was all the time in sea water – and never saw Ladoga.

Freedoms and censorship: the networks and the complaint – El Sol de México

The government does not own education – El Sol de México