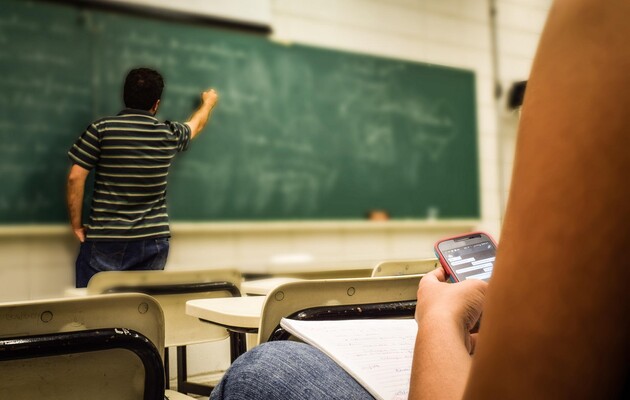 On April 21, by decree of the President of Ukraine, the National Council for the Restoration of Ukraine from the Consequences of the War was established. Its main tasks, in particular, include: development of an action plan for the post-war reconstruction and development of Ukraine; development of proposals on priority reforms, which must be adopted and implemented in the war and post-war periods; preparation of relevant strategic initiatives, draft regulations.

In order to prepare proposals for the fulfillment of the tasks of the National Council, 23 working groups, one of which is aimed at education and science. At the founding meeting of this group, two fundamental principles: integration of proposals with other directions and accelerated European integration.

Consistency of decisions in different areas is one of the key conditions for the successful restoration of Ukraine. A serious problem of education and science is that for many years after the country gained independence, they developed by inertia and increasingly moved away from the real needs of the development of society, the state and the economy. This was largely due to the economic crisis of the 1990s. It coincided with the demographic rise and turned education from a tool for building human potential, necessary for the development of Ukraine, into a tool for reducing unemployment. Under these conditions, feedback from other industries, academic integrity, the quality of education and research, their compliance with the demands of the labor market and business, etc., were gradually lost. For many years in a row, representatives of production, when asked what results of training young specialists they need, answered: they do not know what to do with those who are already working, let alone with young people, in the conditions of an economic downturn. Therefore, the skills of young specialists are not particularly interested in them.

The restoration of Ukraine sets completely different goals and objectives for education and science. And this offers a chance for perhaps limited but significant rapid positive change. To do this, it is necessary that proposals for the restoration of education and science, and in other areas, assume fruitful interaction between industries and take into account the significant impact of the development of education and science on achieving the goals of restoring and developing infrastructure, the economy and the financial sector, security and defense, and energy security. , healthcare, public administration, etc. Without high-quality education and science, it is impossible to create modern weapons, high-tech industries, develop medicine and digitalization, introduce energy-saving technologies, ensure the rule of law, etc.

No less important is the consistency of proposals with the requirements of European integration, in in particular integration into the European educational and research space. This means not only the signing, but also the consistent implementation of documents that define the framework requirements for education and science agreed in European countries. In particular, about the institutional autonomy of educational institutions and scientific institutions, academic freedoms of participants in the educational process, the level of education and qualifications, ensuring the quality of education, and so on.

However, we still have a controversial issue about the implementation of certain key European documents, for example, ECVET – the European system for the accumulation and transfer of credits in vocational education, which provides the possibility of recognizing and accumulating learning outcomes (and corresponding loans), in particular, obtained in various institutions or through non-formal and informal learning (in the family, at the place of work or residence) throughout life.

An important area of ​​European integration is international academic mobility recipients of education, scientific and pedagogical, scientific and pedagogical workers. In conditions when a significant part of educational institutions and scientific institutions have been destroyed, significantly damaged or found themselves in the occupied territory or near the war zone, this direction of European integration is of particular importance to us.

Equally important is the development internal academic mobilitywhich was almost ignored before the start of the war.

And one more note on this matter: European integration implies not only compliance with agreed rules, standards, norms and other things, but also active participation in their improvement and the development of new recommendatory and regulatory documents of European educational and research spaces.

Frankly speaking, not all the proposals of the members of the working group met these requirements. Among the initial proposals, some were aimed at patching up a little what had been formed at the beginning of the war, without solving fundamental problems. Some proposals might have been relevant in the late 1980s for reforming the then Soviet education and science, but they have long failed to meet not only the needs of development, but also the changes that have taken place in society and the state over the past 30 years. However, the format of the work, which provides for the discussion and coordination of proposals within the working groups and their adjustment and filtering by the members of the National Council, allows leaving only what will really be aimed at solving urgent problems of restoration.

One of the key problems identified at all levels of education, in science and in other areas, is lack of reliable and relevant data needed for decision making, which are based on evidence, and not on the subjective opinion of managers, their intuition and etc. This problem is essentialescalated due to the large, poorly controlled migration of the population caused by the war, in particular pupils, students, teachers, and scientists. It requires both quick operational decisions for the efficient use of limited resources (redistribution of educational subventions and budgetary financing of educational institutions, setting priorities for the restoration of facilities and renewal of the material and technical base, etc.), and decisions focused on a more distant future. Among the proposals there are many ideas about what kind of data should be collected, what digital solutions should be developed and implemented for their collection, storage and processing.

Need digitalization are also considered in other aspects, in particular in the context of creating support systems for the educational process, virtual laboratories, automation of the management of educational institutions and workflow, educational and scientific databases and information systems, etc. In my opinion, in order to make practical recommendations and decisions on these issues, it is necessary to generalize the existing proposals so as not to create many tools for solving the same or similar problems.

One of the most discussed issues is the need to optimize the network of educational institutions at different levels. Most of the participants in the working group agreed that reconstruction should not be reduced to a direct reproduction of what existed before the war. There were many distortions in the system of education and science, which have been discussed for many years in a row. It is also important that the war is likely to lead to significant demographic changes, in particular in the territorial distribution of the population. Therefore, the main task in this direction should be the creation of a more efficient system based on up-to-date information that will provide a higher quality of education, to a greater extent meet the needs of citizens and society in obtaining education of different levels, types and directions. It should take into account social, regional and sectoral needs, the needs of the personal development of the recipients of education. The biggest problem here is the lack of a shared vision of what performance metrics to use for optimization. Therefore, the main proposals in this matter are aimed at reducing costs, which, of course, is relevant in times of war and reconstruction. But no less important should be the results of educational, scientific, innovative and other activities that are achieved with these costs. Unfortunately, now there are only some general ideas on the choice of specific performance indicators of the system and educational institutions, which should be clarified by conducting all-Ukrainian monitoring studies, participating in international monitoring studies of the quality of education such as PISA, TIMSS, etc. and other studies, and this takes time.

However, there are more or less obvious solutions that should be implemented in the context of recovery. In particular, this applies to:

traditionally filed many proposals for changes in the content of education. Some of them concern the introduction of new academic disciplines, subjects or topics at different levels of education, which, obviously, is not the subject of a strategic document. At the same time, proposals on competencies and generalized learning outcomes seem to be more relevant. The main problem of their implementation is the possible creation of an imbalance in the content of education due to increased attention to some components and a decrease in attention to others. Therefore, in my opinion, they should be combined as a generalized requirement for compliance with the Core Competences for Lifelong Learning adopted by the EU Council in 2018, as well as existing European frameworks such as the public competencies framework and the digital competencies framework, which detail the core competencies and clarify the requirements for different levels of formation of the relevant competencies.

Probably, the most difficult problem is the need to seriously review many conceptual ideas about education, science, and the status of the respective institutions. and institutions, their missions in modern society, which are sometimes inherited not even from the USSR, but from imperial times. But today, unfortunately, this remains the subject of discussion, not practical solutions. Perhaps due to the fact that the solution of these problems goes far beyond the scope of educational legislation.

security forces detained the rector of the RANEPA Vladimir Mau

The trajectory is changing: the Washington Post outlined a hopeless scenario for a war in Ukraine