The Russian air taxi project Hover will not suffer in any way due to the sanctions imposed by the Russian Federation. This was stated by the director of the company “Hover” Maxim Chizhov. 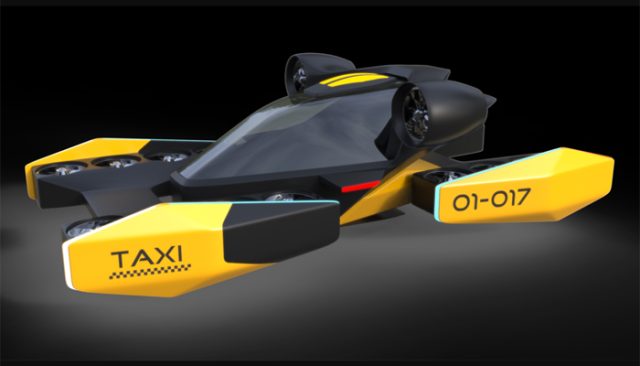 He noted that now the air taxi manufacturer is preparing to introduce a new version of air transport with improved flight safety parameters. “For us, the equipment changes occurred as part of a planned update of the model and the sanctions were not the reason for this,” said Chizhov.

“Of course, we are calculating the impact of sanctions in the future. At the moment, Hover consists of more than 90% of components made in Russia and China. Therefore, so far we do not see a scenario in which sanctions will have a significant impact on its equipment in the future, ”said the head of Hover.

Hover is able to lift two people into the air at the same time (up to 300 kg). Takes off vertically, like a helicopter, from an unprepared site, such as a car park. And by itself takes up no more parking space. You can control it with a radio remote control, like a regular quadrocopter. Air taxis lift eight propellers into the air. If half of the screws stop working in the air, you can land on the other four, explain in Hover. In the event of a more serious problem, the car has a parachute on which the car can land.

The device is capable of taking off to a height of 150 meters and accelerating to a speed of 200 km / h. You won’t be able to fly for a long time – the batteries last for 20 minutes (batteries are generally a weak point in many technologies). In addition to engines, the drone is equipped with a lidar for determining altitude, a barometer, an accelerometer, and other sensors. In the next modification, cameras will be used so that the device sees and recognizes objects.

Hover will not go on sale

Private use of the hover is not implied. It can be dangerous to give such devices into the hands of ordinary users, says Alexander Skalov, COO of the company. “The device requires piloting skills. If we sell it to everyone in a row, then people can suffer themselves or harm others, ”- explained top manager.

Hover wants to create its own service for calling an air taxi by analogy with Uber or integrate it into other aggregator applications. The company expects that in the future, when air taxis become commonplace, they will be more profitable than conventional ones, the cost of a flight may be about 20 rubles per kilometer. :///