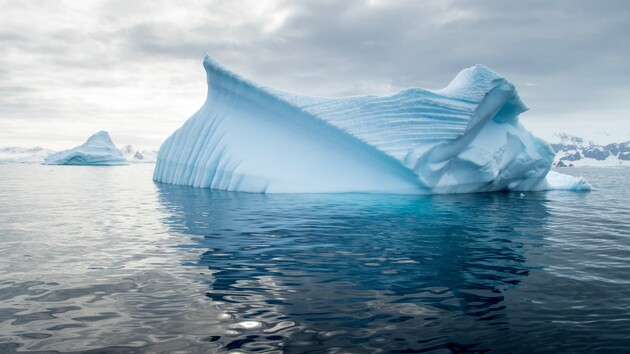 One of the few routes that ships can take through the Arctic is controlled by Russia. But by the middle of this century, the melting of the ice may lead to the emergence of a new route that will be beyond the control of the Russian Federation, reports New Scientist.

The Northern Sea Route stretches from the Kara Sea to the Bering Strait, covering most of the Arctic coast of Russia with a length of 24,000 kilometers. Traffic along this route is not currently heavy: the total volume of shipping in the Arctic last year was equivalent to one or two days in the Suez Canal. But melting ice caused by global warming could make Arctic shipping more attractive. Some polar routes are half as long as usual.

Read also: Warming in the Arctic: the temperature in the Barents Sea “rolls over”

One of the obstacles to increasing international traffic on the existing route, which is controlled by Russia, is the large number of fees and restrictions. According to Amanda Lynch of Brown University in Rhode Island, one shipping operator told her: “We are not afraid of icebergs. We are afraid of the icebergs of Russian paperwork.”

The legal basis for Russia’s jurisdiction stems from a provision in the United Nations Convention on the Law of the Sea, which gives countries jurisdiction over ice-covered waters within 200 nautical miles (300 kilometers) of their coasts – an area known as the exclusive economic zone. But as Lynch points out, melting sea ice and rising sea levels have destabilized those boundaries.

Lynch and Charles Norci of the University of Maine modeled how various global warming scenarios would affect Arctic shipping jurisdictions. It turned out that under all but the most controlled emissions scenarios, ice melt would open the way over the Northern Sea Route for at least a month a year from 2035-2065, depending on climate change scenarios.

Vessels that will move along this route will not be subject to the restrictions imposed by Russia on the Northern Sea Route. In addition, ordinary ships will be able to navigate it without the help of icebreakers.

At the same time, this will happen on the condition that the Russian Federation and other countries comply with international norms and laws at sea.

“I don’t have much confidence that Russia will stop within their exclusive economic zone in what they see as their rights to enforce their jurisdiction over ice-covered waters,” said Scott Stephenson of the RAND Corporation, a US think tank.

Norci also emphasizes that the Russian invasion of Ukraine has changed Arctic cooperation, from scientific projects to search and rescue operations. In March, seven of the eight countries suspended their participation in the Russian-led Arctic Council.

Previously scientists conducted a study that showed that soon rain will replace snowfall as the most common type of precipitation in the Arctic. This will happen due to climate change and the heating of the northern polar region of our planet.

Thierry Mariani: put up with Russia, we will lose, remaining US vassals

“The Book of Executioners”: Zelensky announced the launch of a base of Russian soldiers who committed atrocities in Ukraine