Germany will reduce dependence on Russian energy resources to zero and forever. This was stated by German Foreign Minister Annalena Berbock. 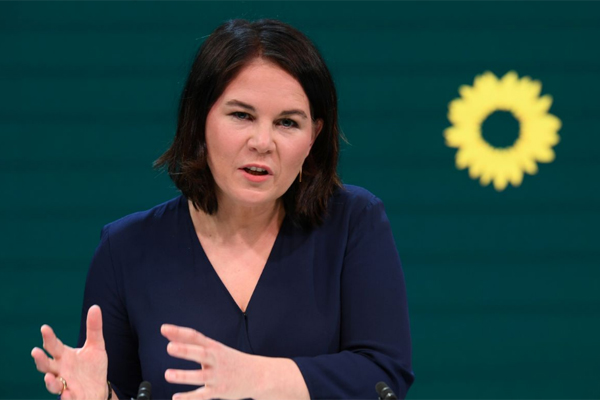 “We understood more than clearly that economic dependence does not lead to security,” noted minister at a press conference in Kyiv. Burbock stressed that the sanctions against Russia cannot be withdrawn even if they have a negative effect on Germany.

“We collectively make it clear that after February 24 there can be no mutual understanding with Russia, not a single millimeter back in sanctions behind Ukraine’s back,” Welt broadcasts Burbock’s speech.

Residents of Germany warned of a further increase in gas prices

Meanwhile, the Federal Association of Energy and Water Supply Companies of Germany (BDEW) warned residents about a further increase in gas prices. According to the DPA agency with reference to the head of BDEW Kerstin Andrea, since the beginning of the year, average tariffs for households and industrial consumers have increased significantly. This is due to extremely high wholesale prices. The purchase costs that energy providers must pay for electricity and gas, Andrea noted, have risen sharply in recent months.

Since the beginning of last year, wholesale electricity prices have quadrupled and gas prices almost fivefold. “Due to the long-term purchasing strategies of energy suppliers, the price dynamics in the wholesale markets reach customers late for several years,” – emphasized head of the association.

“However, the longer the price level remains high, the more wholesale prices will be reflected in the tariffs, and will also affect them in the long term,” Andrea stated. However, BDEW noticed that the situation in the energy markets is deteriorating. Thus, according to the BDEW analysis, the average current tariff for electricity for residential consumers from the beginning of the year to date is 37.14 cents per kWh. This is 15.5% more than the 2021 average.

In 2022, small and medium-sized industrial consumers will have to pay an average of 31.36 cents per kWh, which is almost 50% more than the previous year, BDEW indicated. Thus, households in single-family homes with an annual consumption of 20,000 kWh are now paying an average of 13.77 cents per kWh for gas – almost double what it was in 2021, when the annual average was 7.06 cent. Approximately twice as much will have to pay and households in apartment buildings. :///

Arctic LNG-2 may be left without Chinese modules

They are looking for Yoseline Patricio Vendrel, 16, kidnapped in Guerrero when she went to school

Biodiversity Day: Why is it celebrated on May 22? – The Sun of Mexico