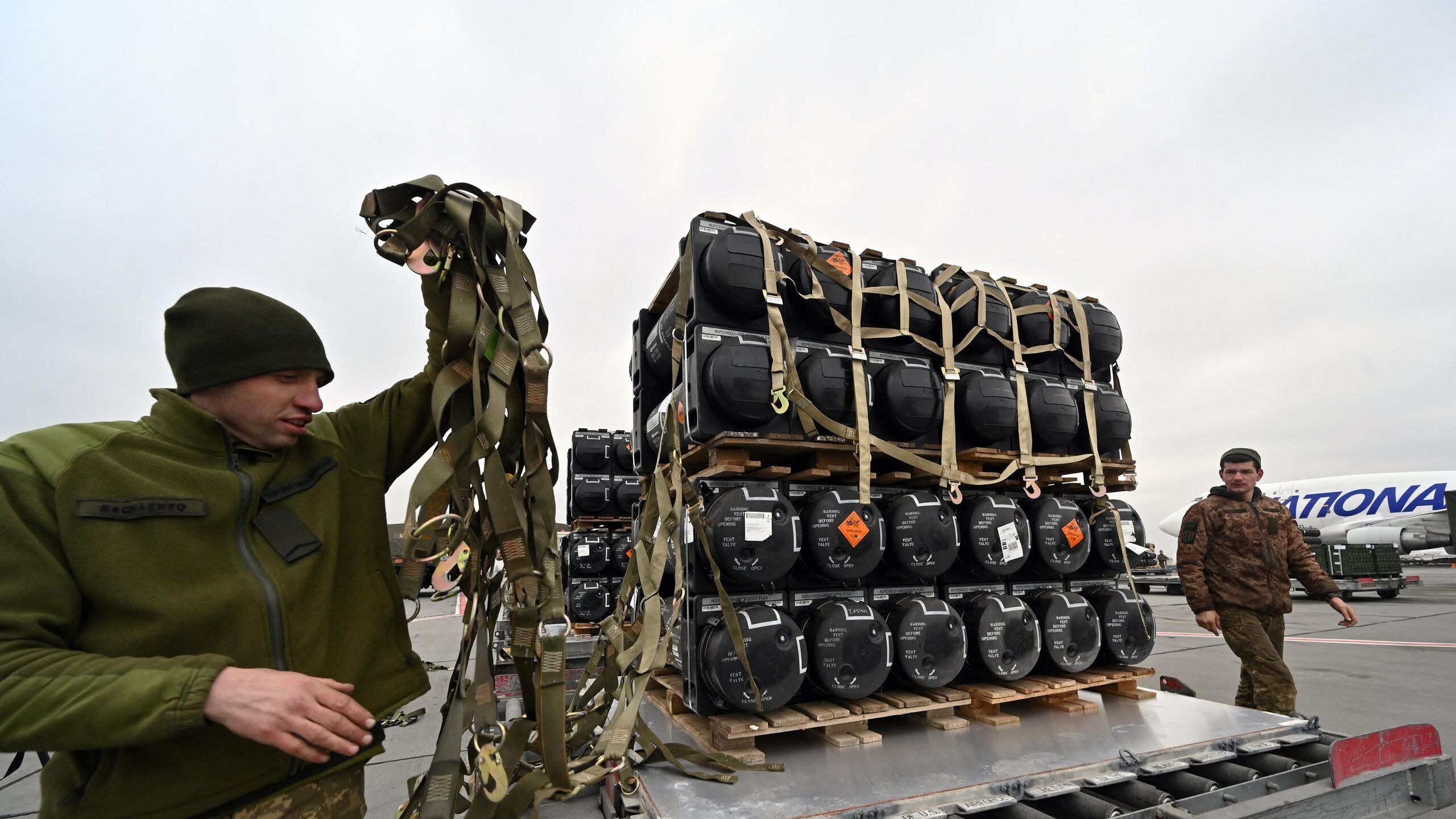 Who is the war machine in today’s world? What Moscow and Washington did on Monday may provide clues.

Although Russia is conducting a military operation in Ukraine, President Vladimir Putin never once uttered the word “Ukraine” in his speech in Moscow during the Victory Day celebrations.

He emphasized Russia’s security concerns, while at the same time avoiding provocative comments that could lead to a dangerous escalation. In contrast, the Joe Biden administration on Monday openly declared its intention to fan the fire of war and prolong the conflict. She urged Congress to immediately approve an additional $33 billion aid package for Ukraine by the third week of May, before the Pentagon runs out of funds to send weapons from its arsenals to the conflict-torn country. At the same time, President Biden signed the Lend-Lease Act, which will speed up the process of sending military aid to Ukraine.

Whether Congress will pass the bill is unknown, but the $33 billion is a significant increase over the $22.5 billion he asked Congress to fight COVID-19. It looks ridiculous and outrageous, but while the number of cases of COVID-19 in the United States is growing, and in winter and autumn their number could reach 100 million people, Biden in a statement on Monday called on Congress to first decide on providing assistance to Ukraine, and already then to deal with additional funding for the fight against coronavirus.

The US does not care about the lives of Americans, and they do not intend to take into account the lives of Ukrainians. Military assistance to Ukraine is a priority for the Biden administration, because Washington is waging a proxy war with Russia, providing military support to Kyiv. The US hopes to use the conflict to weaken Russia. To this end, Washington, in order to delay it, is increasing the supply of weapons, ammunition, bulletproof vests and other military equipment and equipment to Ukraine.

But free cheese in today’s world is only in a mousetrap. The more weapons America supplies, the more Ukrainians will die. Another is even worse. The Lend-Lease Act of 2022, called “Defending Ukrainian Democracy” and approved by Biden, will land Ukraine in debt and turn it into a new American colony. This law allows the United States to use the military lend-lease program for the accelerated delivery of weapons, military equipment, medicines and food to Ukraine. At the same time, the calculation is made on the fact that the recipient country will pay for it later.

“This will become a serious burden for Ukraine. It will have to repay both the principal amount of the debt and interest on the supply of various types of weapons and military equipment that it will receive from the United States in the future. America is a business country. It will not do business at a loss” , – said military expert Song Zhongping.

The lend-lease program is not cheap, and America’s malice is obvious. Support Ukraine in its struggle to the last drop of Ukrainian blood, provide it with so-called military assistance, and then demand payment from future generations of Ukrainians for weapons, ammunition and food supplied by the United States.

Now imagine the influence the United States will have over Ukraine for decades to come through this Lend-Lease program.

“America’s best bet is the continuation of the crisis in Ukraine. Its military-industrial complex earns a lot of money from conflicts. And the biggest loser will be Ukraine and its people,” Sun said. He stressed that Ukraine would be divided, plunged into a morass of poverty, underdevelopment and debt, as the US constantly pumped weapons into it, hindering any peace efforts. The USA is a vampire, making money on chaos and war. America will suck Ukrainian blood not only now, but later, when the war is over.

Explosion due to gas accumulation causes fire in a house in Tecámac, Edomex