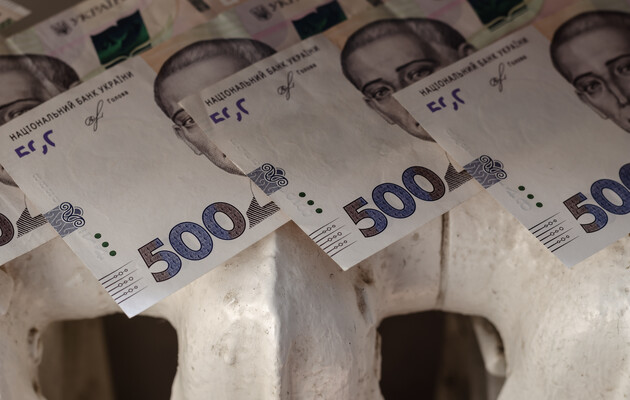 The key goal is to introduce a moratorium on the increase in prices and tariffs for gas and heating during the war and six months after it ends.

In particular, the following is expected:

And the first question is the legality of these, of course, good, prohibitions, because pricing policy, according to the Constitution, is the competence of the Cabinet of Ministers, and not the Verkhovna Rada. And this has been repeatedly confirmed by the Constitutional Court with its decisions, which must be honest and impartial, but this statement still remains a requirement of our European integration, and not a reality. So, purely from a legal point of view, all these attempts to protect the consumer can be stopped quite quickly by appealing to the Constitutional Court. The government, you see, should think about it, especially since now it has exclusive powers, which would be quite enough to make this decision.

The second question concerns the prohibition of enforcement of debt collection. If the ban on raising tariffs is established until the end of martial law and for the next six months, then the ban on collection is only until the end of the war, and there is no further six-month delay. So immediately after the end of martial law, suppliers will send invoices to consumers, which they will certainly not be happy with, even despite the current moratorium on tariffs. That is, it turns out that the government seems to be protecting the consumer, but its decision on a moratorium on raising tariffs can be easily stopped, and the settlement of debts is limited exclusively to wartime.

At the same time, the Cabinet of Ministers is doing everything so that suppliers do not hesitate to accrue debts to the maximum, because at the end of the war they will all be on the verge of bankruptcy.

It is clear that a moratorium on tariff increases with double-digit inflation and extremely high energy prices is a guaranteed loss for the energy market. And the government traditionally offers compensation to companies, of course, at the expense of the state budget, the deficit of which since the beginning of the war has gone beyond any rational framework and is filling up very sluggishly.

In the event of a moratorium on tariffs, the government proposes (by a separate bill №7429) the following sources of loss coverage for companies:

However, there is no calculation of how much money the energy sector will really need to compensate for losses from the moratorium, just as there is no understanding whether the amount of more than UAH 264 billion will be enough for the energy sector. But two risks are clear. First, compensation is limited to the current year’s budget, although even if the war ends in August, the moratorium will remain in place until at least February next year. Secondly, the lion’s share of compensators is funds from Ukraine’s Western partners, which are now being received very sluggishly, in portions, and most importantly, they are not a constant and reliable source of funding, because their allocation usually depends on many factors.

However, the skin of an unkilled bear has already been divided as follows:

And here it is interesting, because the last point is not about the losses incurred by the sector by buying expensive fuel and selling it cheaply to consumers, but about debts to the state budget accumulated by oblgas over the past ten years, most of which until recently belonged to Dmitry Firtash, but now transferred to Chornomorneftegaz.

Not perfect, to put it mildly. The reason for their arrest and alienation was, rather, the dubious actions of the Ministry of Energy, rather than the regional gas companies themselves. After all, the ministry itself, fulfilling the government’s order to collect rent from the regional gas companies for the use of gas networks, decided to conclude agreements with them on the free use of state property. It is quite possible to win back this decision in court, and to do it after the state deprives these companies of their debts at the expense of society is also surprisingly profitable.

The icing on our cake of the worst expectations is bill No. 7451, which amends the law on the privatization of state property, allowing the sale of seized objects, as well as property on which a prohibition of alienation has been imposed, and the privatization of a “pool”, that is, an object formed from several objects of privatization . Oh, and there are a lot of very corrupt things.

It’s hard not to notice something else. In draft law No. 7429, the illusory funds of the allies are ideally adjusted precisely for compensation, the real funds of the NAC are exactly for paying off the debts of oblgas, they even propose to create a separate article in the state budget for this. So we will not be surprised if in the end it turns out that it is this debt history that is the ultimate goal of such a legislative impulse.

In order to somehow justify such strange approaches to caring for consumers, the Budget Committee emphasizes in its conclusion that the repayment of oblgas debts is a public good, because it will improve their financial results and in a bright future will allow them to pay dividends to the state. This is all true, but the horizon of these dividends is as far away as this particular issue is from the problem of regulating tariffs for consumers.

So what do we have? A moratorium on tariff increases, which can stop the CCU with a wave of the hand, with a semi-moratorium on debt collection. Obvious, but never calculated in real terms, losses for the energy sector, which is expected to the most difficult heating season in history. Lack of guaranteed and stable income to compensate for these losses, with all the worst consequences for energy companies. On the other hand, we have a qualified mechanism for how to write off the oblgas debts at our expense, which at any moment (but probably after the debts are closed) may again be in private ownership. And we won’t even know who owns it, because until the end of the war we won’t have access to state registers. Somehow, all this is not very similar to caring for the population, you will agree, but it will be very difficult to find those in the session hall who will not vote for a moratorium on tariffs for the population. What, obviously, the authors of the plan are counting on.

“Volley from all guns.” Russians “level to the ground” villages after failures in battle – SBU interception – Ukrainian news, Politics

American missile defense is vulnerable. Russian and Chinese missiles are too tough for her