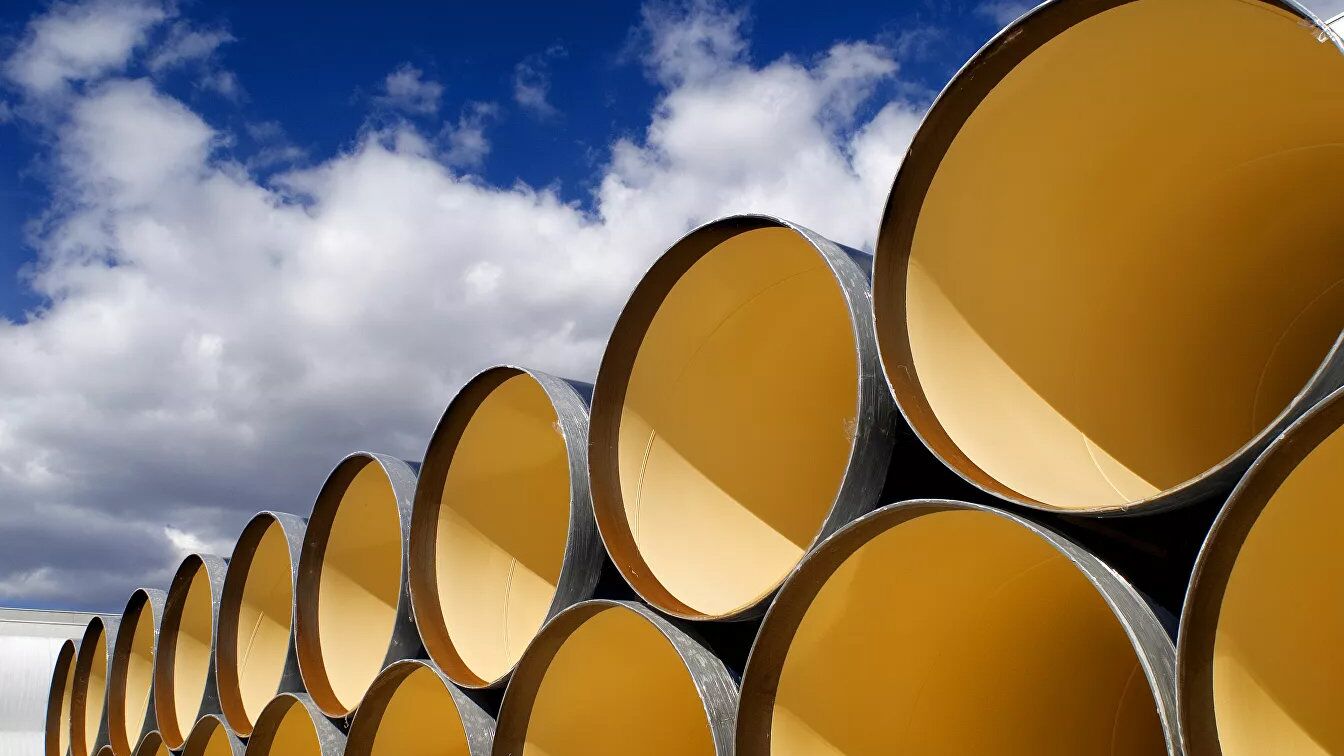 The Nigeria-Morocco gas pipeline project is under development. At the moment, Abuja and Rabat are seeking funds to build the world’s longest underwater gas pipeline. Russia has expressed interest in investing in the construction of a line that will transport gas from the country, ranked seventh in the ranking of countries with the largest proven reserves of blue fuel in the world, to the markets of North Africa and Europe. It should also be noted that this project is part of European plans to reduce the West’s dependence on Russian gas.

Blocking the channel for financing the special operation

The draft plan for an accelerated phase-out of Russian energy carriers is the hardest blow to Moscow, and its goal is to cut off the sources of funding for the Russian special operation in Ukraine. The European Commission has presented a plan to completely phase out Russian gas and oil. It includes three proposals: the diversification of gas supplies, large investments in renewable energy sources and increasing the efficiency of resource use.

Europe is counting on phasing out Russian gas as the Kremlin uses “energy as an instrument of political pressure.” The European Union seeks to compensate for the reduction in Russian gas supplies by increasing purchases of blue fuel from Israel, Egypt and African countries such as Senegal, Angola and Nigeria.

A country mired in poverty

One of the problems facing Nigeria is its low electricity generation, which weakens its competitiveness. Despite having vast resources, the vast majority of citizens are mired in poverty and unemployment, not to mention security problems in the north of the country. Militants of various terrorist groups are active in neighboring Niger, including Boko Haram and the Islamic State in the Great Sahara *.

In 2016, Nigeria and Morocco signed an agreement to build a gas pipeline from Nigeria to Europe via Morocco and 11 West African countries. The main gas pipeline will be laid along the bottom of the Atlantic Ocean along the coast of West Africa, and its estimated length is 5,660 kilometers. Morocco, for its part, insists that Nigeria lay a gas pipeline across the Sahara, arguing that large military garrisons are located in the area.

The OPEC Fund for International Development is going to invest $14.3 million in the Nigeria-Morocco gas pipeline project. Nigerian Minister of Petroleum Resources Timipre Silva said that several countries, including Russia, are expressing great interest in investing in the construction of a gas pipeline that should connect Nigeria and Morocco with European countries.

The administration of Nigerian President Muhammadu Buhari intends to begin construction before May 2023, that is, before the end of his presidential term. So far, no details about the cost of the project and the budget allocated to it have been reported, but there are rumors that the cost is estimated at 30-50 billion dollars. Environmental and social impact studies are currently underway to ensure that the project complies with all local and international regulations and standards.

Why do Russian companies want to fund a project that Europe will use to impose tougher sanctions on Moscow? The answer lies in the following: in order not to lose the colossal experience in the construction of underwater pipelines. Russia has accumulated extensive experience in the construction of such communications, and these competencies must be applied, otherwise they will be gradually lost.

However, the point is not only in underwater projects, but also in the struggle for influence in Africa. Russia is trying to compete with the West and China on the African continent, which has huge oil reserves. It has already managed to expand the horizons of military, economic and political cooperation with African countries, when in 2018 the United States announced the reduction of its military presence in Africa. Moscow also took advantage of the withdrawal of French troops from Mali, replacing them with Russian mercenaries. The Africans, in turn, are seriously concerned about the growth of China’s influence, so they decided to expand the list of partners in the field of trade and investment.

In addition to minimizing the damage from the introduction of anti-Russian sanctions, the Russians want to maintain the status of “gas king”. Thus, either Russia will remain the main supplier of energy resources to Europe, or it will take control of any project that Europe considers an alternative to Russian gas.

The West will try to prevent Russia from making a deal with Nigeria and Morocco to build a gas pipeline. Incidentally, the Russian side has not yet made any statements on this issue. Only a Nigerian official mentioned this. It is possible that the Nigerians are simply trying in this way to knock out favorable conditions for themselves in negotiations with Western partners.

The Europeans could threaten sanctions against companies that cooperate with the Russians to force Nigeria to forego Russian funding in exchange for favorable terms. International financial organizations, for example, can provide soft loans to the country, and this is something that Russia cannot compete with.