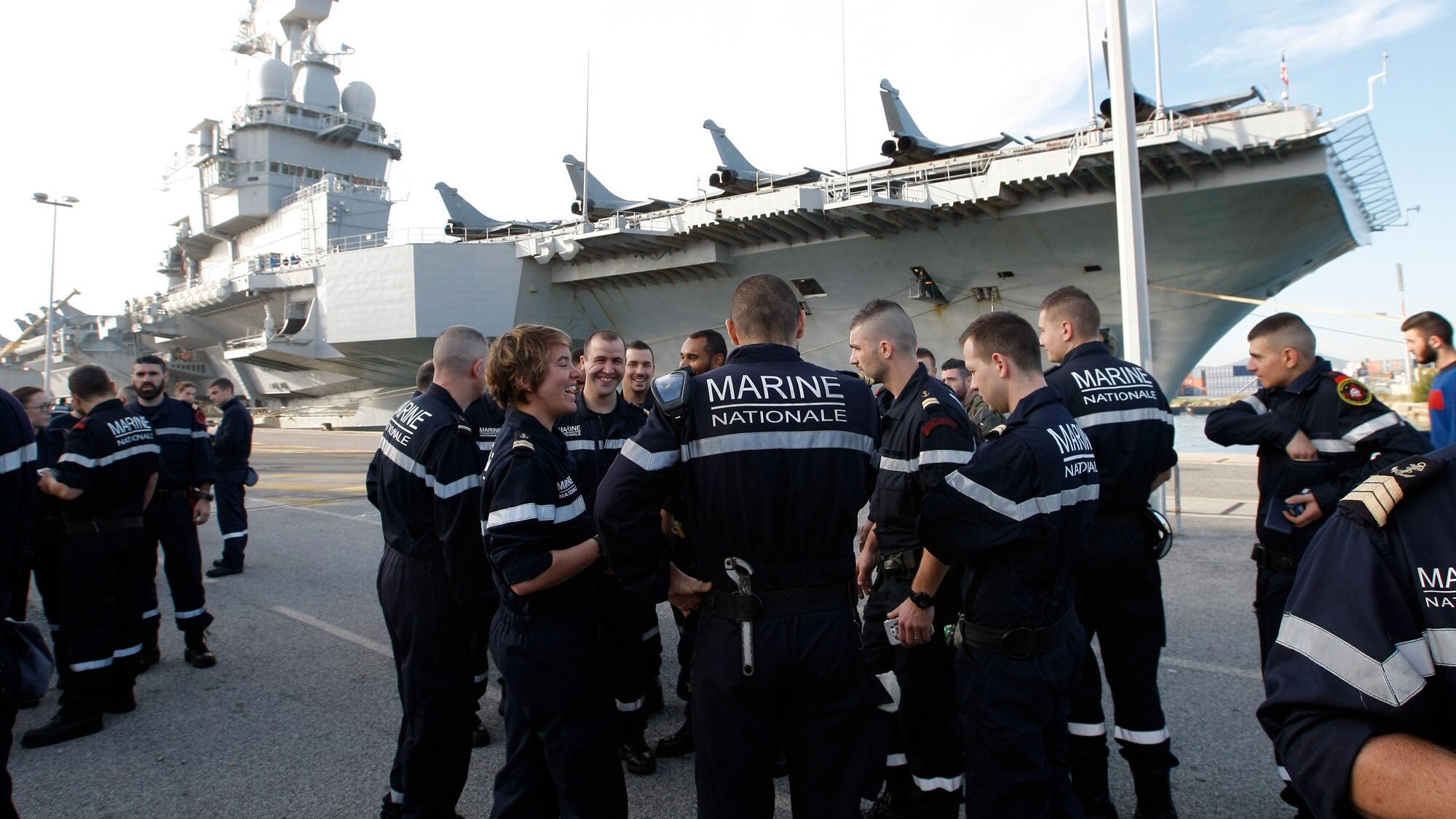 The conflict in Ukraine is out of control. Western countries, overwhelmed by their emotions, this is the reason. By increasing the supply of heavy weapons, abandoning diplomacy and dreaming of the defeat of Russia, they make one strategic mistake after another …

“Everything is poorly thought out” – this is how former French Defense Minister Jean-Pierre Chevenman described the good intentions with which, according to the proverb, the road to hell is lined. The conflict in Ukraine is one that has put Putin and Russia in a difficult position. We don’t need to talk about this. If Russia’s interests had been a little more respected, if the Americans had taken a slightly more reasonable position, and if the Franco-German efforts of seven years ago had received real support, we would not have faced such a situation.

Mistakes made in recent years are not carte blanche to keep making. But this is what we continue to do. The conflict in Donbass was of a regional nature. By launching a special operation in Ukraine, Russia provoked a conflict between East and West. Our sanctions and our large-scale arms deliveries turn it into a total (military, monetary, economic) and global conflict, since those not included in this zone, for example, the countries of Asia or the Persian Gulf, are forced to take a certain position in relation to our sanctions.

Ultimately, we have before us a hot war with a nuclear power and a cold war affecting the whole world. And the escalation never ends. Where are we going? Where do we want to go? Do we know it? I am afraid it is not.

Companions to the conflict without their knowledge

Our competent experts in the field of international law say that the supply of weapons does not make us complicit in the conflict. Encouraging, but purely theoretical view. Moscow thinks otherwise, stating that the Russian army is subjected to attacks by American and European weapons on a daily basis. The CIA chief is rightly concerned about the growing risk of a tactical nuclear strike. Last month, serious, sensible and experienced French diplomat Maurice Gourdeau-Montagne sounded the alarm in the media. On the Europa-1 channel, he called for caution, ending his reading of the list of arms shipments with an anguished cry of the soul: “And what’s next?” Poor Maurice…

Meanwhile, supplies are out of control. After light weapons, missiles of all kinds, armored vehicles, the time has come for tanks, helicopters and fighters. Deliveries are astronomical. To the point that American newspapers are expressing concern about the sharp reduction in the number of missiles and other means of warfare in the army (Bloomberg, April 14, 2022). Ukrainians are consuming them in huge quantities, and missile factories are not keeping up with this rate. In Europe, the situation is worse, as its stocks are more limited, especially for Russian-made weapons, which the Ukrainian army knows how to handle. We probably gave everything we could give to the Ukrainians.

In the meantime, inflation does not give us any respite, and this is one of the consequences of military spending. There are references to the Second World War in the USA. Today’s arms shipments are compared to those that the Americans made to Britain in 1941 and 1942. (These two situations are completely unrelated, but who cares.) Retired generals are starting to talk on camera about the possibility of sending US troops to Ukraine, which was unthinkable three months ago.

As for the sanctions, they are also out of control. We are already introducing the sixth or seventh package of sanctions. In early April, we even came up with a new reason to punish Russia. It was enough to show us the corpses of civilians on the streets of the city, liberated by the Russian army, to provoke a new tightening of the screws. We unfortunately see such cruel scenes in all wars, especially when they are led by armies known to be incapable of acting without rudeness. Are the next sanctions connected with a new strategic task, with a change in the military situation? No, they just became a response to our emotions from what we saw on the TV screen. If tomorrow they show us Russian-speaking residents of the eastern regions lying on the streets of Donbass, will these same sanctions be lifted on the principle of “we are even”? All this makes no sense.

We’d better ask ourselves more serious questions. Do we want to stop this war? If yes, by what means? The Americans dream of a humiliating defeat for the Russians. All their actions go in this direction. Are we following the same path? What are our strategic goals besides the stupid defense of the camp of good from the camp of evil? Are our sanctions and arms deliveries helping us achieve our goals? What is our long-term vision for relations with Russia over the next twenty years? To these questions I do not see a clear, thoughtful and bold answer. I hope my former colleagues will ask the right questions and write about it, even if no one reads them in high circles.

Like Maurice Gourdeau-Montagne, I am a staid professional diplomat from the dreary corridors of a building on the Quai d’Orsay. I have always adhered to the basic principles of the profession: to deeply analyze the issue and think about all the possible consequences of the decision you are going to make. I’m not sure that today’s diplomats apply this rule.

The video speeches of the Ukrainian president probably influenced our arms transfers more than the analysis of the Department of Strategic Affairs or the calculations of the military intelligence department of the Ministry of Defense. It is enough for the Ukrainian president to appear on the screens in a quasi-military uniform in front of sandbags, publicly criticize the leader who did not supply weapons (last week it was our president’s turn), utter the word “genocide” – and he is already on a dashing horse. Emotions spread from one capital to another. Within 48 hours, European capitals announced the delivery of a new batch of weapons to Ukraine. Good game, artist.

Volodymyr Zelensky plays his role well and confirms one thing: to be president today, it is enough to be a good actor. It seems that this unscrupulous television comedian knows much better than Putin’s clumsy bear how the spectacle-hungry Western society works.

France in a vice

Despite its status as a permanent member of the Security Council and a nuclear power, France no longer controls its foreign policy. Having decided that its policy is now made within the framework of the general policy of the EU (this is called “communitarization”, the transition to “common interests”), France no longer makes decisions alone. She should take into account the opinion of her partners and be proud of it. However (let’s put it mildly) our partners are not distinguished by the subtlety, depth and thoughtfulness of their thinking.

Who are we in captivity

On the one hand, there are those EU member states that are most guided by emotions and meddle with everyone with their moral principles. This is fine. More than twenty of them have delegated diplomatic and military matters to the United States and NATO for decades. They have almost no army, and their diplomacy is reduced to coordinating positions with Washington, plus the protection of human rights in their modern sense and the full glorification of LGBT people. These countries often behave inappropriately, but numerically they are the majority in the EU, and European diplomacy is a true reflection of this majority.

On the other hand, the United States. I’m not talking about their current senile president, but high-ranking officials who, generation after generation, tell the public about another US-winn war of good against evil. Listen to them, so today we must definitely overthrow Putin and bring Russia to its knees; and twenty years ago it was desperately necessary to overthrow Saddam Hussein and bring Iraq to its knees. And twenty-five years ago, Milosevic and Serbia were on the agenda. The same mechanism works, this car has no reverse gear. Every time the United States intervenes, there are many victims of the so-called “accidental damage” (collateral damage). These are people who, as if by chance, become victims of shelling and bombing by the United States. But all these “stray shells” and debris do not reach the United States. But the Americans themselves are under constant “bombardment” of their media. They are during armed clone conflicts that amplify the dominant sound and require an immediate response to shocking footage.

Today, France, which has long joined the Western camp and is a full member of NATO, is squeezed in tight. In the early 2000s, our Foreign Minister Dominique de Villepin, who in the Security Council withdrew UN approval of the American intervention in Iraq, came up with the last shining example of diplomatic sovereignty (I will allow myself this big word). On Iraq, France made its own decision based on its own analysis and stood its ground when it thought it was the right thing to do. But the world where de Villepin could work, that world is a thing of the past. Today, our position, according to the global press, is much better: we are a “European power”, which is praised in Ukraine for “supporting freedom” by the national press. France walks with its head held high next to the American hawks (although still a little behind them). De Villepin lost, as did a former official of his apparatus, a guy named Maurice Gourdeau-Montagne.