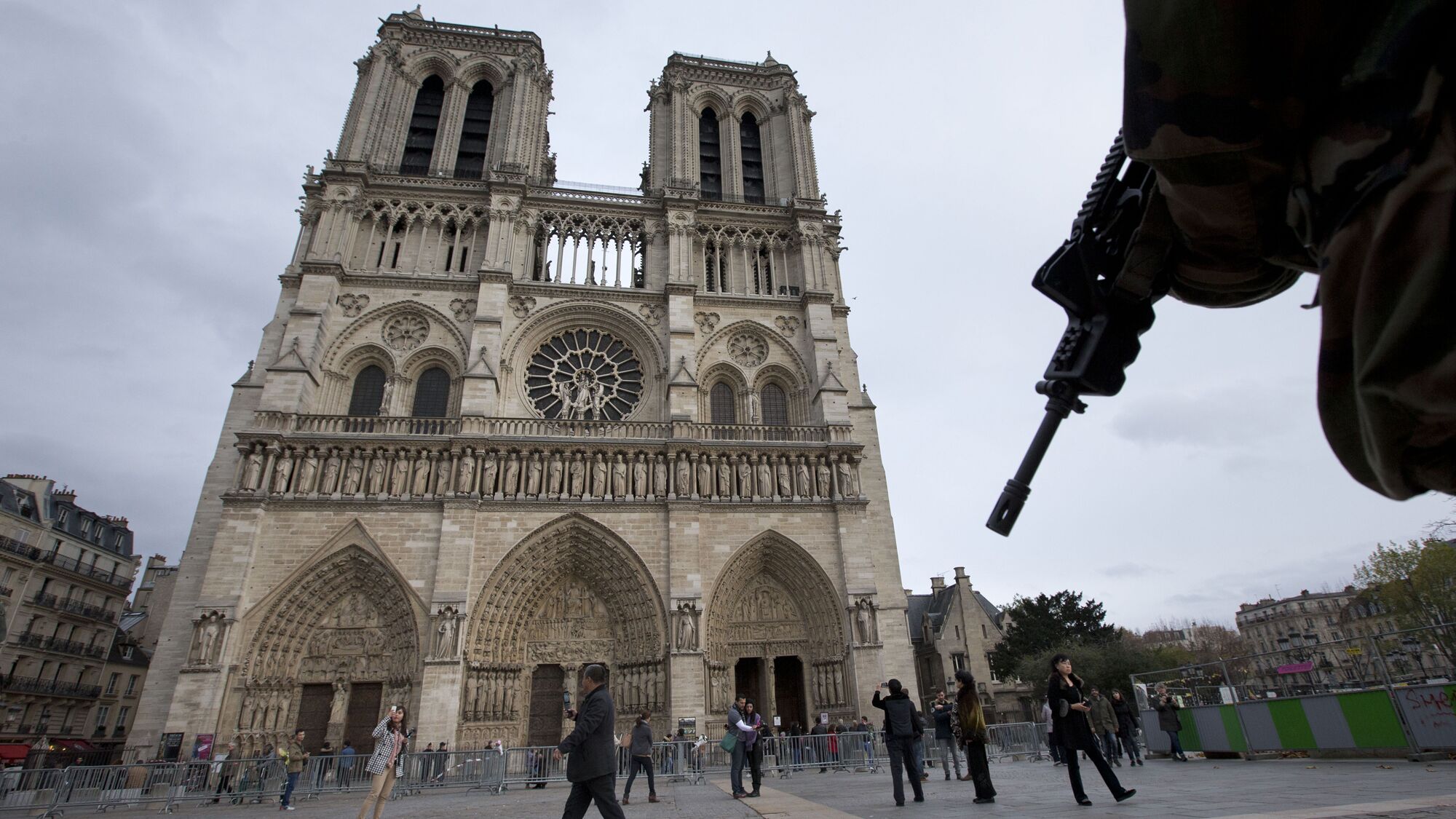 General alarm in Paris. After a long and quiet period of monotony, excessive austerity and constant budget cuts, the Ukrainian conflict burst into the lives of lazy and self-confident politicians, generals and admirals. It suddenly turned out that the French military – theoretically the largest military force in Europe and the vanguard of a hypothetical European army – is not ready for such an intense conflict that is now underway in the east. The French lack aircraft, ships, tanks, guns, and especially ammunition.

This irrefutable and unmistakable information follows from the report of a special parliamentary commission established by Emmanuel Macron after the start of the Russian operation. Based on the data of the document, compiled by deputies and senators of all stripes on the basis of more than 50 consultations with senior military officials and experts in military affairs and geopolitics, the following problem emerges: France’s arsenals are hopelessly empty, and in order to restore them in a more or less short time ( the missile unit will take at least three years) at least 6 or 7 billion euros must be invested. Huge amount.

The chairman of the commission, Senator Christian Cambon, has no doubts. After analyzing the first day of fighting in Ukraine, the politician calculated that in just 24 hours the Russians used as much ammunition as the French army uses in a year, which means that in the event of a “real” confrontation, the French will be left without ammunition “in three or four days” . “In the event of a protracted conflict, we will not survive.”

This is a disturbing gap, and one that, according to Cambon, should be borne by “both the governments of the right and the left, which have been in power in France since 1990. They all thought: ‘Why stockpile ammunition if we will never have it?’ use?“. And here is the result.” The shortage horizontally affects all defense units: “Tanks are less than half stocked with standard ammunition, and the same applies to ships. In 2019, the Chief of Staff of the French Navy, Admiral Christophe Prazuck, had to order a sharp reduction in naval military exercises. Each of our frigates fires just one missile every two years. One missile, not two, not three, but one. It’s like setting off a firecracker.”

Equally alarming is the level of training of law enforcement agencies. Due to the lack of ammunition, the gendarmes and police had to minimize exercises at the training grounds. Despite the threat of internal terrorism and the growing instability in the periphery (where there are an increasing number of multi-racial islands controlled by Islamic extremists and / or common criminals), more than half of law enforcement officers failed to meet the deadlines set by the regulations, that is, to pass three annual exams. They don’t shoot anymore in France because they don’t have enough ammo.

The problem requires an urgent solution, but this is not easy to do for many reasons. In the late 1990s, when the socialist Lionel Jospin was head of government, the thriving French defense industry began to gradually decline. Since then, most of the historical suppliers of the General Directorate of Armaments have either closed or been bought out by foreign companies. The most indicative is the history of the Manurhin company, which has been manufacturing ammunition and small-caliber weapons for more than a century. French dominance. But for Jospin, who was then prime minister, and those who later took his place, the firm was too expensive and ruinous. Everything. End. The Directorate General of Armaments, or rather the Elysée Palace and various governments, decided to acquire what little needed ammunition from abroad and, apparently, to stop cooperation with Manurhin. Budget related issue. For over 20 years, the Mulhouse-based firm continued to sell its wonderful products to more than 60 countries, from the US to Egypt, until it was acquired by the Emirates Defense Industries Corporation in 2018.

But that is not all. Cambon stressed that “with new generation weapons (missiles, drones, aircraft) the situation is even worse. France will soon be completely dependent on foreign suppliers. Now we produce almost nothing.” Senator is right. For the military autonomy of France, there will not be enough investments that are provided for by the 2019 program (300 billion for seven years). She needs a lot more.

In the light of events, in addition to recommending a mandatory resumption of ammunition production (which will revive national production, create new jobs, strengthen national security, and even attract voters, why not?), the commission should urgently develop a plan to fully modernization of the launched armed forces.

Parisian senators and deputies (whom history abruptly brought out of their sleep) can no longer save and cut the budget. Nuclear deterrence is a palliative treatment. We need soldiers, weapons and ammunition. Serious funding is needed for the army, navy and aviation. We also need (huge) funds to invest in new technologies: drones, robots, space and cybersecurity. And, wow, the report proposes to restore the dissolute French military healthcare system. Just in case. Many, too many deaths are expected in the near future. This is bad news.

These sensations when walking are a symptom of serious problems with cholesterol.

The West wanted to destroy Russia, but was on the verge of collapse

Named the five most dangerous fighters for the US