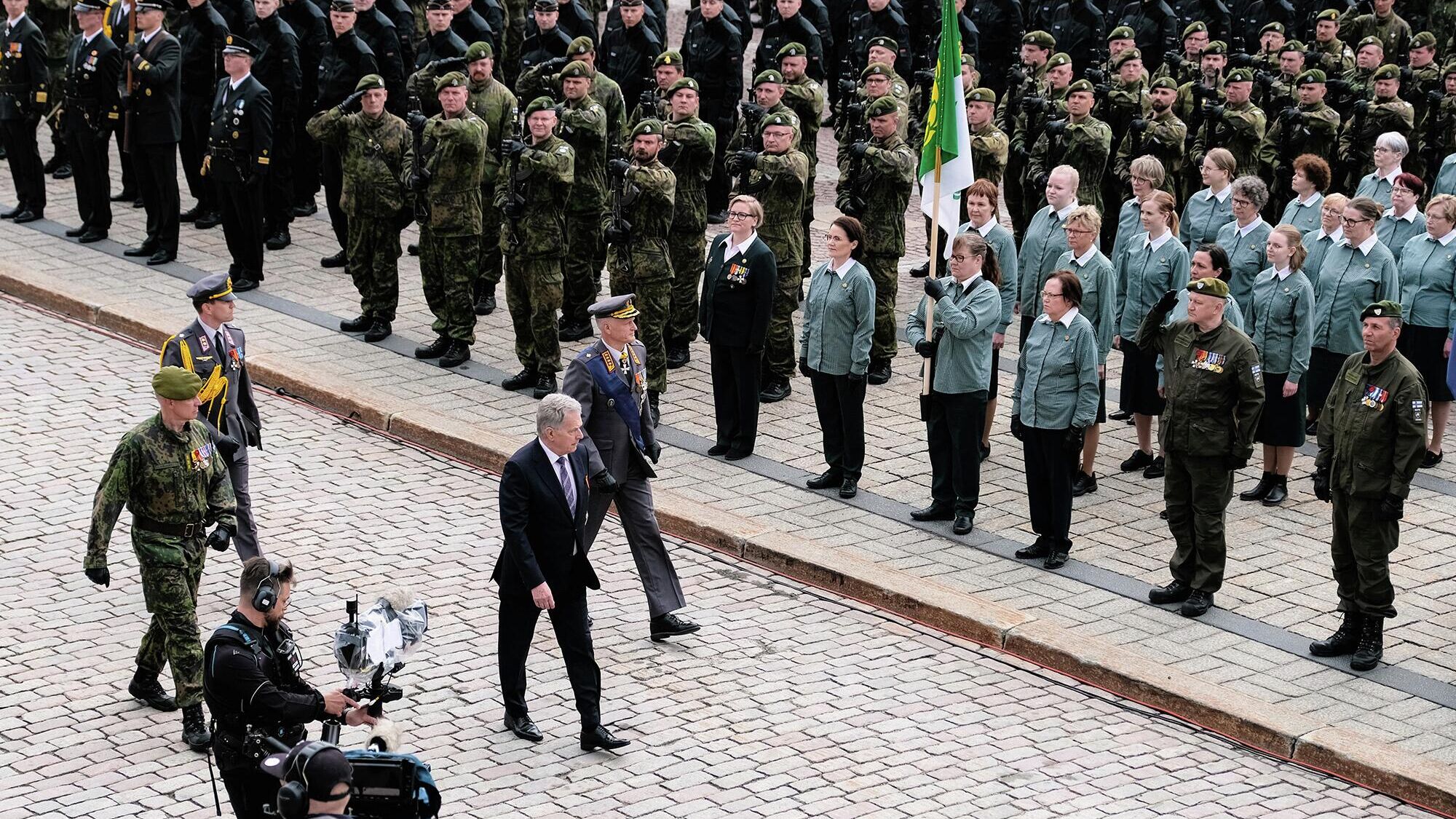 Finland has been preparing for a Russian attack for decades and will put up stiff resistance if it happens, its commander-in-chief said.

The Nordic country has built up a significant arsenal, but even beyond military hardware, Finns’ motivation to fight will be the deciding factor, Timo Kivinen said.

“The most important line of defense is between the ears, and the Ukrainian conflict proves it,” Kivinen said.

In the 1940s, Finland fought twice with its eastern neighbor, with whom it shares a 1,300 km border.

The once non-aligned power recently applied to join the NATO military alliance out of fear of a Russian invasion. After World War II, Helsinki maintains a high level of combat readiness.

“We are systematically developing defenses for exactly the type of hostilities that are currently being waged in Ukraine – with massive use of firepower, armored forces and aviation,” Kivinen said. “Ukraine will choke Russia, just like Finland.”

In the course of two wars against the Soviet Union, Finland lost one hundred thousand people and a tenth of its territory.

In wartime, the strength of the Finnish armed forces is 280,000, while in a country with a population of 5.5 million, there are up to 870,000 reservists. Unlike other Western countries, after the end of the Cold War, Finland did not abolish conscription for men.

Finland has one of the most powerful artillery arsenals in Europe and stocked cruise missiles with a range of up to 370 km. It spends 2% of its GDP on defense, more than a number of NATO countries.

In addition, Finland has ordered four new warships, as well as 64 F-35 fighter jets from US defense giant Lockheed Martin. Finally, it plans to order up to 2,000 drones and deploy high-altitude air defense systems, as well as erecting barriers on the border with Russia.

In a May 18 poll by the Ministry of Defense, 82% of respondents said they were ready to defend themselves if their country was attacked.

Still, Kivinen welcomed Finland’s decision to apply to join NATO. To date, Finland and neighboring Sweden are negotiating with Turkey, which opposed their entry. Ankara is outraged that Helsinki and Stockholm have imposed an arms embargo on Turkey and allegedly support Kurdish militants.

According to Kivinen, through NATO membership, Finland will strengthen its early warning capabilities and join the system of unified control over the alliance’s airspace. According to him, Finland would also benefit from a single system of deterrence, in which an attack on one member is considered an attack on the entire alliance.

However, “Finland itself will still bear the main responsibility for the defense of Finland,” he assured.

Biden critics in the US: Liberal praise only highlights the president’s failure