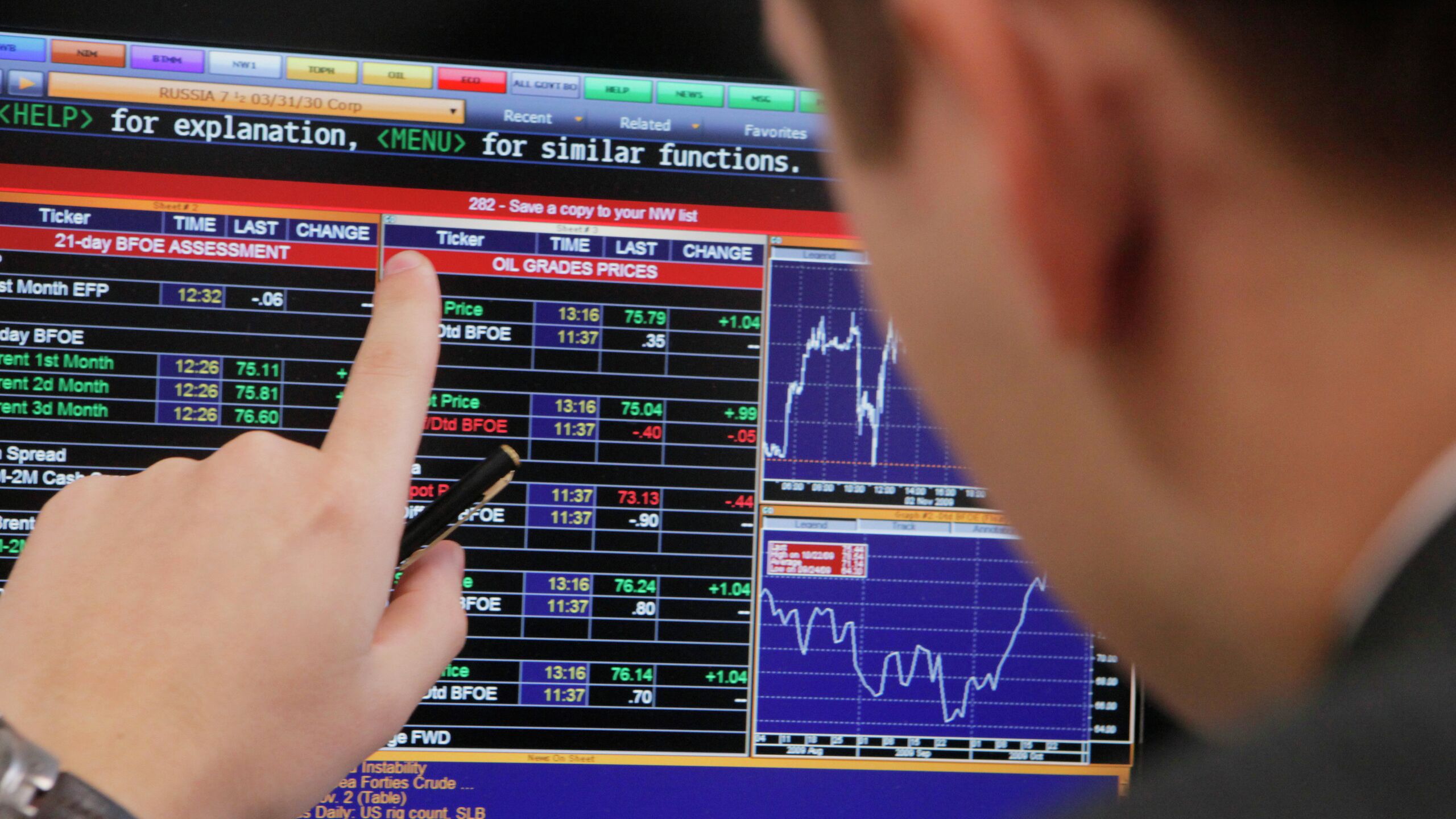 American hedge fund manager and multibillionaire Ray Dalio is considered an expert on crises. For the West, he predicts dark times and advises investors on how to save their assets.

SPIEGEL: Mr. Dalio, thanks to your hedge fund, you have become a super-rich man and have earned tens of billions in speculation. We are now saying that the world is facing a major economic crisis. Why are you so pessimistic?

Ray Dalio: I love studying significant events in history. I analyze cases from the past and compare them with those that are happening now, I trace the connection between causes and effects. For example, my foundation survived the 2008 global financial crisis relatively well because I had carefully analyzed the 1929 Great Depression before that. It helped me to anticipate the crisis.

“The numbers show that the United States is 70 percent past the big cycle of dominant economic power. The country spends more money than it earns and has run into a lot of debt. For new spending, the state must print even more money and incur even more debt, which will lead to increased inflation and political conflicts. At the same time, the conflicts are already so serious that they can end in a civil war. In addition, the country was on the eve of a war with China and Russia.

— As a businessman, I have learned to be as objective as possible. What I personally want should not affect my view of things. Everyone can understand my calculations, I have documented the results of my research in my new book. If we analyze the major events of the last 500 years, we can see that many great economic powers have followed the same path in the past.

— Financial and political problems are already obvious. It is not difficult to imagine that this could lead to civil war. I think it is very likely that neither the Democrats nor the Republicans will concede defeat in the 2024 presidential election. The decision would then have to be made by the Supreme Court, and it could be appealed by the states. After all, anyone who behaves moderately or is prone to compromise is now considered a weakling.

– Yes. Trump represents at least half of the Republican Party and there is no real alternative to him. His influence there is great. We now see a struggle of ideologies in American politics. This is demonstrated, for example, by Elon Musk’s attempt to buy Twitter. This deal is not at all about the economic reason, but about the impact on society. Because whoever controls Twitter will have more power over society than the Supreme Court.

– Common sense and history say that there are only two ways: either the state must increase its revenues in order to be able to service its debts in the future. Or it should cut its costs. The country cannot live beyond its means. Politically, the various camps should talk to each other again instead of continuing to fight.

“I think it is unlikely that the revenues of the state will grow in due measure, and the mania of our state to spend will decrease sufficiently. Much more likely is that the state will continue to actively use the printing press to produce money.

– The amount of money that will have to be taken from the rich in this case must be too large, since too many holes will have to be plugged. Raising taxes will only exacerbate conflicts in the country, and the government is aware of this. Therefore, it prefers to print money. The post office delivers checks to people, and no one complains about it. Everyone loves these gifts.

– If inflation has begun, then it is already too late to fight it in this way. Because raising key rates will stifle the economy. True, the Federal Reserve Banks are trying to keep a balance, but we will still stagnate.

– Yes. And this situation is exacerbated by global conflicts. In the case of the war in Ukraine, this is obvious. In addition, it is very likely that China will be drawn into an economic war with the West. This will make world trade even less efficient. First of all, food and energy prices may rise. This will have huge political implications. Inflation is a match thrown on dry straw. The right question is: How could the Federal Reserve Banks let this happen?

– Inflation is good for politicians because of high public debt. As long as key rates are below inflation, real debt is declining. Also, I have a feeling that the current generation of Federal Reserve bankers have not fully grasped the relationship between money and debt. These people do not know what real inflation is because they have never experienced it for themselves.

Four times as many people live in China as in the US. If China’s per capita income is even half that of the US, then China’s GDP will be twice that of America’s. And China is growing at a rapid pace. The per capita income in China has increased 26 times since 1984, when I first went there. The Chinese must be complete fools not to catch up and overtake the United States.

“I think the pandemic will only occupy China for a certain amount of time, perhaps for another six or twelve months. I proceed from the fact that it will not fetter the country for a long time, although it will leave scars. China is developing new vaccines that will be extremely effective. A more significant problem for China is the conflict with the United States.

— Perhaps the United States will impose sanctions against China. The US may try to discourage investment and business in China. Buying Chinese goods or even doing business in China can be equated with buying Russian goods, that is, an offense. This will harm both countries and the whole world, because China is closely connected with other states. 22 percent of US industrial products are imported from China.

– It’s right. But sanctions are the only weapon the US can use. So far, according to even the most pleasant assessments for us. the decrease in Russian GDP does not exceed 15 percent. This is not enough, the population will endure. Putin will have trouble staying in power when the economy shrinks more, say 40 percent.

– I do not know that. But even now I can tell you that the West is also suffering from these sanctions. Other states are aggressively freeing themselves from US government bonds, as they are afraid that they will be treated the same way as Russia. This changes the balance of power around the world.

“Everything reminds me of 1938 and 1939, when the world was on the verge of World War II. The two superpowers oppose each other, supported by various allies. Which side India takes will be decisive. The country can support the Russian economy if the West boycotts Moscow. In any case, the era of a globalized world with minimal trade restrictions and free movement of capital has sunk into oblivion.

— Pessimists or optimists are different people. I am a global macro investor, I manage the largest hedge fund in the world. I can’t afford prejudice.

– First of all, you should not invest your assets in cash in bank accounts or in bonds, because in essence you are investing money in other people’s debts. And at the same time you receive interest that does not cover the growing inflation. It is self-deception to regard bonds or cash as a reliable means of investment, because you have to pay for it with negative real interest, that is, a decrease in the purchasing power of your money. Secondly, you need to manage your assets through various investment methods and in different countries. For example, through stocks, real estate, gold or inflation-protected loans in different countries.

– I look at three things: do these countries earn more than they spend, that is, do they have a solid budget? What is the political situation there – is there a culture of cooperation there or are people grabbing each other by the throat? And how great is the danger that the country will get involved in a war? The countries I want to invest in have reasonable populations and don’t want to fight wars.

“I won’t say anything to that.

— I think cryptocurrencies are overvalued. Microsoft alone is worth more on the exchange than all bitcoins combined. There are people who are heavily invested in technology stocks, as well as bitcoin, and now they are losing money both there and there. Blockchain technology is a fantastic thing, don’t get me wrong. But I don’t think bitcoin has a chance of becoming a store of value.

This is the riddle that we all have to solve now: in what currency should we store our assets in the future and transfer them to others? It can be gold, diamonds or NFT technologies, the world has not yet made a final decision. A good currency is both a medium of exchange and a store of value, and bitcoin as a store of value simply does not work. By the way, the dollar, euro or yen are not suitable for this either. All of these currencies are losing purchasing power, albeit at different rates, and therefore not immediately noticed.

— I am now 72 years old. When I was still making money by investing, I kept my views to myself. Now I have entered a new phase of life. Sharing knowledge is the most important thing I can do. My new book builds on research I originally did for my firm and myself. But then a couple of people encouraged me to publish the results because they thought it was important. I also made a video…

— Why do you think people watch this?

“People write to me that from me they learn things about finance that no one taught them.

“For me personally, it means nothing. I have always preferred anonymity. But I am glad when people are interested in what I want to tell them, and even grateful for it. Before publishing my first book, I never wanted to do anything on social media. I thought it was something terrible. But now I’ve found it’s wonderful. The quality of communication there is exceptional. I can now do without the traditional mass media, which often write not what I said, but what they think I meant.

“Only one more.” It will discuss the principles of economics and financial investment. Principles are my forte, because I think mechanistically. Everything is based on cause and effect. When I write this book, I won’t write any more. Then I will calm down.