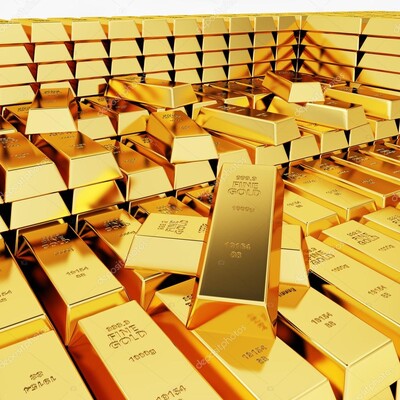 EU leaders intend to make gold an object sanctions against Russia in connection with the unmotivated war unleashed by her against Ukraine. This is evidenced by the draft outcome document of the upcoming EU summit, reports “Voice of America”.

The text is a compromise between the Scandinavian and Eastern European countries, which insisted on a clear reference in the document to the new, seventh package of sanctions, on the one hand, and countries such as Germany and Belgium, which call for focusing on the implementation of already developed measures, and not on the immediate introduction of new ones. , – with another.

According to officials familiar with the discussion, one of the possible targets for new sanctions are Russian gold assets. Gold is a critical asset for Russia’s Central Bank, which has faced restrictions on access to some of its overseas holdings under Western sanctions.

At a closed-door meeting last week, a Danish representative suggested that Russian gold should be one of the targets for further sanctions.

A source familiar with the matter told Reuters that the European Commission is working to add gold to the list of targets for the next round of sanctions, but it’s not yet clear if it’s about exports or imports or both.

Since the beginning of the Russian invasion of Ukraine, the EU has adopted 6 packages of sanctions against Russia and Belarus, however, some sectors of the economy, including gas, are practically not affected by these sanctions.

Work on sanctions will continue, including to strengthen implementation and prevent (their) circumvention, is what EU leaders intend to say after the summit, according to the latest version of the final communiqué seen by Reuters.

The EU summit will take place on June 23-24 in Brussels. On him Ukraine has every chance to get the status of a candidate member of the EU.

Putin’s aggression was made possible because of the weakness shown by Washington – Republican Congressman Michael McCall,