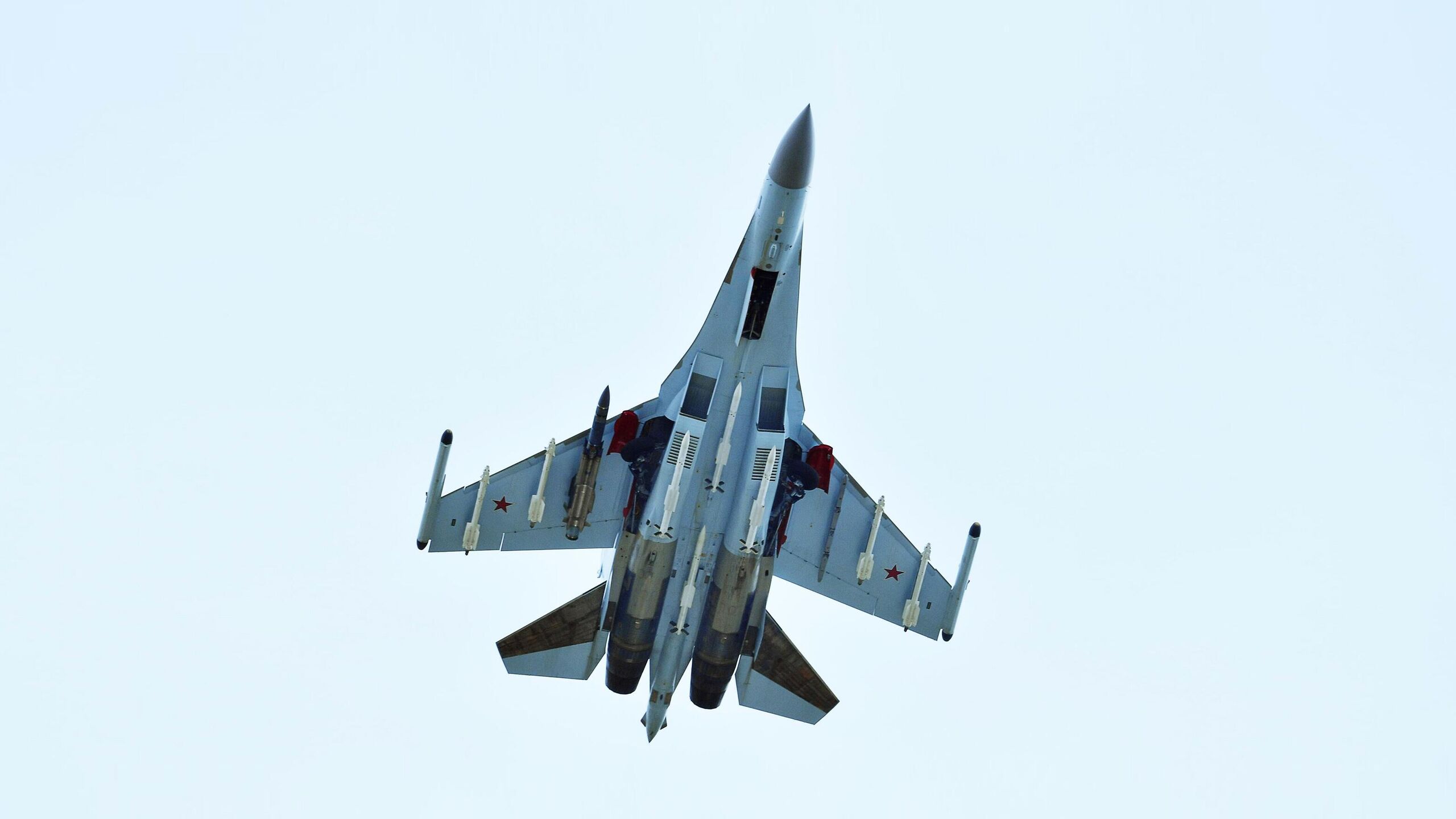 Although the first dogfights of jet fighters took place during the Korean War, they remain one of the most controversial fighter combat areas of the 21st century. Old planes are quite suitable for air strikes against land targets, and with the right ammunition and guidance units, even mediocre fighters will provide accuracy. Air battles are not so sparing: even a small loss in performance is fraught with defeat, the death of a pilot and the loss of equipment worth tens of millions of dollars. Since the 2010s, the capabilities of a fighter jet have increasingly been defined by its network-centric capabilities and available support assets, from drones and aircraft. AWACSto satellites. And yet, the capabilities of individual aircraft are at the forefront, and although leadership in dogfights is a controversial topic, the final list can be narrowed down to eight aircraft. indicators of availability or economic efficiency.

First delivered to the Chinese People’s Liberation Army (PLA) Air Force in 2016, the J-20 is one of two fifth-generation fighters already deployed at squadron level (along with the US F-35). However, unlike the F-35, its heavy twin-engine airframe accommodates a larger radar and more weapons, provides a significantly greater range, and allows it to fly much faster, at higher altitudes, and with much greater maneuverability. An improved version of the J-20A, launched in 2019, has become even less visible and received new WS-10C engines, becoming the only production fighter of its generation with supersonic cruising speed without the use of afterburners. The J-20 shares many similarities with the F-35, in particular its use of distributed aperture systems and advanced avionics-based sensor synthesis, both of which are ahead of America’s predecessor F-22 stealth fighter in this respect. The fighter is prized for its P-10 and PL-15 short and long range air-to-air missiles. Both claim to be powerful of their kind, with the PL-15 boasting greater range than Western competitors and access to active phased array radar (AFAR). Today, the J-20 is produced far more than non-Chinese counterparts, and as its capabilities rapidly improve, more and more analysts consider it the best in the world for air superiority.

The world’s first fifth-generation combat fighter, the F-22A Raptor entered service with the US Air Force in December 2005 after numerous post-Cold War delays and budget cuts. Its F119 engines, which were considered a technical breakthrough, provide the fighter with hitherto unsurpassed thrust, and stealth is considered unique to this day. The high performance of the F-22 at all speeds is complemented by thrust vectoring engines for increased maneuverability, while the F-22 remains the only Western fighter to use this technology. However, the aircraft was let down by avionics, which significantly degrades its performance at any range, not only in comparison with the F-35 and J-20, but even with modern modifications of fourth-generation aircraft – the F-15EX or F-15 Block 70/72. The AFAR radar is considered somewhat outdated, and its ability to exchange data with other flight units leaves much to be desired, and this undermines the network-centric capabilities of the 2020s. In addition, the lack of helmet-mounted sights does not allow him to compete within sight. The order to phase out the Raptor was given in mid-2009, less than three and a half years after the aircraft entered service, and due to the extremely high maintenance requirements and relatively low flight duration, a premature retirement is also planned.

The Su-57 is Russia’s second attempt at a major fifth-generation air superiority fighter after the highly ambitious MiG 1.42 program failed due to the economic and industrial downturn of the 1990s. The new fighter first flew in 2010, although due to production delays it has yet to enter squadron-scale service. Nevertheless, the Su-57 is the only one of its generation that has been combat tested in retaliatory missile strikes, deploying cruise missiles against Islamist rebels in Syria and ground forces in Ukraine, and boasts a number of unique features that are absent from both American and Chinese counterparts. . Although the Su-57 is not as stealthy as other fighters of its generation, thanks to six radars instead of one, it has the highest degree of situational awareness and the ability to simultaneously track 60 targets. Its multi-wavelength sensors also provide a wide range of electronic warfare and counter-stealth capabilities. This fighter has the longest flight range of all designed for air combat, it is more maneuverable than rivals and has an impressive range in the air (400 km) thanks to modifications to the R-37M missile. Thanks to the Himalaya electronic warfare system distributed over the airframe and long-range air-to-air missiles with AFAR, the Su-57 is extremely effective in all roles and, compared to Chinese and American counterparts, is a less specialized and more balanced design.

The only single-engine fighter of its generation, the relatively light F-35 was conceived as a cheaper analogue of the F-22. However, with the cessation of production of the F-22, he is increasingly ahead of him, especially in avionics. The F-35’s ability to combine data from a wide network gives it a significant advantage in situational awareness at long ranges, and the use of helmet-mounted sights allows it to hit targets at extreme angles in long-range combat – in a situation where the F-22 can not cope. At the same time, the F-35 has a relatively low maneuverability, low payload, and worse stealth compared to the F-22. Finally, almost 800 defects were identified in its design, due to which the Pentagon has not yet issued permission for full-scale production. To date, the fighter is limited by its initial capabilities, but has significant potential, especially if its high operating costs can be reduced and made more affordable. The F-35 was designed primarily for air strikes, hence the name of the program – the Joint Strike Fighter – but with current issues resolved, its secondary air-to-air capabilities also represent significant potential.

The MiG-31 is the largest air combat aircraft in operation today and perhaps the most combat-ready fighter-interceptor in Russian service. Its upgraded specialized versions are also used for anti-satellite operations and as strike fighters with hypersonic missiles. MiG-31s ​​(NATO reporting name: Foxhound or “Foxhound”) are equipped with the largest radars of any fighter or interceptor and are capable of operating at Mach 2.8. The MiG-31 was designed to launch missiles from space, so the features of the airframe only enhance the capabilities of the main armament – the R-37M missile, which boasts a range of 400 km, a speed of Mach 6 and a warhead weighing 60 kg. This oversized missile is a contender for the most dangerous in the world, and although it is too heavy for most fighters, the MiG-31 can carry up to six R-77-1 missiles along with six shorter range missiles. MiGs can fly supersonic for long periods of time, have long ranges, operate in extreme temperatures and land on icy runways. All this makes them ideal for defending Russia’s increasingly contested Arctic frontiers. Whether the modernization of the aircraft will continue after the mid-2020s depends largely on how far its successor, which is being developed under the PAK DP (MiG-41) program, has advanced. Plans for an even more ambitious successor from the Soviet era (the MiG-702) were curtailed with the collapse of the superpower.

China acquired its first three Su-27 fighters from the USSR in 1991 and subsequently invested heavily, first in licensed production and then in the development of even more efficient versions of its own. While the Su-27 is considered by many to be the deadliest fighter of the Cold War era, and its derivatives form the backbone of Russia’s fighter fleet, the Chinese PLA is now buying J-16 derivatives on an even larger scale. The J-16 builds on features of the original design such as high range, enhanced sensor array, excellent flight performance with limited stealth capabilities, fifth-generation avionics, and advanced weaponry, most notably the PL-10 and PL-15 missiles. The aircraft can carry a large air-to-air missile, the PL-XX, which is believed to have the longest range in the world. The fighter has been playing a major role in the modernization of the PLA Air Force since the mid-2010s. The single-seat J-15B, another derivative of the Su-27 based on the same technology, is designed for sea deployment. At the same time, the fighter itself is more focused on air superiority and has the same characteristics as the J-16. The J-16 avionics also formed the basis for the upgrade of older Chinese variants of the Su-27, namely the J-11B series to the J-11BG, which also combines high performance with modern sensors, missiles, communications and network-centric capabilities.

Coming to the Russian Air Force since 2014, the Su-35S was created on the basis of the Su-27 and absorbed the developments tested in the 1990s on improved derivatives of the Su-27M, Su-37 and Su-35BM. Its appearance was preceded by significant delays due to lack of funding: available technologies were ready in the 1990s, but at first they were offered only for export. The Su-35S boasts three radars, including two with an L-band AFAR optimized for electronic warfare and anti-stealth missions, and its engines are more powerful than those of other modifications – in terms of thrust they are second only to the F119 with the F-22. At the same time, this provides excellent flight characteristics to his much lighter glider. In addition, the Su-35 was the first of the serial fighters to receive engines with a three-dimensional thrust vector. While the Su-35 lacks advanced avionics, stealth, and powerful Chinese missiles, it has a much longer range, climbs faster, and maneuvers beautifully. The aircraft was designed to compete with fifth-generation NATO fighters – in particular, the same F-22s. A number of technologies, including AL-41 engines, have been used to upgrade older Su-30 fighters to the Su-30SM2 standard.

Coming into service in 2021, the F-15EX is the latest version of the fighter, which has been in service since 1975. Because the F-22 program never provided a viable successor, the F-15 continues to be produced. The only Western heavy fighter still in production, the F-15EX lacks the F-22’s enhanced stealth but surpasses it in most other areas. The fighter is much more versatile, carries a range of air-to-ground and anti-ship weapons, has a more powerful radar and infrared search and tracking system, and is much less maintenance-intensive, so it can be kept in better operational readiness. Thanks to modern avionics, the F-15EX is much better suited for network-centric operations and carries a much larger arsenal of air-to-air missiles. The deployment of large, long-range missiles is also expected in the future. The fighter has a greater range than the F-22, and for long-range combat, helmet-mounted sights are available for firing at extreme angles.

Monkeypox – Kuzin told what it is and whether it threatens Ukraine