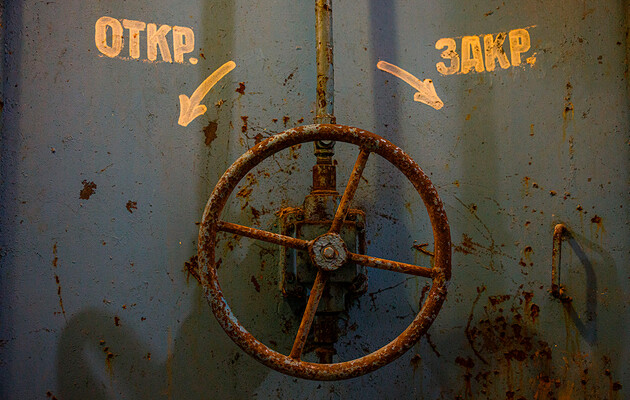 Russia has damaged or destroyed many of Ukraine’s industrial facilities, and rebuilding them will leave the temptation to do so quickly and cheaply. So, with old approaches and the same old technique. Whereas the presence of legal requirements to use modern equipment and practices will stimulate recovery with the thought not only of saving money, but also of the health and safety of people and the environment.

And this can be done now, if the deputies had enough political will to protect the interests of the people of Ukraine, and not industrial polluters. Ahead is a long way to restore everything destroyed by Russia, including industrial facilities. And it depends on what this path will be, whether the cities cherished in dreams with clean air will become a reality. It is not enough to revive the industry, it is necessary to restore it more “green” using the best technologies and practices. Our economy and state must abandon the Soviet industrial heritage, not only for the sake of economic progress, but also for the sake of the environment.

For example, even before the big war, in December 2021, there were several explosions at Burshtynska TPP – one of largest air polluting enterprises in Ukraine. The potential cause of the explosions is called wear and tear equipment. The State Ecological Inspectorate of Ukraine (SEI), as an environmental control body, was supposed to supervise and prevent the occurrence of such threats to the environment and local residents, but inspectors were not allowed to routine and unscheduled inspections, and the company received meager fines for this. By the way, now such a fine is only 760 UAH. The lives and health of people are so cheap for the biggest polluters.

There are two pieces of news: one is good, the other is not so good. Ukraine has already developed tools that could prevent harm from the Burshtynska TPP and similar enterprises. This is the bill №6004-2 “On ensuring the constitutional rights of citizens to a safe environment for life and health” (hereinafter – No. 6004-2) and the bill №3091 “On State Environmental Control” (hereinafter – No. 3091).

The second news is that in the pre-war period, people’s deputies not really hurried to consider these bills, and the industry and close associations not really wanted to be voted on at all. So now, all the more so, any environmental issues are “out of time”. Although the process of restoring Ukraine has already begun, and these bills are important throughout the entire period.

Below we will understand why nothing was done in Ukraine to improve the quality of the environment and whether the situation can change after the victory.

Calculate the first or second! Who do the alternatives to #6004 work for?

Bill No. 6004 is identical to the bill №4167which people’s deputies considered three times and finally failed in July 2021.

This bill provided for the establishment of one integrated permit, which enterprises would receive instead of three different ones (water, air, waste), and when issuing it, it would be the cumulative impact of the enterprise on the environment that would be taken into account. It was also supposed to introduce an electronic system for issuing integrated permits, which would make the procedure as transparent as possible. Also, an integrated permit would establish requirements for the application of the best available technologies and appropriate monitoring and control over the activities of the enterprise. His successor No. 6004 was registered in the Rada in September 2021, and with it two alternatives.

No. 6004-1 represents the interests of business and allows the main pollutants not to be upgraded for another 20 years or more. Instead, option #6004-2 is identical to the main bill, but with some innovations in terms of monitoring using automated real-time measurement systems, the procedure for issuing and canceling an integrated environmental permit.

Without it, the enterprise cannot conduct or start its activities. And if an enterprise is already operating, for example, Burshtynskaya TPP, then it will have to be modernized so that its emissions do not exceed the maximum standards, as well as introduce the best available technologies and management methods (BAT) that will help reduce environmental harm and have already proven this in practice in EU countries.

All enterprises that pollute the environment are forced to constantly monitor emissions from the pipe, the data of which must be available around the clock. Such measures will contribute to the improvement of the ecological situation in industrial regions and, most importantly, will preserve the health and life of citizens.

Any modernization of the industry requires significant financial investments. Therefore, the main polluters frankly do not want to use European LDTM, but plan to make their own, “national” ones. They also propose to exclude monitoring on the pipe so that emissions cannot be controlled, or else create a so-called transitional plan that will postpone real modernization for 20 years or more. That is, enterprises and specialized associations are trying in various ways to block the passage of the European integration bill No. 6004-2. Meanwhile, people’s deputies are in no hurry to consider it and take it to the session hall of the Verkhovna Rada.

Now the bill should be finalized in the Ecocommittee of the Verkhovna Rada and adopted in Parliament. And in the face of strong polluter resistance, the bad experience of the failure of the previous bill, and the constant “not in time” argument, the public should also keep a close eye on the process and be reminded that after victory, we will continue to live in this country, so we must make it cleaner.

Implementation cannot be ignored. How to force industrialists to comply with regulations

Let’s imagine that our utopia has become one step closer, bill No. 6004-2 is finally passed and the industry is forced to reduce its impact on the environment. But will we win the fight for a clean environment? Not really.

Even the most perfect norms will not work if they can be violated and remain unpunished (or, as in the case of the same Burshtyn TPP, get off with a small fine). So, in addition to strict requirements, there should be no less strict supervision, which the main control body in this industry, the State Environmental Inspectorate, cannot provide, because it does not have the necessary levers and powers.

And here comes the second saving bill – No. 3091, designed to reform this system of state environmental control. Here we are not talking about reforming the SEI – it will be liquidated and replaced by a body with powers that will help to effectively prevent, detect and record violations of environmental legislation and bring the main polluters to justice.

How exactly will this work in practice?

If No. 3091 had been adopted earlier, the environmental control body could have legally carried out an inspection of the enterprise, the same infamous Burshtyn TPP, without hindrance. Upon the fact of the inspection, issue an inspection report on compliance with the requirements of the legislation in the field of environmental protection. If there are violations, then draw up an order to eliminate violations. Burshtynska TPP should have eliminated them in due time, and then its activities would have met environmental standards, that is, an explosion could have been avoided.

If the Burshtynska TPP had not eliminated the violations, then the environmental control body could have stopped the activities of the enterprise through the court, and the explosion could have been avoided, and with it environmental pollution, harm to workers and local residents, and the death of an employee. In the event that Burshtynska TPP refused to allow inspectors to check without justified reasons, it would pay a fine of 100-300 minimum wages, and not 760 hryvnias. Such activities of the state environmental control body would ensure the right of citizens to a safe environment for life and health, and not the right to earn on the health of Ukrainians. This is how the European “polluter pays” principle works, as opposed to the Soviet “if only it works” approach.

Who puts pressure on the brakes with acceptance No. 3091

It is clear that Burshtynska TPP or any other enterprise is not interested either in paying a fine or in stopping the enterprise. Therefore, it directly or through specialized associations restrains or even block consideration and adoption of the bill. Therefore, business continues to use gaps in the legislation: it does not allow inspectors, changes the working hours of the enterprise or its location.

On July 15, 2021, at an extraordinary meeting of the Verkhovna Rada, people’s deputies accepted No. 3091 in the first reading. It would seem that the first step has been taken, and over the course of several months it will be considered in the second reading and adopted as a whole. But almost a year has passed, and the ecocommittee has not even begun to finalize it.

So the story with this bill is identical to the previous one – the industrial lobby is resisting, the deputies are dragging it out, and people continue to take risks due to environmental pollution. However, the solutions for both of these bills are quite simple, if you have enough common sense. It is time for deputies to take care of the post-war safety of their voters, finalize the bill in the eco-committee and adopt it as a whole as soon as possible. And the government and responsible ministries after that should just as quickly adopt all the necessary changes so that the environmental control reform contributes to active work.

After all, the sooner the deputies adopt bills No. 3091 and 6004-2, the closer to reality the dream of clean air will become. The military and volunteers are now fighting for our country against the Russian invaders, and thanks to them we can continue to work – each in his own field. And we must continue to build a modern country, including in the environmental sector.

NATO has expanded. And it’s Putin’s fault, of course.

Podolyak reacted to Medinsky: Ukraine will fight with Russia until the victorious finale – Ukrainian news, Politics