German environmentalists forgot about Nord Stream 2 and attacked the project to create LNG terminals on the coast of Germany. 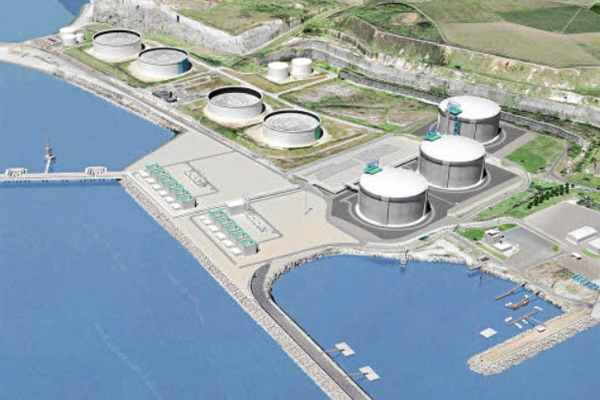 In particular, the organizations Deutsche Umwelthilfe (DUH), Deutsche Naturschutzring (DNR), Bund fr Umwelt und Naturschutz Deutschland (BUND), Germanwatch, Greenpeace, WWF and the Nature Protection Union (NABU) published an open letter to members of the Bundestag from the ruling coalition consisting of the SPD , the Greens and the FDP.

In the message, environmentalists were sharply criticism a law developed in Germany that will speed up the construction of terminals for receiving liquefied natural gas (LNG), the DPA agency reports. The authors believe that the law, in its planned form, provides for excess supplies of natural gas and jeopardizes compliance with the climate protection law.

At the same time, it is clarified that environmentalists do not completely reject the bill. However, they call for a number of changes to be made to it. First, the law must clearly define how serious the impending energy emergency is and what LNG capacity is actually needed to overcome it. Ground fixed terminals for receiving LNG, unlike the FSRU, in their opinion, should not be included in the law at all. After all, ground regasifiers will be ready for use only in the medium term.

Secondly, organizations are calling for a sharp reduction in the period of validity of permits for the use of LNG terminals – until the end of 2030 instead of the end of 2043. A longer time frame is inconsistent with the government’s climate protection goals and hinders the planned expansion of the green hydrogen economy. And third, the planned suspension of the so-called environmental impact test should only apply to floating LNG terminals that could be ready for use this winter.

Four regasification terminals to be built in Germany

Recall that the German authorities intend to to spend up to 3 billion euros for the commissioning of four terminals for receiving LNG. According to Handelsblatt, citing a letter from the Ministry of Finance to Bundestag Chairman Barbel Bas, the terminals will be built within the next ten years. According to the newspaper, the German Finance Ministry has already allocated funds without prior consultation with the budget committee of the Bundestag.

According to the document, this step was necessary for “good reasons.” The goal, according to the publication, is to import liquefied natural gas to ensure Germany’s gas supply.

At the end of March, the German Ministry of Economy and Climate Protection announced that the German government had acquired options for three floating LNG terminals through RWE and Uniper to further improve the reliability of supplies to the country. At present, Germany cannot refuse the supply of Russian energy resources, but is working on it.

And recently, the German government approved a law that will speed up the construction of regasification terminals. The purpose of the law is to complete all procedures for coordination and approval, as well as the provision of state orders and concessions much faster than is possible in accordance with current legislation. Such a move allows to quickly obtain permits and integrate LNG into the German market. In particular, regulators should be able to temporarily suspend certain requirements, such as environmental impact assessments. :///

Message Ecologists of Germany pounced on the project to create LNG terminals first appeared on TECHNOBLOG.