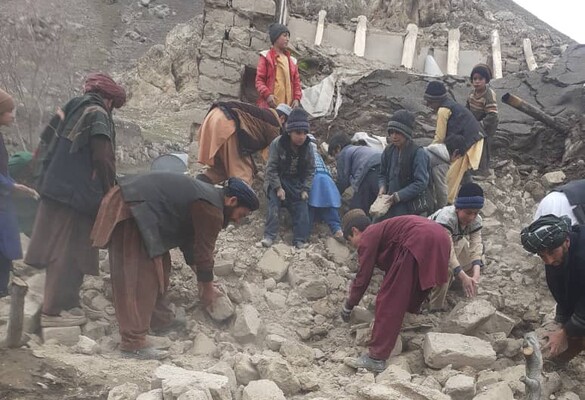 More than 900 people died, 600 were injured on the morning of June 22 in Afghanistan as a result of earthquakes of magnitude 6.1. According to APthe number of victims is 920, according to Reuters – 950.

The meteorological department of neighboring Pakistan said that the epicenter of the earthquake was in the Afghan province of Paktika, not far from the border and about 50 kilometers southwest of the city of Khost.

The European Seismological Agency (EMSC) said the tremors were felt over 500 kilometers in Afghanistan, Pakistan and India, where about 119 million people live.

Insane destruction is explained, in particular, by the fact that the houses in these provinces are not built with high quality.

“Rescue operations can be tricky as many international aid agencies left Afghanistan following the Taliban’s takeover of the country last year and the chaotic withdrawal of the US military from the longest war in its history,” the report said.

Read also: Russian losses for three places in Ukraine are the same as those of the Union for the entire war in Afghanistan – British intelligence

An earthquake in a remote part of Afghanistan has killed at least 280 people and injured hundreds.

The ban on Russian culture has raised doubts in the United States: are we helping Putin?

“Only drug lords and arms dealers are interested.” Does Russia need a crypto-gold ruble under sanctions

MIGs from Slovakia: under what condition will the Slovaks replenish the Ukrainian military aviation?

In Europe, they began to spend gas reserves for the winter due to a decrease in supplies through the Nord Stream