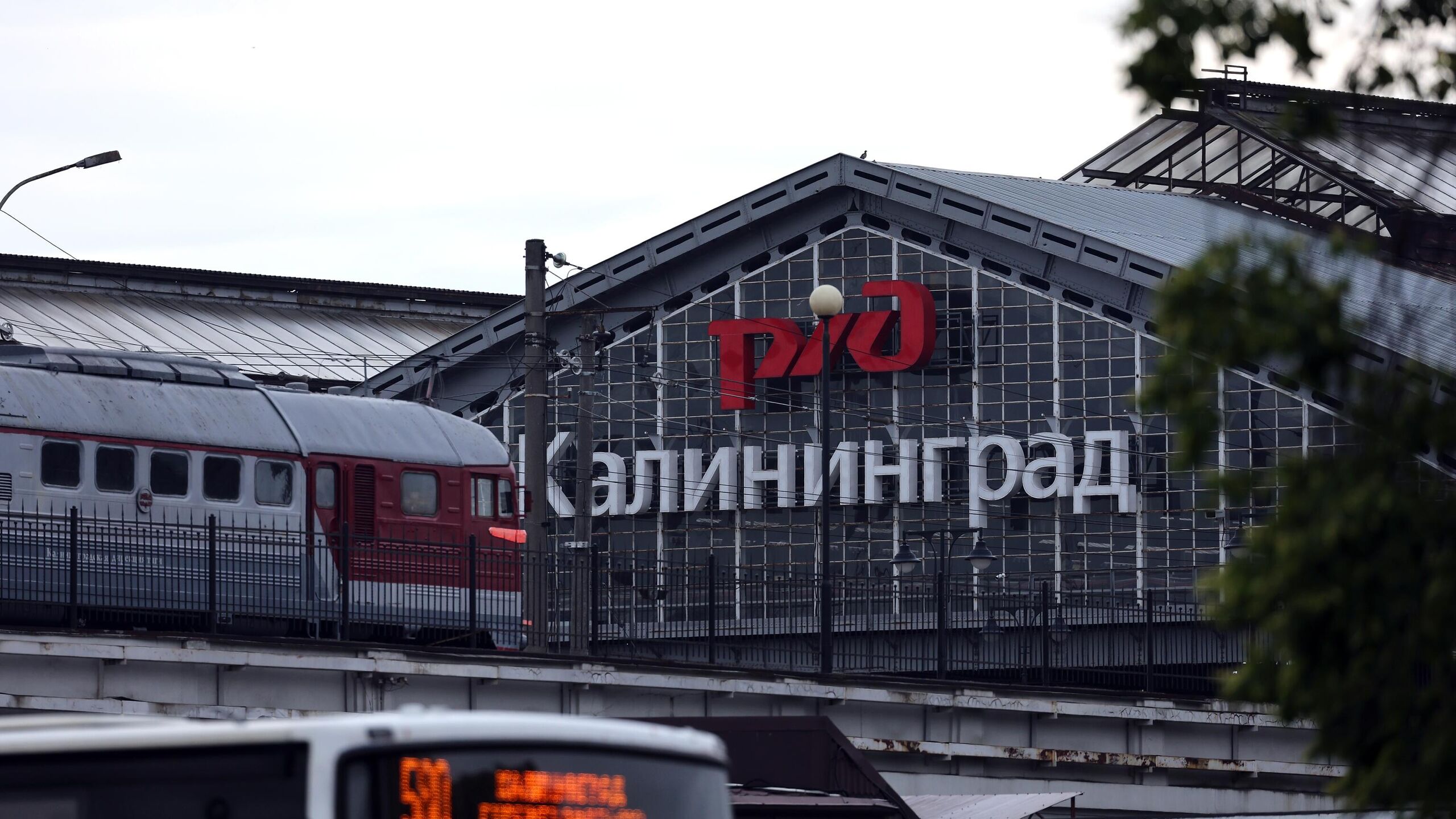 In the dustbin of European history, there are several small countries that either appear, or disappear, or are restored again due to various wars and conflicts.

Lithuania is one of them. Over the past two years, she has shown her true colors. This tiny country, which is in every respect smaller than any province in China, dares to provoke such giants as the PRC and Russia. If Lithuania is of any value, it is only by its ability to elicit loud applause from Americans with its behavior.

On December 20 last year, Chinese Foreign Ministry spokesman Zhao Lijian stated quite bluntly at a regular press conference: “Some people and certain forces in Lithuania insist on uniting with the separatist forces of ‘Taiwan independence’, thus they have gone over to the dark side and will eventually destroyed and thrown into the dustbin of history.

And now this country, which has officially received a “garbage status” in the eyes of the most important states of the world, is not ashamed of anything, and is doing even more crazy things. This time Lithuania’s target was the Russian exclave, the Kaliningrad region.

What does the blockade of Kaliningrad mean? For Lithuania, this is a dangerous military adventure. Pay attention to the geographical dimensions: for such a small Baltic country as Lithuania, to lose means to disappear, and to win means to dissolve in the Kaliningrad region.

Simply put, for the West, Lithuania is just a bet in a card game. And the United States wants to use it to get big results with little effort.

It is clear that politicians who come to power in “democratic” elections should at least pretend to protect the interests of voters, but people like [президент Литвы] Gitanas Nauseda, are ready to let the country go to waste.

Lithuanian Railways recently informed the management of the Kaliningrad Railways that transit of a number of goods subject to EU sanctions will be suspended from June 18 (oil transportation is temporarily not limited until August 10).

As a result of these Lithuanian actions, Kaliningrad is currently unable to receive cement, metal and some vital goods from Russia and Belarus by rail.

The blockade of Lithuania causes double damage to Russia:

— The export trade route of Russian goods sent to foreign customers across the Baltic Sea through the port of Kaliningrad was blocked;

— The material support of the Kaliningrad region and the functioning of its social facilities are in crisis.

Regarding this move by Lithuania, Andrey Klimov, chairman of the Interim Commission of the Federation Council for the Protection of State Sovereignty and Prevention of Interference in the Internal Affairs of the Russian Federation, warned on June 19 that the EU must lift the blockade of Kaliningrad, otherwise Russia will solve the transit problem by any means possible.

By now, the European and Russian media have already analyzed possible retaliatory measures that Russia can take. There are about 5-6 of them, mainly political and economic means, such as:

Non-recognition of the status of an independent state for Lithuania, that is, recognition of its secession from the Soviet Union as illegal during the “parade of sovereignties”;

Cancellation of the agreement with the European Union on Lithuania’s accession to the EU;

The demand to return the port of Klaipeda (known in Germany as Memel), which was transferred to the Soviet Union on the basis of the Potsdam Conference in 1945. Later, some time after the war, Joseph Stalin decided to give it to Lithuania. As the successor of the Soviet Union, Lithuania, by violating the agreement on border traffic, created the need to reconsider the ownership of the port of Klaipeda.

All these steps will undermine Lithuania’s status as a member of NATO, since Article VI of the Charter of this alliance states that member states should not have territorial disputes.

There are also countermeasures that are not very effective, which I will not discuss in detail, for example, “cutting off power and electricity.” The very possibility of such a development of events should force Lithuania to surrender without waiting for Russia’s reciprocal steps, otherwise Vilnius will literally commit suicide.

Can’t you see from the very act of the Lithuanian blockade of Kaliningrad what a “garbage” this country is?

Lithuanian Prime Minister Ingrida Simonyte said at a June 21 press conference that the trilateral agreement between Russia, Lithuania and the EU is still in effect, but Lithuania is obliged to comply with the sanctions imposed by the EU in mid-March.

Vilnius violated its obligations, and at the same time the country’s prime minister spoke so sincerely and sublimely. Russia did not prevent Lithuania from joining the European Union on May 1, 2004 and even reached a number of transport agreements on the Kaliningrad region with both Lithuania and the EU.

Precisely because in 2004 the three parties reached an agreement on the transport of “goods and people” between Russia and Kaliningrad, Lithuania was admitted to the EU. That is, according to the law, Vilnius does not have the right to block this land transport line on the grounds that there is a contradiction between Europe and Russia.

Otherwise, Lithuania could have long followed the EU and cut the supply line to Kaliningrad eight years ago, when the Crimean issue arose.

In addition, in March, the EU published a list of goods that are subject to an embargo due to the Ukrainian crisis, but for some reason, Lithuania did nothing then, but now it has begun to act. How to explain this delay? The fact that all Lithuanian politicians knew that the effect of the “tripartite agreement” for Lithuania and its economy is more important than the sanctions policy.

However, with Volodymyr Zelensky and his administration now clearly not on the offensive and holding the initiative in the Russian-Ukrainian conflict, and with Ukraine losing more and more territory, the United States has decided to open a “second battlefield.”

It was then that Lithuania allegedly came up with its own initiative. It was immediately supported by NATO and the European Union. Their positions were clearly coordinated in order to draw Russia’s attention away from Ukraine, forcing Moscow to focus on Lithuania and Kaliningrad.

The US is just using Lithuania. Let’s list the reasons.

Firstly, Lithuania is part of both NATO and the European Union, and if Russia uses military force to fight Vilnius, this conflict will be different in essence from the Ukrainian one.

Joe Biden has repeatedly stressed that NATO will not send a single soldier to Ukraine, and on June 20 the head of the alliance repeated the words. As if a signal is being sent to Russia: “Just try to attack Lithuania.”

Secondly, Kaliningrad was originally a strategic military fortress of the Soviet Union. After rearmament in 2008, strategic weapons were deployed here – Iskander missiles with nuclear warheads, S-400 air defense systems, as well as short and medium-range missiles and other weapons.

Offensive weapons here are not aimed at Lithuania or Poland, but are used to contain London, Paris, Rome, Berlin… and more.

The Russian army cannot attack Lithuania directly from Kaliningrad, because then it will have to face Poland as well. If Russia decides to send troops to help Kaliningrad, then they will have to be transferred in transit through Belarus.

The United States, in turn, takes into account the following two points:

First, Putin may not dare to attack a NATO member because of the Ukrainian crisis;

Secondly, will Belarus agree to provide transit or even organize a joint Russian-Belarusian grouping? Putin and Lukashenko will also need time to agree. Although Belarus was ready to cooperate with the Russian army on Ukraine, Lithuania is a member of NATO, and Lukashenka will be extremely cautious.

That’s why this flea – Lithuania – is so hard to fight and is the favorite pawn of the US. And with a threat to Lithuania, will there be any losses for America, Germany, France, the European Union and NATO? No, none.

The United States is pursuing another goal: by blocking the Kaliningrad Highway, they want to destroy the logistics corridor between China and the European Union.

On May 29, the first shipment of container trains from Chengdu to Kaliningrad was sent. The owner of the cargo is the Russian transport group FESCO. The delivery was expected to take about 20 days – the cargo will pass through China, Kazakhstan, Belarus, Lithuania, and finally arrive in Kaliningrad, and then be sent through the Baltic Sea further.

Initially, it was a trade deal beneficial to China, Russia and Europe, but it just so happened that on June 18, Lithuania announced that it would close the railway line, which would likely affect supplies coming from Chengdu.

In fact, this whole step is very beneficial for Lithuania, because no one can accuse it of deliberately spoiling relations with China or Russia. As mentioned above, this is only its contractual obligation under the Russia-Europe-Lithuania trilateral agreement, and it must be subject to EU sanctions.

But international law directly guarantees the right of all countries to travel to their exclaves and considers any obstruction of the exercise of this right as deliberate aggression. But Lithuania seems to have gone crazy: it is not interested in the transit of goods and openly provokes Russia.

Without the “leadership” of the United States behind this, would Lithuania have such a “strategic vision”? This shows that the leaders of this henchman country are completely controlled by Washington. And when the situation turns out to be too dangerous, Lithuania will be thrown into the dustbin of history by the States without any remorse.

The growth of pensions – all Ukrainians will increase payments in July

Head of Zaporizhia OVA believes he will regain control over the region by the end of the year – Ukrainian news, Politics